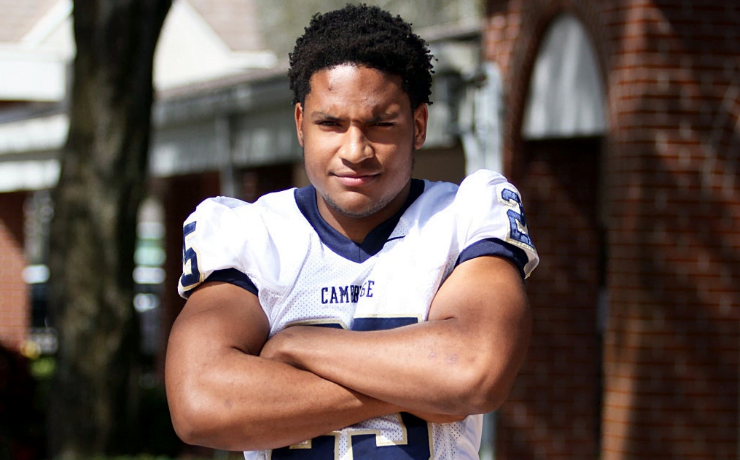 Oklahoma State enters the 2020 calendar year without a commitment at running back, and with Jahmyl Jeter gone and Chuba Hubbard (likely) gone, the position figures to be a priority in the weeks leading up to national signing day in February.

OSU continues to recruit Ladamian Webb and Kevontre Bradford (and not Daniyel Ngata; more on that here), but it can’t afford to miss on either. And based on how OSU has found success in the transfer portal of late — with commitments from DL Collin Clay and OL Josh Sills — it’s not unreasonable to think it may go that route to try and solve its need at the position. And if it does, here are three names to keep an eye on.

As part of the 2016 recruiting class, Dae Williams was an under-the-radar talent from Sapulpa, Oklahoma, who drew late Louisville interest and committed to the Cardinals just a few weeks before signing day. He played in six games as a freshman after redshirting in 2016, rushing for 235 yards on 38 carries (6.2 YPC.) He then carried it 22 times the following year before sustaining a season-ending injury. He did not play in 2019.

OSU recruited but never offered Williams, but his size could be worth taking a flyer on. He’s battled injuries throughout his career (tore his ACL in 2017), but he’s been productive and efficient when healthy.

Oklahoma State offered Cunningham when he was a recruit in the 2018 cycle, as did Alabama, Oklahoma, Arizona … and more than 60 other schools. He landed at Georgia Southern after a knee injury his senior season derailed his prospects at parlaying his high school success into a power five destination. Even with the risk of injury, Cunningham’s blue-blooded background may be worth considering, though his transfer in the wake of J.D. King’s arrival (former OSU running back) may speak to how far back the injury set him. Talent-wise out of high school, Cunningham > King. Now …. it may be a toss-up. If he’s fully healthy he’ll almost certainly upgrade from Georgia Southern to a power five program.

After playing in 12 games in both 2017 and 2018, Pettaway retained a redshirt by playing only four games in 2019, meaning he’d be immediately eligible in 2020. His best year in college came in 2018 when he rushed 98 times for 623 yards (6.4 YPC) and scored seven times. He’s not a home run threat at running back, but when he has the opportunities as a ball-carrier he’s taken advantage of him. A chance to upgrade from WVU to OSU would probably be appealing.