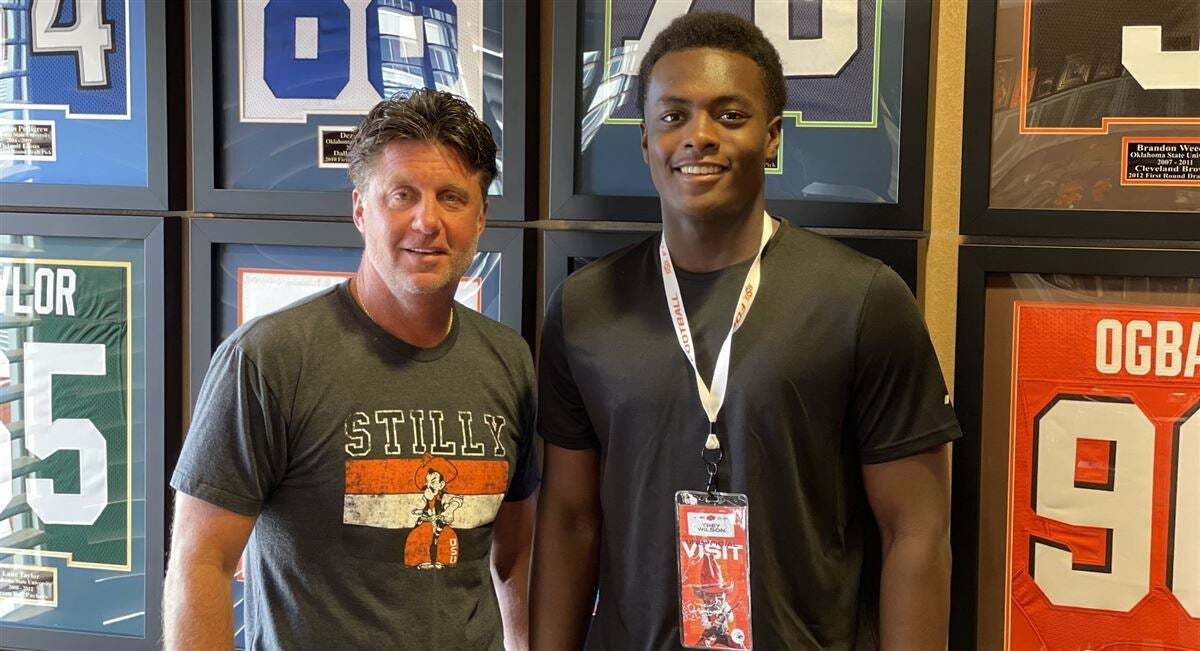 Oklahoma State made it to the final eight for three-star defensive lineman Trey Wilson, who on Monday announced he has trimmed his list down from 32 and included the Pokes — along with Utah, Miami, Baylor, Stanford, Nebraska, Washington and USC — in his short list of finalists.

Wilson is a 6-foot-3, 230-pound edge rusher from Lakeview Centennial in Garland, Texas. OSU has long thought to be a legitimate contender despite nearly three dozen offers in part because it was his first offer back in January 2021. Wilson, for his part, has reciprocated interest with several trips to Stillwater since the offer.

Mike Gundy and his staff have had a really nice run on the recruiting trail of late by landing commitments from three-star WR Camron Heard and three-star cornerback Dylan Smith in the last two weeks. Their commitments have vaulted the Pokes into the top 25 of the national rankings.

As far as space, there’s plenty for Wilson in the 2023 class even as it grows. Only two of the nine commitments are slated to play defensive line (another is projected to play edge), and there’s still enough room that they have continued to make Wilson a priority as he wades through his recruitment. A commitment from him would give the Pokes’ already-solid defensive line class a major boost, and he’d arguably (given his offer sheet) be the most highly touted recruit in the class.