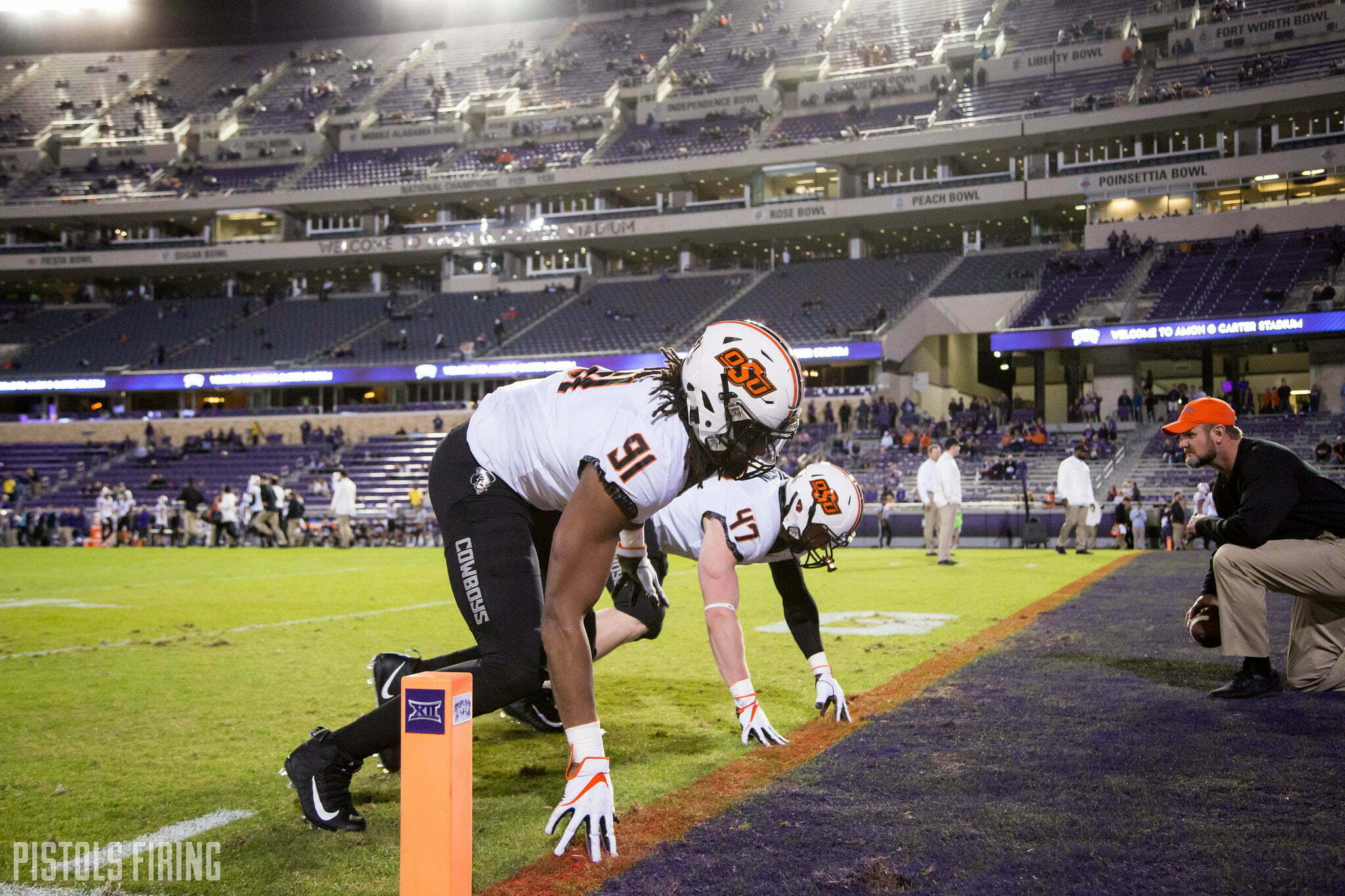 It was announced recently that the Big 12 would pay out $38.8 million to its 10 teams. That’s a lot of money, and there is a lot going on here that we need to dive into.

Here are three takeaways I had from the news.

1. Not all years created equal: According to the Dallas Morning News, Oklahoma State benefits (along with its Big 12 brethren) because its second-place team made a NY6 game.

This year, Big 12 members have plenty of reasons to be happy — again. Bowlsby announced Friday the conference will distribute $38.8 million per school, up from nearly $36.5 million last season. By having Oklahoma and Texas in New Year’s Six bowls, the Big 12 gained an additional $6 million. [Dallas Morning News]

Also, I think this news on the Cotton Bowl from Jake Trotter a year ago is pretty noteworthy, although I don’t know the line-item breakdown of how all this year’s revenue came in.

2 notes on this: 1) These Pac-12/ACC revenue numbers are for the previous fiscal year. 2) But Big 12 lost about $40 million from the Sugar Bowl being a playoff game. B12 will get that money back this year. https://t.co/UhR1X5q1XU

As I reference below the Pac-12 has been saving cash (!) because it knew the Rose Bowl would be a playoff game in 2018, and it loses the revenue from that game in that year. The Big 12 has added conference championship game revenue but lost on the Sugar Bowls in some years.

The way all of this revenue is constructed by each conference is extremely complex, but the Big 12 has continued to push forward, and it hasn’t even needed a rainy day fund like the Pac-12 to do so. I just don’t want to be in charge of the accounting.

2. How does it stack up? One of my least favorite things is putting together the revenue for teams from other conferences because there are more caveats issued than Mike Gundy discussing a true freshman. Here’s the best I have from using a variety of sources (see notes below table).

There is a lot going on here (obviously), but here are some bullet-point takeaways.

• The Big Ten, my gosh! Where are we at in society? The Big 12 is chugging right along and finally surpasses that massive 2017 Big Ten number, and the Big Ten just boat races them to $54M. Also: Probably not a lot of S-E-C! chants when that figure came out.

Though no major conference has labored to make more money in recent years, the Big Ten and the SEC have separated themselves. Both leagues more than doubled their revenue between 2013 and 2018, and the Big Ten’s increased by 138.4 percent – from $318.4 million to $758.9 million.

The Big Ten’s most recently available financial figures reflect the first year of a six-year television broadcast rights deal with ESPN, Fox Sports and CBS. The deal was worth a reported $2.64 billion. The conference has also grown wealthier through the success of the Big Ten Network. [News Observer]

• The Pac-12’s revenue actually fell in 2017-18 for a variety of reasons that you can read about below in this excerpt from the Mercury News.

The Pac-12’s total revenue fell by $12 million year-over-year, from $509 million in FY17 (a conference record) to $497 million in FY18. The Pac-12 attributed the decline to “the Rose Bowl and its associated revenue being part of the College Football Playoff in fiscal year 2017-2018.”

To offset that ebb, the Pac-12 withholds a portion of the Rose Bowl revenue from its membership in two out of every three years. It then uses those reserves to offset the dip in the third year, when the Rose Bowl hosts a semifinal. [Mercury News]

• There is a lot of money in college sports! This article from the News Observer was tremendous and really outlined how absurd these numbers are given where they were just a few years ago.

Overall, the Power 5 conferences combined to generate $2.8 billion in revenue, of which $2.4 billion was dispersed to 65 member schools. The five conferences’ combined revenue nearly doubled between 2013 and 2018, from when they generated $1.4 billion during the 2012-13 fiscal year. [News Observer]

What are third-tier rights? Think non-football and non-basketball sports and a handful of basketball games and maybe a football game every year. For Texas, this is a windfall. For OU, too. For Oklahoma State? It’s not the $5M+ the Sooners are getting, but it certainly bumps that number closer to or over $40M.

In addition, eight of the 10 schools in the league will ship hundreds of games across multiple sports to ESPN+ beginning this year, including one regular-season football game, as well as men’s and women’s basketball, baseball, softball, soccer and volleyball games.

Texas will keep its rights on the ESPN-owned Longhorn Network. Oklahoma’s rights will remain with Fox Sports, as part of a previous deal. Both schools, however, will be featured on ESPN+ as road teams. [ESPN]

The Big 12 wanted around $20 million for each [conference championship] game. ESPN wanted to pay much less. It became clear pretty quickly that they couldn’t come to terms on money, so they had to get more creative.

That’s where streaming rights came into play. ESPN had embarked on a strategy of buying as many rights as it could for ESPN+. It was particularly interested in college sports, believing that schools’ rabid fans are more likely to buy a $5 monthly subscription to the streaming service. [Sports Business Daily]

It’s notable that ESPN only wound up paying $40 million for this deal, which would be $13.33 million per conference championship game without even considering the value of the streaming content they’re adding. So that’s not close to what the Big 12 wanted, but they didn’t have a ton of options after Fox said they didn’t want the championship games at the price the Big 12 was asking.

And this streaming deal got the Big 12 more money than just the championship games alone would have, and kept the average they’re receiving across the next six championship games at $22 million (back in 2016, ESPN agreed to pay the conference $30 million a game for the four even-year games from 2018-2024, including the 2018 one seen at top). [Awful Announcing]

Essentially, ESPN needed content for ESPN+, and the Big 12 saw an opportunity to make its schools an additional $4 million each over the next six years (depending on whether OU and Texas are included in that $40M number).

This agreement starts for OSU in the upcoming year, and its effects are already being seen. The Pokes’ second game against McNeese State will only be available to those who are subscribed to ESPN+ at the cost of $5/month.

So that’s interesting. All of this is interesting to me though. I always stand fascinated at the intersection of media and college sports. For Oklahoma State, being in the Big 12 over the last few years has probably been the best combination of quality branding and financial thriving it could possibly have realized. It is a league that is healthy and seemingly moving in the right direction.

And while it doesn’t have the gigantic reach of a Big Ten or a SEC in terms of cash flow, it’s sitting far ahead of where it is perceived to be sitting at the Power 5 table. And that, as WVU president Gorgon Gee noted recently, is a nice place to be.

“Money is not the most important thing,” Gee told the Dallas Morning News, “but it’s certainly ahead of what’s in second place.”