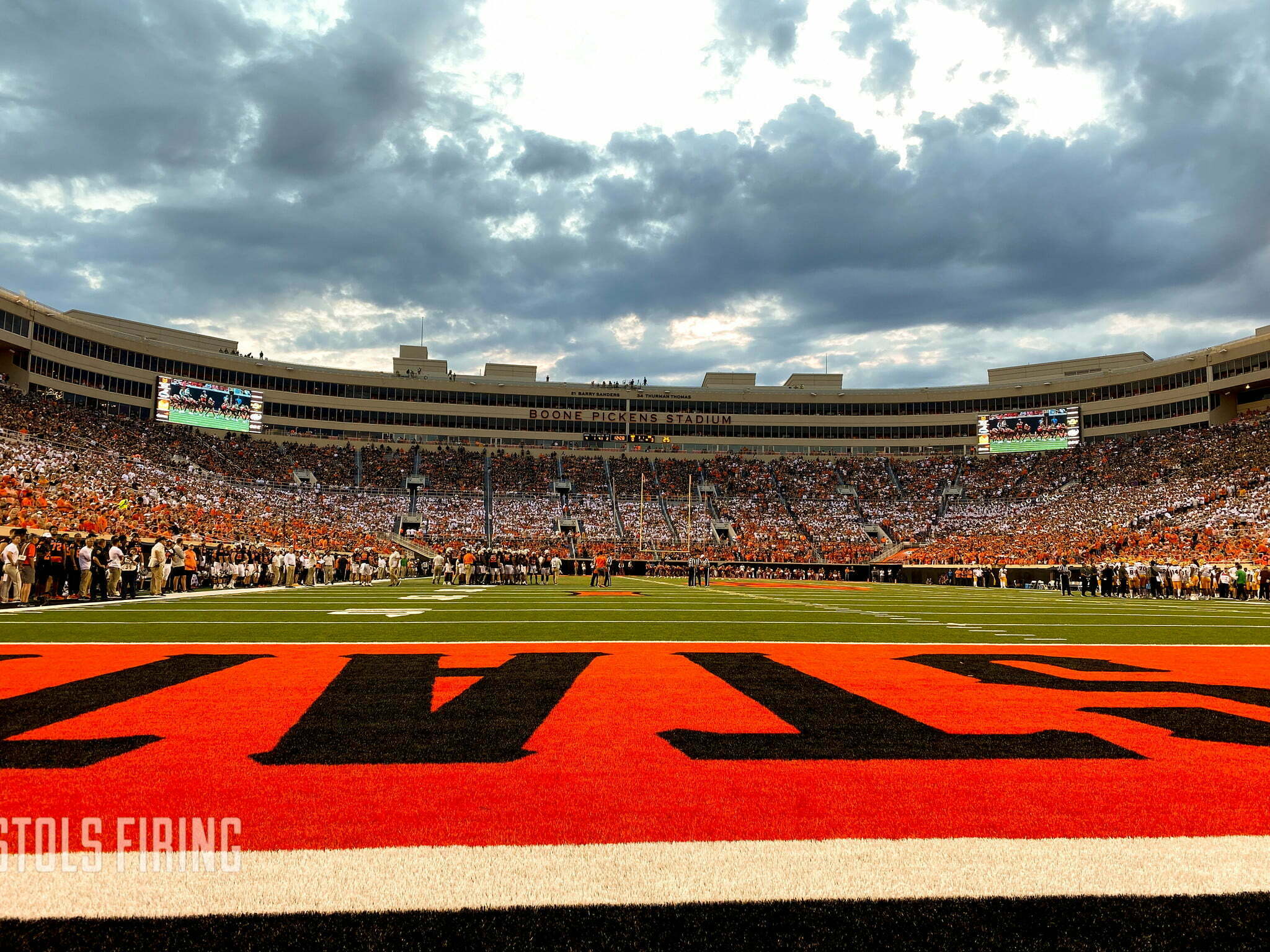 Doc Gamble’s Golden Lions might be an FCS opponent on Oklahoma State’s schedule, but Arkansas Pine Bluff has scored points at a rapid rate through two games.

Arkansas Pine Bluff is 2-0 heading into Boone Pickens Stadium for the Golden Lions’ matchup with Oklahoma State at 6 p.m. Saturday, and UAPB is averaging 62 points a contest. Gamble, the Lions coach, fielded questions via the SWAC’s teleconference this week to discuss the upcoming matchup. Here are three things he said.

The Arkansas Pine Bluff offense is coming off a 76-point performance against NAIA North American University this past weekend.

The Golden Lions had 542 yards of total offense and punted only one time. Quarterback Skyler Perry was nearly perfect, going 10-for-11 for 212 yards and two touchdowns while UAPB’s rushing attack averaged 6.4 yards a carry.

Pine Bluff put up 521 yards of total offense in Week 1 against Division-II Lane College in a 48-42 victory. That game saw Perry complete 59% of his passes for 222 yards and a touchdown, and running back Kayvon Britten rushed for 237 yards and three touchdowns.

“We’ve been good in each phase of it,” Gamble said. “We’re running the ball well, and that’s what we expect to do. And we’re throwing it at a high completion rate, which is always important for us. We’re hitting on all cylinders offensively. That can happen when you got a veteran quarterback and he’s really playing well. He’s playing the way he should be playing. We’re playing good up front, and we’re still coming along, starting to develop a good crew of guys outside, and we got a good stable of running backs. We’ve been able to hit on all cylinders the last couple of weeks.”

This will be the second time in as many seasons Gamble leads the Golden Lions into a Power Five stadium after falling to Arkansas 45-3 last season.

These types of games are often necessary for a smaller school’s survival, but it doesn’t sound like Gamble is coming to Stillwater just for the paycheck.

“They got 85 scholarships and we got 63, but they still put on their pants the same way we do — one leg at a time,” Gamble said. “As long as we don’t get caught up into the letters. I always say whether it’s the Big 12, Big Ten, SEC, you don’t get caught up into the letters and the facilities of all those things, then you got a chance. We gotta go play. I always refer back to last year’s game with the Razorbacks. At times, we looked like we were the Power Five football team at certain positions.

There is a difference in game speed between the FCS and Power Five football. Then there’s the difference in speed that Oklahoma State’s offense plays with.

Kasey Dunn’s group has had a knack for flying down the field in 2022. Through two games, OSU has 11 scoring drives that have lasted less than two minutes. That type of speed isn’t lost on Gamble.

“The big thing I see about these guys is they know how to put up points,” Gamble said. “They’ve got a lot of creativity offensively. Then they play at a fast pace as far as getting the ball snapped and getting the ball in play. For us, we got to be able to play at that speed and not be overwhelmed by the gameday environment. We just got to show up and play.

“What I really like about it, too, is we got a ton of guys who think they should be playing at that level. We’ve recruited some guys who did get recruited by those guys at that level. So this is their chance to put on display to see if we belong or not.”