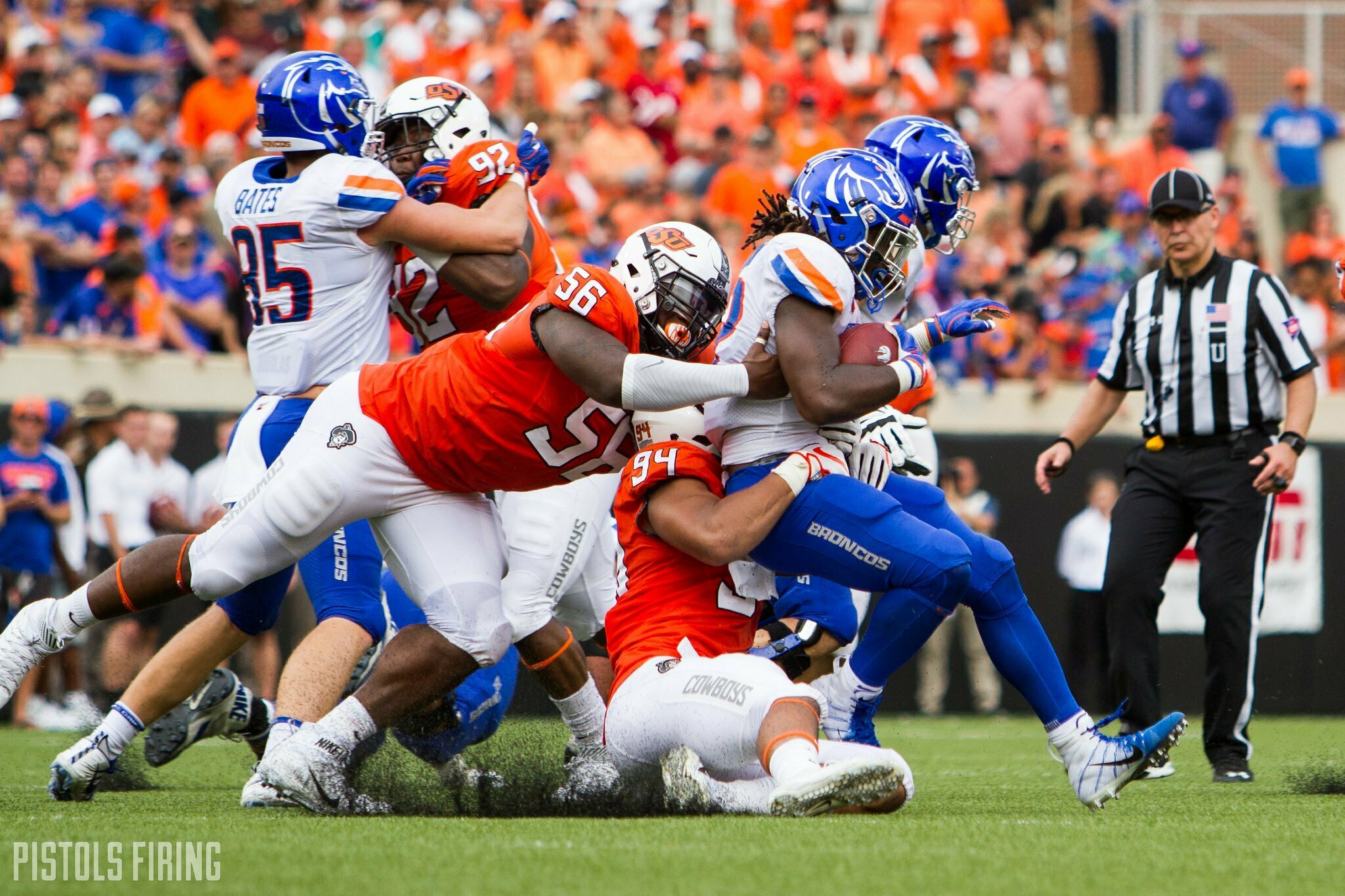 Andy Avalos is in his first season as a head coach and is doing it at his alma mater.

Boise State enters its matchup with Oklahoma State on Saturday 1-1, falling in a tight game to UCF to start the season before blowing the doors off UTEP last week. Saturday will be the first time the Broncos have hosted a Power Five school on their blue turf since Virginia came to town in 2018.

Avalos met with the Oklahoma State media via teleconference Monday afternoon. Here are three things he hit on.

1. Boise State ‘Wants To Take the Next Step’

When Big 12 expansion started to become imminent, Boise State was one of the schools that continued to get brought up.

However, the Big 12 moved quickly to add Houston, BYU, UCF and Cincinnati, and for now, Boise State remains at the Group of Five level. It makes for an interesting dynamic that a week and some change after the Big 12 did expand, the Broncos host on of the premier teams of the remaining eight Big 12 schools.

It’s been hinted that the Big 12 could see further expansion down the road. This singular game won’t decide whether the Broncos get in, but entering Saturday it feels like a battle in the expansion war. Avalos said Monday that his team is focused solely on the 2021 season, but he did note the university’s leadership wants to take “the next step.”

“Not only Boise State football, but this university and this community is one of the fastest-growing cities in America in Boise,” Avalos said. “What comes with that is just the growth of the university that allows not only the football program but the athletic department to grow, to develop, to provide more resources for the student-athletes and for the coaches. Sky’s the limit first for Boise State. We got tremendous leadership that wants to take the next step, not only as an athletic department but as a university and continue to bring impactful people onto this campus.”

OSU starting quarterback Spencer Sanders played in his first game of the season against Tulsa after missing the Cowboys’ season-opener because of COVID protocol. From the outside looking in, Avalos said some consistency building through the weeks is only going to better the Pokes.

“Offensively, they’ve been a lot of trouble for a lot of opponents of theirs for some time now,” Avalos said. “It’s early on in the season and getting some consistency going is probably to everybody’s advantage, I know it is to ours. So, getting Sanders rolling for the second week here, and they’re going to be ready to roll. We know that. They got unbelievable coaches. They’re gonna have a gameplan that is going to have us working really hard to make sure that we are adjusting and handling things that they throw at us on top of the personnel they have.”

Avalos is a defense guy.

He was a Boise State linebacker from 2001 to 2004. He returned to Boise to be a position coach for the Broncos from 2012 to 2015 before being promoted to the team’s defensive coordinator from 2016 to 2018. He then spent two seasons as Oregon’s defensive coordinator before returning to his alma mater for his first head coaching gig. Needless to say, if anyone can appreciate the work Jim Knowles has done with the Cowboys’ defense, it’s Avalos.

“They play with great fundamentals,” Avalos said. “They play fast. They play physical, and that’s the mentality that they have. That’s what defense always starts with. They’ve got experienced personnel that is capable of winning one-on-one, and the schemes that they dial up, they’re difficult.”