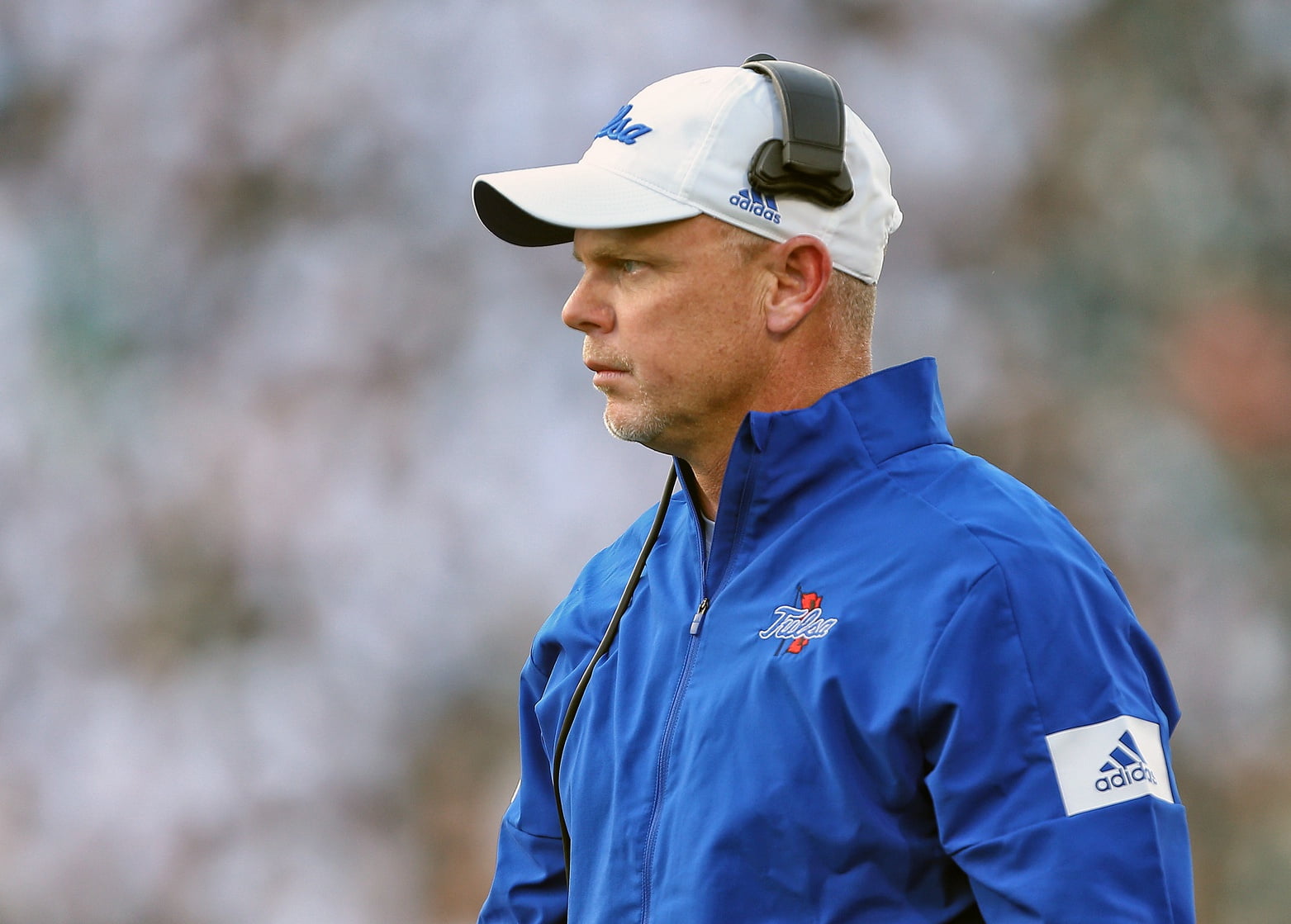 The Cowboys will be on the road this weekend but only for about an hour.

Oklahoma State is playing away against in-state foe Tulsa for the first time since 2011 at 2:30 p.m. Saturday. On Wednesday, Tulsa coach Philip Montgomery had his pre-OSU presser. Here are three things he spoke on.

Tulsa quarterback Zach Smith has played against OSU before.

Smith transferred to Tulsa from Baylor, and in 2017, he started the Bears’ 59-16 loss in Stillwater. In that game he was 11-for-28 with 127 yards, no touchdowns and an interception.

OSU corners A.J. Green and Rodarius Williams also started that game, combing for 10 tackles and two pass breakups. Green was a sophomore that season and Williams was a redshirt freshman, so Saturday won’t be any easier for Smith.

“They’ve always got a couple of guys in the secondary that are extremely talented,” Montgomery said. “Their corners play extremely well. All five of them back there. We’re gonna have to do a good job as far as manipulating our routes and making sure we’re on the right track.

“Those guys, they’re battle-tested corners. Our guys outside have got to do a good job of being great route runners and then creating separation when they can find it.”

Tulsa’s defense has been solid through two weeks.

“He’s an electric-type receiver, and he’s done it in a couple of different way already this season,” Montgomery said. “His first touchdown the other night, they’re just throwing a little now out there to him, and [he] gets back outside, makes one guy miss and then he out runs three or four other ones down the sideline.”

Like OSU, Tulsa has experience at corner with junior Akayleb Evans and redshirt senior Reggie Robinson. Evans has started games in the past three seasons. He doesn’t have any interceptions in his college career, but he has seven pass breakups.

It isn’t every day a corner is bigger than the outside receiver he is covering, but that will be the case Saturday when the 6-foot-2, 193-pound Evans stands across from 6-foot, 185-pound Wallace. Wallace plays much bigger than he is, though, so it’ll be a fun matchup Saturday.

“He can be electric when they get the ball in his hands,” Montgomery said. “We know that. We’ve got some battle-tested corners, too. I think it’s gonna be a great matchup. I’m looking forward to seeing our guys go against him.”

3. Whose House Is This Anyway?

Tulsa has one of the lowest enrollments in FBS football, and fewer alumni usually means fewer supporters. With Stillwater being only an hour down the turnpike and a large OSU alumni base being in Tulsa, there is a real possibility there could be more fans cheering for the away team at H.A. Chapman Stadium.

After already traveling to Michigan and California, the Golden Hurricane might have to try to quite another crowd Saturday.

“Hopefully we’re gonna have more blue than orange — that’s the goal to have in our stadium,” Montgomery said. “Then you’ve got to eliminate those explosive-type plays. Those are the things that really light fans on fire. If we’ll do a good job of that, eliminating the explosive plays from a defensive standpoint, a lot of that can be handled.”