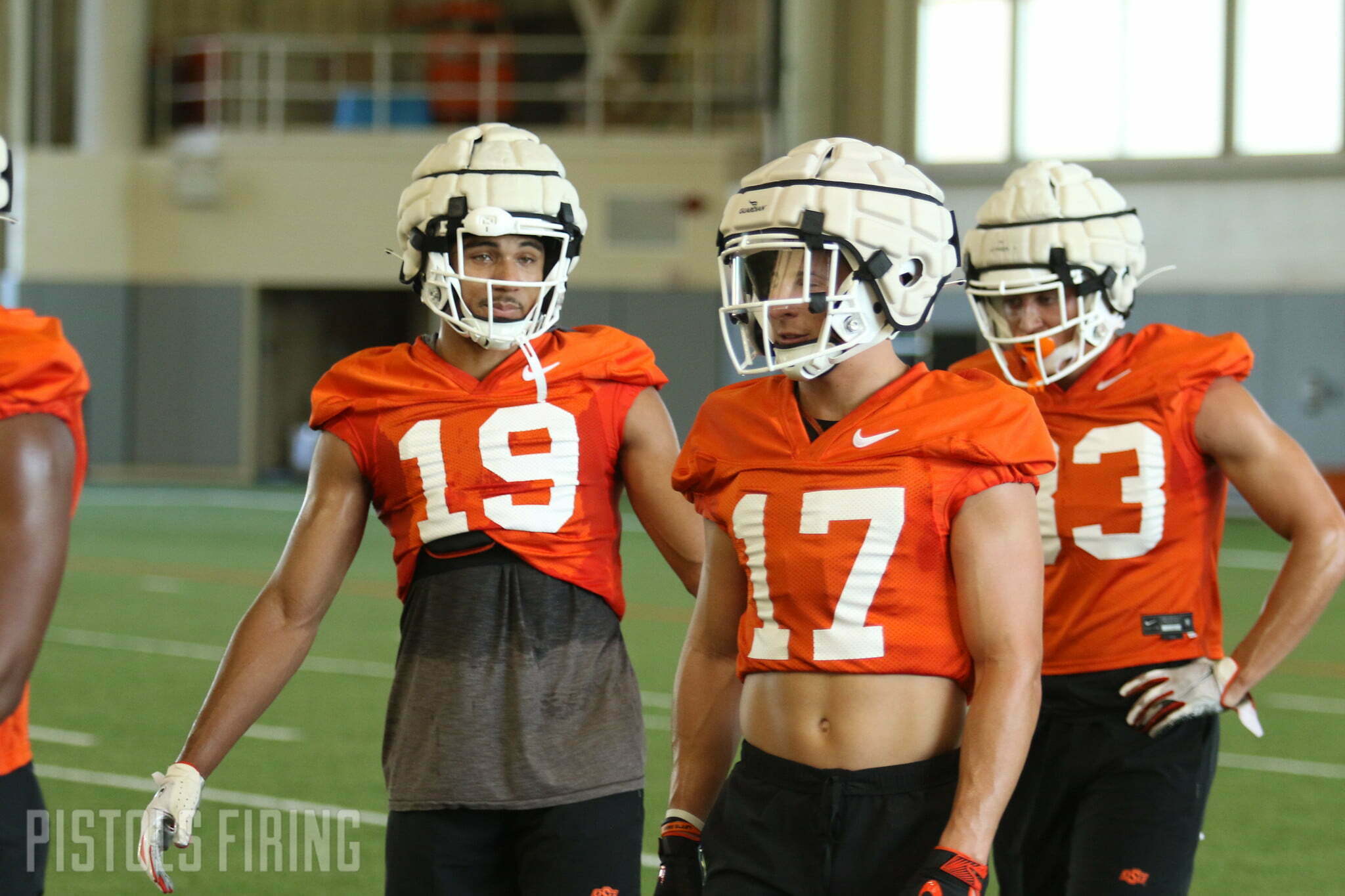 Oklahoma State was green at wide receiver at the start of 2021, but that should benefit the Cowboys in 2022.

And when I say green, I’m not just talking about Blaine and Bryson Green, though they are half of a foursome of rookie receivers that got meaningful reps last season. The Green twins, Jaden Bray and John Paul Richardson were all true freshmen who were thrust into action early. Each took his lumps but each progressed into his own significant role by the end of the season. And they had each other.

The foursome all graduated high school early and took part in spring practice in 2021, and they were all four roommates.

Bray was the first of the group to make headlines with 136 yards and a score in the Cowboys’ first two games, but he said that they all leaned on each other throughout the year.

“So after every game and usually after every practice, we were all together and we would talk about it and stuff like that,” said Bray. “Having guys like that that are always building you up and … they’re always there to lift you up. Just always bringing positive energy around.”

Blaine Green burst onto the scene himself. The true frosh ended the season as OSU’s No. 3 receiver, making the transition from wide receiver to Cowboy Back. But he recalls the group’s comradery which helped the young wideouts acclimate to college life and the pressure to perform under stadium lights.

“We lived in the same apartment, Me, Jaden Bray, my twin brother Bryson and JP (John Paul Richardson),” said Blaine. “We graduated early in the spring which helped a lot so we got spring ball together. It was a whole relationship between all of us. We held each other dear. We would go study together. We had this whiteboard at our house that we would draw up plays with.

“We were thrown into the fire but I feel like we handled it well, especially with Coach (Kasey) Dunn helping us out, meeting with him and all the coaches on offense. They made it really easy to come in and play, even though there might have been pressure on people’s shoulders.”

Mike Gundy mentioned the dearth of experience at receiver several times throughout 2021, but that baptism by fire should benefit a receiving corps that also returns dynamic slot receiver Brennan Presley, as well as deep threat Braydon Johnson who sat last year due to injury.

Gundy said the rookie receivers weren’t ready to have that pressure put on them so early in their careers but they progressed quickly “because they had to.” He noted his preference for bringing freshmen along more slowly, but now he has a receivers room full of underclassmen with quality reps under their belt.

Gundy singled out Bray as one who’s made strides in his development.

“We played him last year more than we should have,” said Gundy. “He wasn’t ready to play last year, but he helped us win a few games. He was just out there running around. Now, he understands technique, he understands body control, he understands eye placement. He has a decent feel for coverages and things, and so he should come along considerably faster this year than he did last year because he’s been out there. His heart’s beating out of his chest, he’s sweating, he’s tired, and he’s used to all of that now.

“So his route-running skills and his understanding of how the game’s played is considerably better than it was. Well, last year at this time, he was just out there. Now, he has a clue what’s going on.”

Though he’s splitting time in a different room these days, Blaine Green can still be lumped in with a group of pass-catchers that’s sure to be turning heads in Stillwater for some time.

“All of us are excited,” said Blaine. “We’ve put tons of in in the summer between stadiums, offseason workouts and currently fall camp. So, sky’s the limit and we’re ready for this season for sure.”