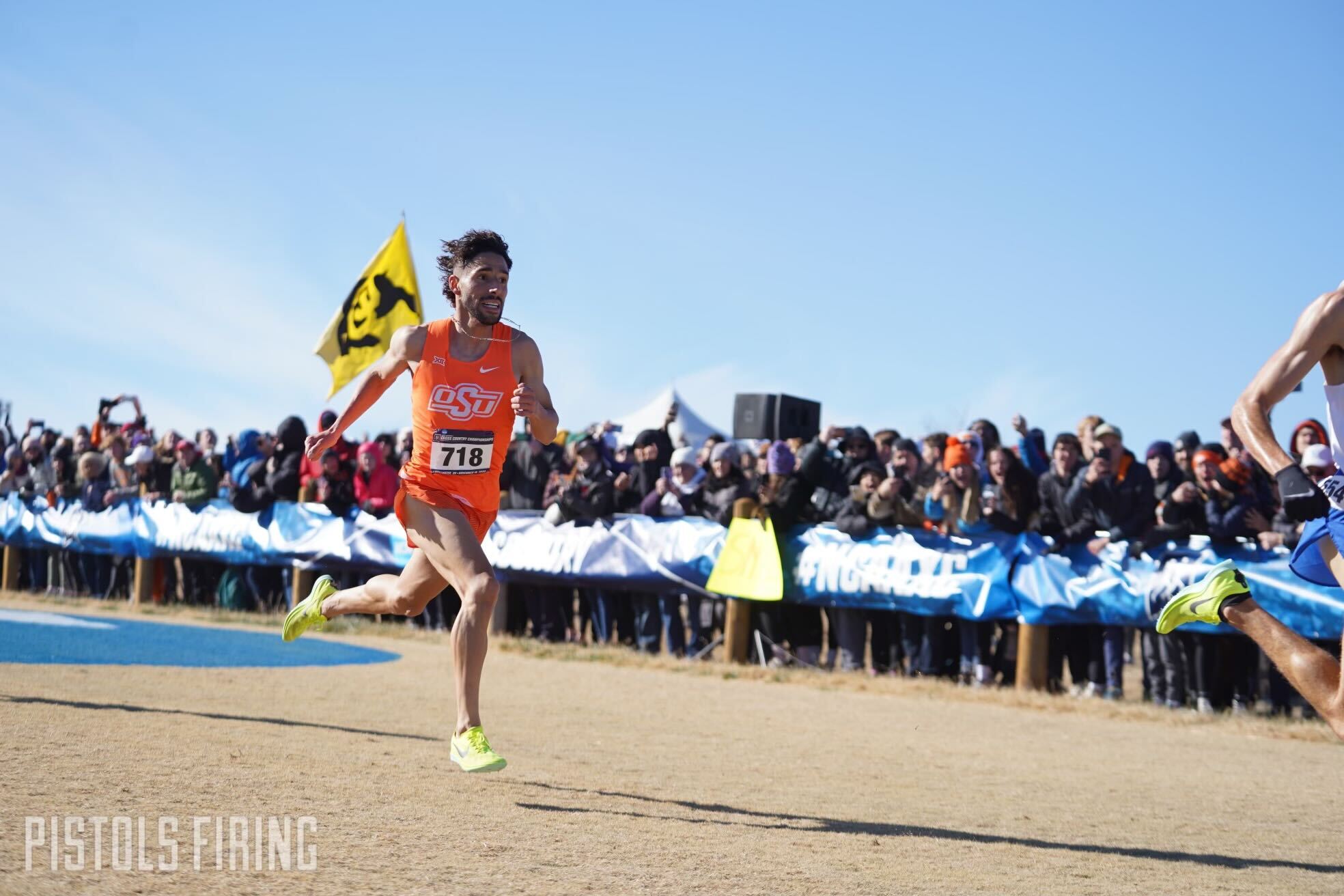 STILLWATER — The Cowboys were 0.2 seconds from claiming a fifth national championship in program history on Saturday morning.

Running their home course, Oklahoma State lost via tiebreaker to Northern Arizona after the Cowboys entered the NCAA Championships as the No. 4 team in the country.

The 0.2 seconds could’ve (should’ve, would’ve) came in two different spots. Alex Maier was OSU’s top finisher, finishing fifth with a 10K time of 28:58.2 — he was 0.2 seconds behind Tennessee’s Dylan Jacobs. OSU’s Victor Shitsama and Rory Lenard finished 31st and 32nd, respectively. Both clocked a 29:29.0 — 0.2 seconds behind BYU’s Davin Thompson. Had any of those three finished 0.3 seconds sooner, the Cowboys would be national champs.

All five Cowboy scorers finished as All-Americans. It was an outstanding performance that was somewhat soured by just how close the Cowboys came.

“I’m super proud of the guys,” OSU coach Dave Smith said. “We drew up a plan that we thought was a really good plan and it was executed absolutely perfectly — exactly what we asked the guys to do, they did and even exceeded our expectations. … We had five All-Americans — five guys in the top 31 six in the top 53. You promise me that every year, I’ll take it. I’ll take that without argument. That’s going to win most years, but not this year.”

As live updates came to the video board at Greiner Family OSU Cross Country Course, orange-clad fans thought on a few occasions their team had won the race before the final standings saw the Cowboys a spot below Northern Arizona despite both teams having 83 points. With the tight times, Smith asked for a video review, which revealed the Cowboys did, in fact come up just short.

“I was at the 1K marker walking up, you hear the whole crowd cheering and thought, ‘Oh, we must’ve won,'” Smith said. “Then I hear ‘Ugh,’ and I thought, ‘Oh, crap we didn’t.’ Then everybody’s cheering again. ‘Oh, we won again.’ We won and lost like four times on my walk back up here.”

OSU ran a strategic race. The Cowboys weren’t at the top of the leaderboard for much of the competition, but with each update, they’d gain a few spots.