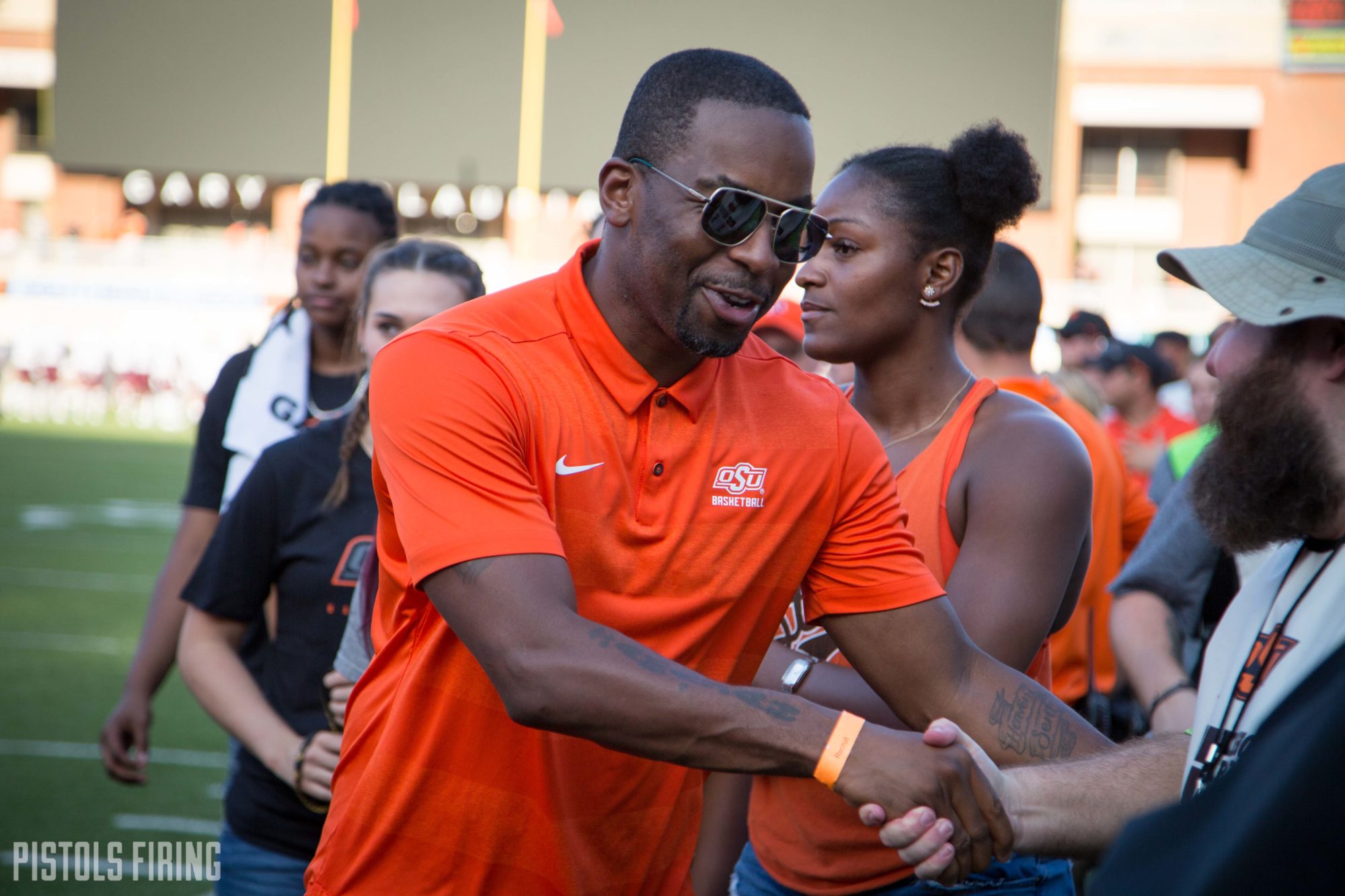 Welcome back to our top 10 comments of the week, where this week we talk former Poke legends, current rock stars and future Pokes. Thanks to everybody who has commented on our posts. We already have more comments this year than we had in all of 2016.

Also, we are short one comment because one of these was so good we’re going to turn it into its own blog post.

Chris Saxon: Thurman is the most underappreciated Alum ever. He deserves a statue! Love me some TT! (17 upvotes)

I like this, Chris. Thurman’s engagement with the #CowboyFamily on Twitter has been awesome over the past few months. His recognition will most likely be delayed this year, however, as this is the 30th anniversary of Sanders’ historic 1988 season.

2. In response to Trace Ford’s commitment to OKState last Friday

Matt Belanger: Fans won’t point out that we beat Oregon, Cal and Arkansas in a recruiting battle, though it should be noted. Very glad this guy is coming home, excited to see him play! (16 upvotes)

Agreed. However, it can’t go overlooked that Trace Ford was an in-state prospect. Maybe fans should recognize the fact that OSU beat out some solid programs for Ford, but at the same time maybe they should expect such success in the pursuit of in-state talent.

3. On 2015 Cactus Bowl and UW/OSU trajectories since

I thought once we started beating Texas on the reg, the perception of our program might change. But that has not happened. Let’s face it, most people in the country only watch us play OU – which means they watch us get beaten. The only way we change our image is to start winning conference championships (beating OU). Man, that’s a tough task for ANY school.

This is good. National perception may improve with Cotton Bowl and Alamo Bowl victories, but it won’t really begin to escalate until there are several Big 12 titles and major bowl victories.

Whew! There may be some uncertainties in Stillwater, but I don’t think anyone would deny that OSU has one of the strongest stables of running backs in the Big 12, and maybe the country. LD is 3, if not 4, on the depth chart.

5. Still Original’s response to another reader’s comment (named Les Miles), wondering where Tyron was during warmups

Still Original: open your eyes Les, he’s suited up, no wonder he transferred from LSU (13 upvotes)

Adam M: Favorite Play: Chuba said ‘sorry’ to each of those four players that missed their tackles as they were falling to the ground. #canadianculture (12 upvotes)

Chuba has some wheels, huh? pic.twitter.com/KfcjkLLZPA

Yes, yes he does.

Patrick, Orlando: Corndog had the worst 5 TD performance in the history of college football…he missed 3 wide open TDs that would have put his passing yardage in the stratosphere. (11 upvotes)

For the most part, I thought fans overreacted during Cornelius’s debut. Yes, he missed some throws, but he also made some throws. In my opinion, the jury is still out on TC. Until you see a multi-interception performance in a half, or an inability to move the chains on third down, it’s hard to condemn a QB to the bench.

BUT, I also think that with so much uncertainty, it is fair to ask what Dru Brown and Spencer Sanders have to offer. It’s hard to say “Cornelius looked bad” without a comparison of the other candidates.

8. In response to Tweets revealing Boynton’s First Down Enthusiasm

Coach Boynton will be mayor of Stillwater in no time pic.twitter.com/2ZNSHuKshc

MIKE BOYNTON IS THE BEST.

It says a lot about a person’s dedication to a program when, at the age of 90, they feel the need to validate their absence from a college football game.