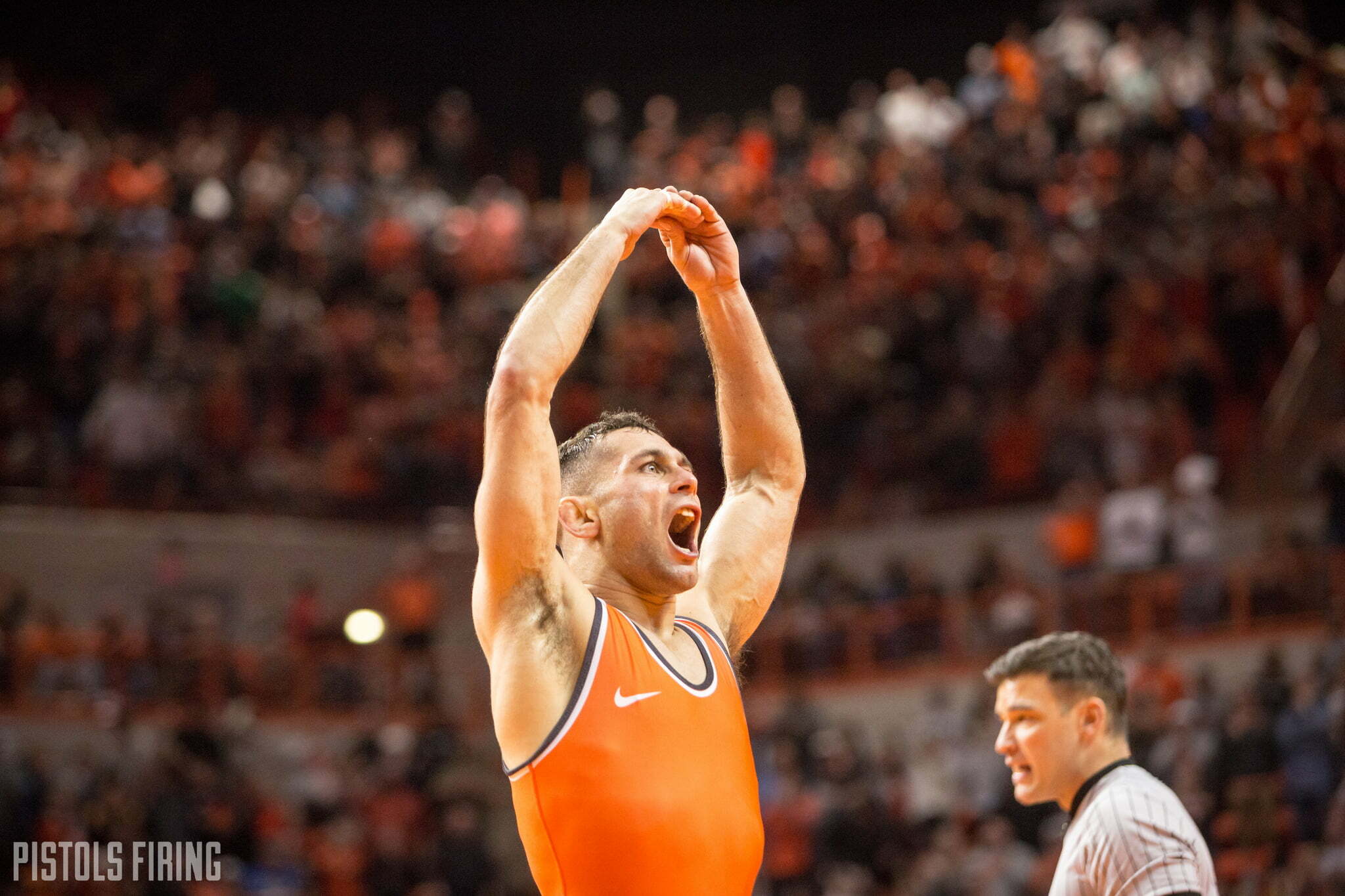 With the 2010s closed up as of last week, I decided to take a look at what I see as the top 10 moments of the decade for Cowboy wrestling

The Hodge award is given annually to the best wrestler in all of college wrestling. For the 2015-16 season, Alex Dieringer was that guy. He was really untouchable for his entire junior and senior season, and for his senior year he was recognized as the best.

In 2012 Coleman Scott won an Olympic Bronze Medal. This was the 16th medal won at the Olympics by a former Oklahoma State wrestler. Relive his medal match here.

What can’t you say about how great this was? The environment, the crowd, the win! To date the, best sporting event I’ve ever attended. The building legitimately shook when Nick Piccininni pinned Spencer Lee.

Grapple on the Gridiron

OSU came out on the losing end of this one, but during the 2015-16 wrestling season Oklahoma State went to Iowa in November and wrestled in front of a 42,287 fans. It’s hard to overstate what big events like this mean for the sport and pretty awesome that OSU was able to be a part of it.

Former Cowboy Daniel Cormier held at least one UFC title for the better part of the second half of the last decade. On July 6, 2018 he captured his second as he bumped to heavyweight to take on Stipe Miocic and knocked him out at 4:33 in the first round.

“No way, no way!!!” is yelled from Jack Spates as true freshman Kaid Brock makes his college debut vs. defending NCAA champ Cody Brewer and pins him in the first period.

I lump these all into one because I don’t think you can rate any individual titles over any others, but in the past 10 years the Cowboys have won nine individual titles. Alex Dieringer with three, Jordan Oliver with two, Chris Perry with two, and Dean Heil with another two. It’s interesting that in the past decade all the individual NCAA champs were repeat champs and nobody won a single title.

The Cowboys did not win a NCAA title in this decade but are on one of the longest streaks of conference titles in years. They’ve won the Big 12 every year since 2013. In fact if they win the Big 12 tournament this year they will tie a school record for consecutive conference titles with eight.

This group won’t be on campus until 2020, but the Cowboys locked them in a few months ago and man are they special. In October they were ranked No. 1 in the country and even picked up a late commitment with Daniel Jezik to add a bit more fire to an already stacked group.  There is an incredible amount of fan excitement around the future of the program right now and this group is a bit part of the reason why.