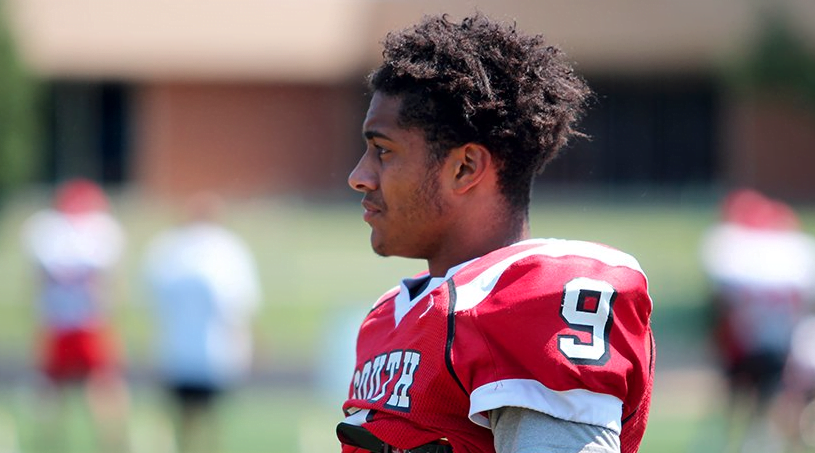 I am announcing my commitment on March 1st at Westerville South High School, in the auditorium at 2:45 p.m. Thank you for the support!!

Gill, who was a top target for Marcus Arroyo during his OSU tenure, is likely set on staying close to home. Even if Arroyo was still around, many pundits pegged him as a heavy Ohio State lean. His crystal ball reads 95 percent in favor of the Buckeyes.

Despite suffering a broken fibula a year ago, Gill has remained a top recruit with his 6-foot-1 182-pound frame and his freaky athleticism. In fact, he stars in baseball, too. The possibility of him choosing that route, at one point, was apparently considered.

But his upside in football is tough to ignore, and he’s already one of the country’s top blue chip prospects. Here’s his highlight tape which should fill you in on why.