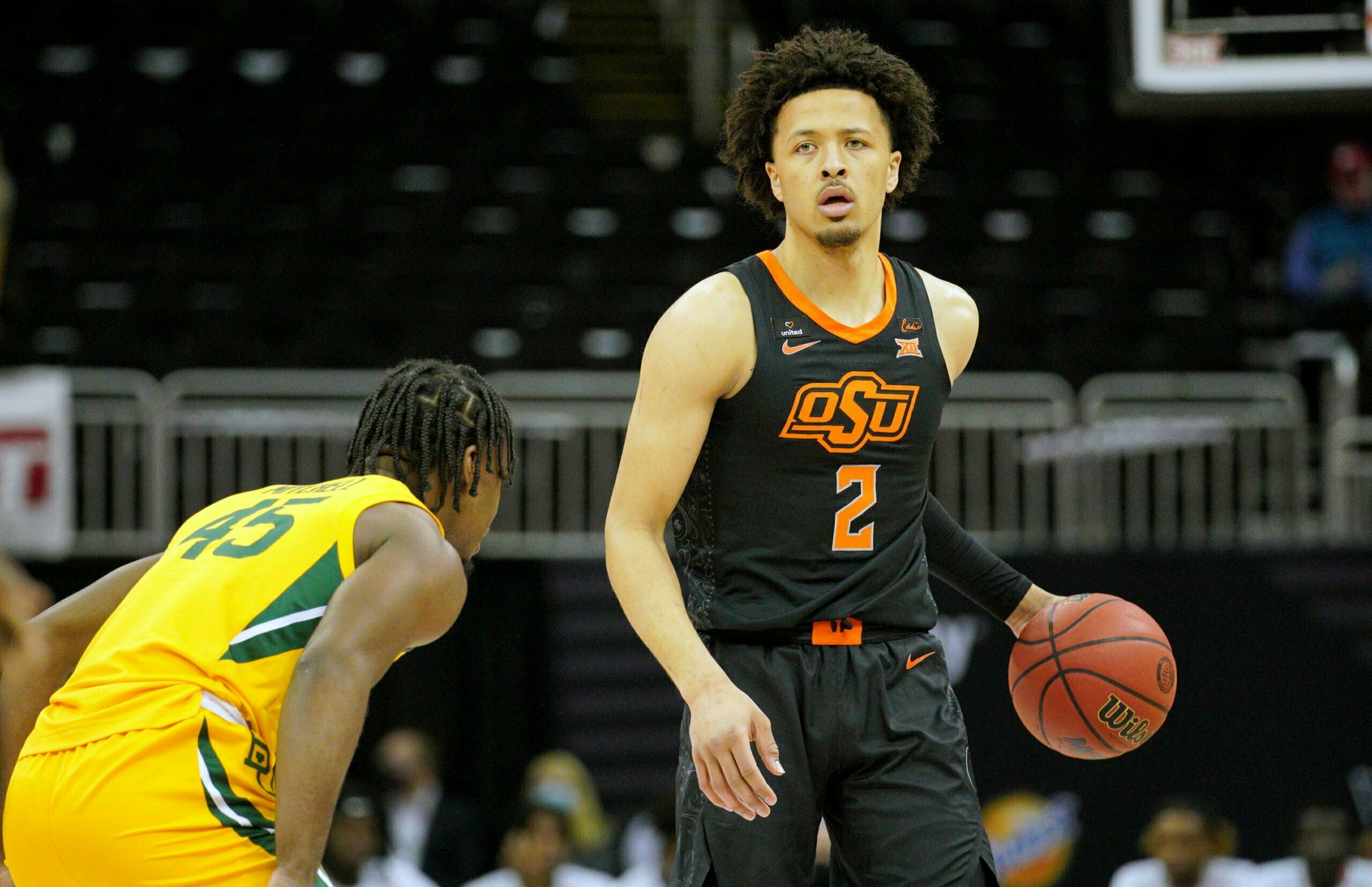 The Cowboys became just the second team this season to defeat No. 2 Baylor, and in doing so punched their ticket to the conference tournament title game.

After the upset 83-74 win against the Bears, Mike Boynton, Cade Cunningham and Isaac Likekele met with media via Zoom to discuss the huge win and look forward Saturday night’s tilt against Texas.

Here are some of the best quotes.

Cade on OSU’s hot streak over the last month and through the conference tournament.

“It’s why I came to Oklahoma State, is why I came to the Big 12. It all starts with the head guy, Coach Mike. He puts so much confidence in all of us as players, and just our whole staff, they prepared us for this moment.

“Nobody, I keep saying it, nobody thought we were going to get to this point right now. To have everybody stay with the program and see how far we could go, it’s fun. We have fun on the court, we compete. I think that’s the biggest thing, everybody wants to win, we want to prove everybody wrong.

“And like I said, Big 12, we got all these tough teams, Baylor, Texas Tech, Texas, I can name them all, but those are the moments that you come for, you want to get better. I didn’t want to hide from any of these moments. And having guys like this on the roster, Oklahoma State, last year wasn’t the year that they were proud of, but I know there’s a bunch of guys that wanted to win and were going to do everything that it took to win. So having a group of guys like that, with the coaching staff, that’s what I want to surround myself with.”

Likekele was asked just how high and how far OSU can go this season.

“If you ask me, this team really don’t have no ceiling. I don’t want to put no limit on us. We don’t have no ceiling. I feel like every day we can just get better and better, no matter what it is or who it is, especially like a competition against ourselves, we just got to keep pushing ourselves to get better. Whenever you have a peak, that means that you have a certain limitation, but us, I believe we have no ceiling. So, I can’t really say that we can reach a peak, but I can just say that we keep getting better every day.”

Boynton was asked about his message to his team in locker room after the win.

“Super proud. That team’s lost one game all year and ran through the league, had the Coach of the Year, got a guy who many people thought was the Player of the Year, but we stood up and we fought. We took some blows, which you do this time of year, but we never got knocked out. We got up off the mat a few times when we needed to and just kept swinging, and I was proud of them.

“But now we got to turn our attention. We didn’t come here to win a semifinal game. We came here to try to win a championship, and we have an opportunity to do that tomorrow.”

And if you weren’t already primed to run through a brick wall, here’s Cade on Boynton having his team practice cutting nets down at the start of the season.

“Manifestation is key, man. So if you do something and see it through, you can kind of manifest it for the future. So, coach had us all go up on the ladder with the net-cutting scissors, cut our piece off of the net, and he told us, ‘This is what the goal is. It’s going to be a long road, there’s going to be a lot of ups and downs for sure, but the goal is to be best at the end and see how far we can take it.’

“So I think we did our work early preparing ourselves to get into the tournament. But, yeah, we’re taking it one game at a time. We got one more game to win a Big 12 tournament championship, we just got to lock in for that, for sure.”