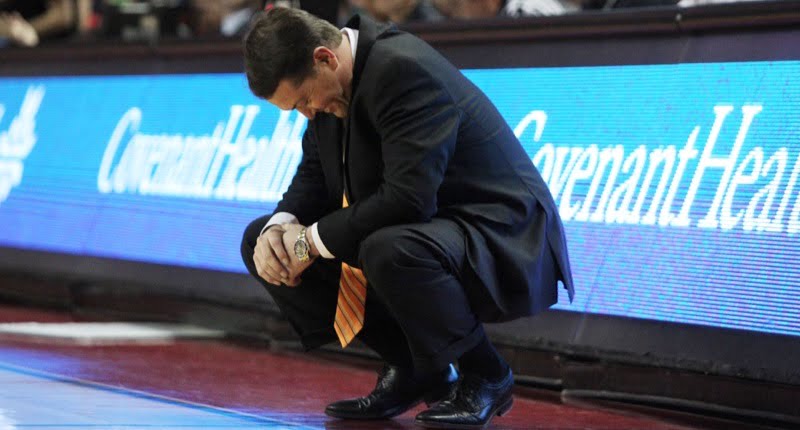 While the Cowboys are sitting at 6-2, even after their crushing 1-point loss to Maryland in College Park, their former coach Travis Ford is in a freefall at Saint Louis. They got thumped by Wichita State on Tuesday evening, 75-45. *gulp*. It got shockingly ugly at one point in the first half…

Overall, the Billikens are 2-6, with last night’s 30-point loss to WSU, a 30 point loss to BYU, a 31 point loss to Kansas State, and a home loss to Samford already in 2016. If you had no idea who Samford was, you aren’t alone. They’re a school with 5,400 students in Birmingham, Alabama.

In Ken Pomeroy’s rankings, SLU sits at 286 of 351 possible teams, behind the likes of Southeast Missouri State, High Point, Binghamton, Farleigh Dickinson, Yurcich State, and Quinnipac. I promise, only one of those schools is made up. They’re 327th (!) in KenPom’s adjusted offense NCAA rankings, and 190th in adjusted defense. Woof!

It’s safe to say, things aren’t going too well for Coach Ford in his new venture. To be fair to Ford, he’s playing with another coach’s players, and has only had 8 games worth of a sample size. But then again, so is Brad Underwood.

It’s worth noting that Ford has already landed 3 top 150 recruits for 2017 and 2018, but the results on the court have been abysmal in year one. Sounds like someone needs to enroll in #BradSchool.