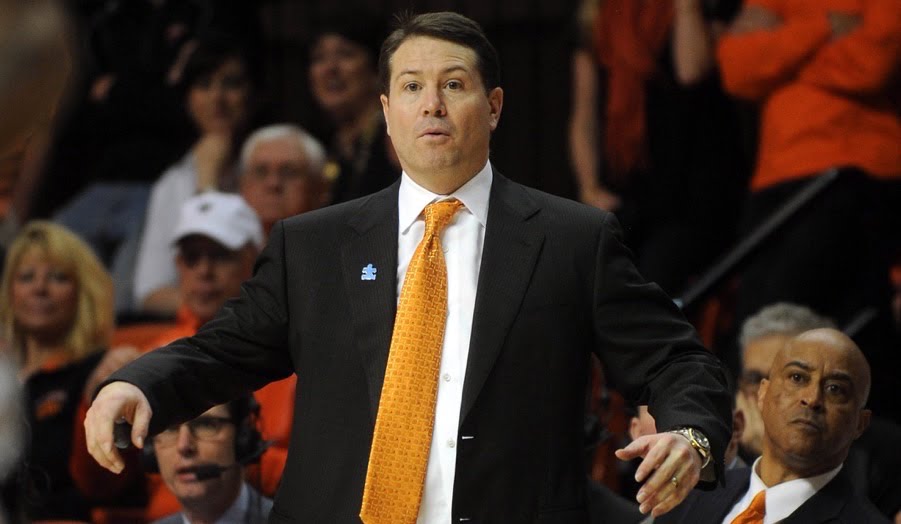 I understand it. Despite what Travis Ford has done this season, you might still not like him. Heck, Travis Ford might win the Big 12 for three straight seasons and you might hold out on him because his last name doesn’t end in “-ton.”

That’s fine. He doesn’t much care (okay he does, but he at least says he doesn’t). This piece on Fox Sports from Reid Forgrave on Ford is tremendous.

Forgrave was embedded in the OSU program for a few days in the fall (he slept in Ford’s 11,000-square foot house!) is really good.

“The job stuff, it doesn’t bother me,” said Ford. “I question it. I look at it and think, ‘We’ve won a lot!'[1. I’m shocked at the exclamation points.] Look at the games we’ve won. We’ve made four of six NCAA tournaments. Look at who we’ve beaten.

“We’ve done a lot. Part of it doesn’t make sense. That’s the biggest thing. You tell me, you sit down and look what we’ve done here, the ranked teams we’ve beaten.”

I’m not sure we need to be throwing the “E” word out there after Mike Holder gave this interview last March, but I get his point.

Two other tidbits before you go read the full article that were great:

I noticed everything at Ford’s house seem taller than normal: the counters, the beds, the showerheads. Even the deep end of the pool was extra deep.

It was only later that I learned Ford and his wife had built this home with the basketball team in mind. He wanted his players to always feel at home here, and part of that was having abnormally tall fixtures.

I laughed out loud at the idea of Ford and Anthony Allen standing at a counter that goes up to Allen’s waist and Ford’s neck.

He once left Stillwater at 11 p.m. one night to drive to Dallas; the recruit’s mother was a bus driver in Dallas, and Ford rode alongside her on her 5 a.m. shift.