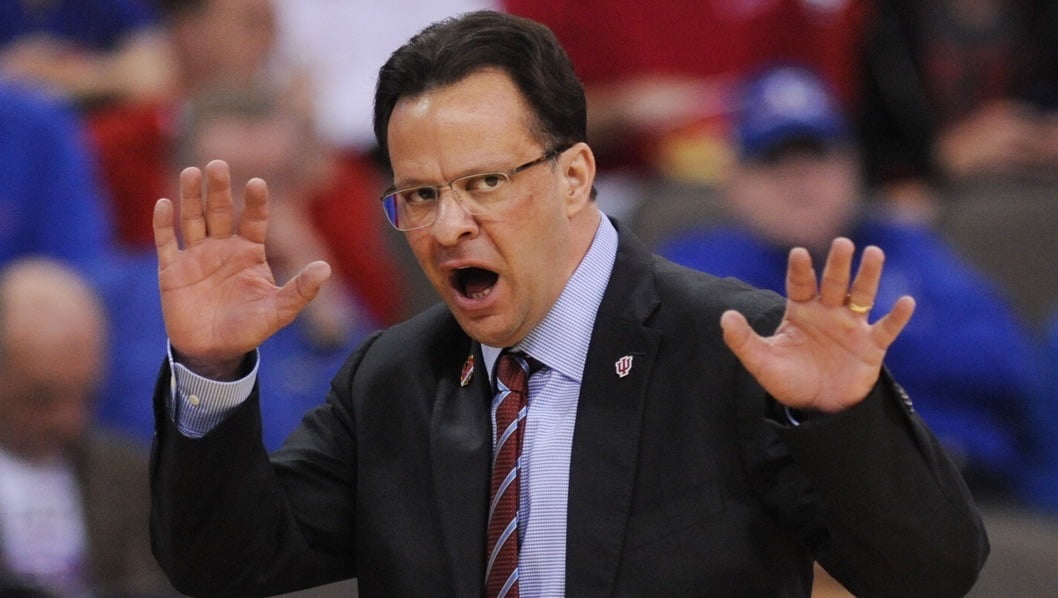 I was on vacation over the weekend so you can imagine the chuckle I gave when I returned to an email from a reader noting what Travis Ford had done on Twitter while I was gone.

Ford apparently thought it was a good idea to tweet out an article about how Indiana continues to support Tom Crean even though Indiana kind of sucked this year. 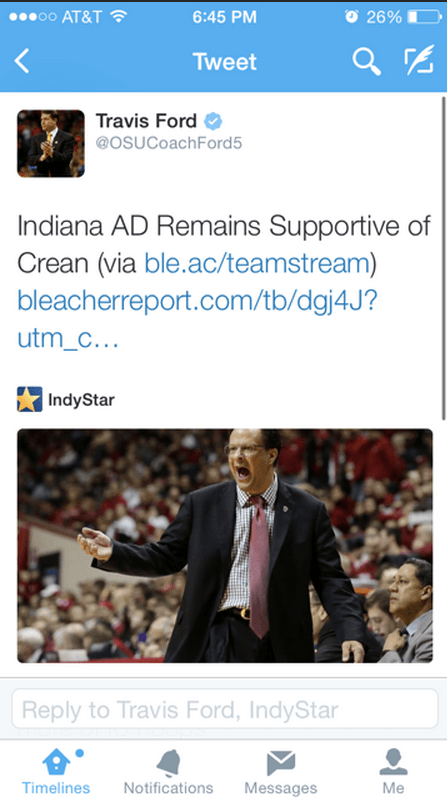 Ford’s Twitter account is mostly just photos and tweets in support of OSU hoops and the people surrounding it. So why would he be tweeting an article about Crean unless he accidentally tweeted it which is actually the saddest of all the plausible scenarios.

The article itself, though Indiana has played to go to two Elite 8s in the last four years, could have been mildly edited and been about Ford.

Crean’s job security has been a topic of widespread debate for several weeks, after this season’s 15-4 start gave way to a disastrous February and March, and saw IU lose five of its last six games.

(Indiana’s AD) has been publicly supportive of his seventh-year men’s basketball coach, unwavering even in the face of fan frustration and angst.

“Coach Crean’s status should be based on his ability to achieve those goals going forward, not what he has or hasn’t done in the past. Because I believe in the team he has assembled and is assembling, his leadership of it and their ability to start achieving our program goals, I continue to support Tom Crean as our coach.”

I wish my job status was evaluated based on potential future results!

As for Ford, I won’t believe the “he’s getting bought out!” rumors until there’s a new name hanging on his door but they’re sure persistent.