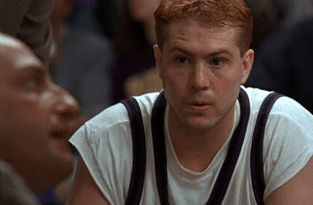 It was brought to my attention on Twitter that Travis Ford favorited a tweet the other day calling for the head of Mike Yurcich (which, this is an entire post, it not blog, in and of itself) and that led to the rabbit hole that is Ford’s list of the 13 tweets he’s favorited.

I’m just sitting here staring at them and I can’t figure any of it out.

Then there was this one from September about the Georgia-South Carolina game (??)

Hold on guys, I'll do it. RUN THE BALL. RT @Dawgfan: What does it matter? They gave SC that game. Can’t get the points back. Major BS.

Then this one that appears to be promoting some motivational/evangelical talk with literally the worst logo I’ve ever seen in my life.

Keeping spreading the word!
One week away! http://t.co/E85xqOdJnN

And finally the crown jewel of the bunch in which Travis Ford favorited a tweet in which someone called for his head on Twitter to Doug Gottlieb.

@GottliebShow What a complete lack of leadership from what should be a very good basketball team. Time for Ford to GO!

Honestly the only rational explanation I can even begin to posit is that he accidentally favorited all or most of these. I’ve done it numerous times before and I would imagine someone not paying super close attention wouldn’t bother to notice or remove the favorite.

Still, quite the collection.