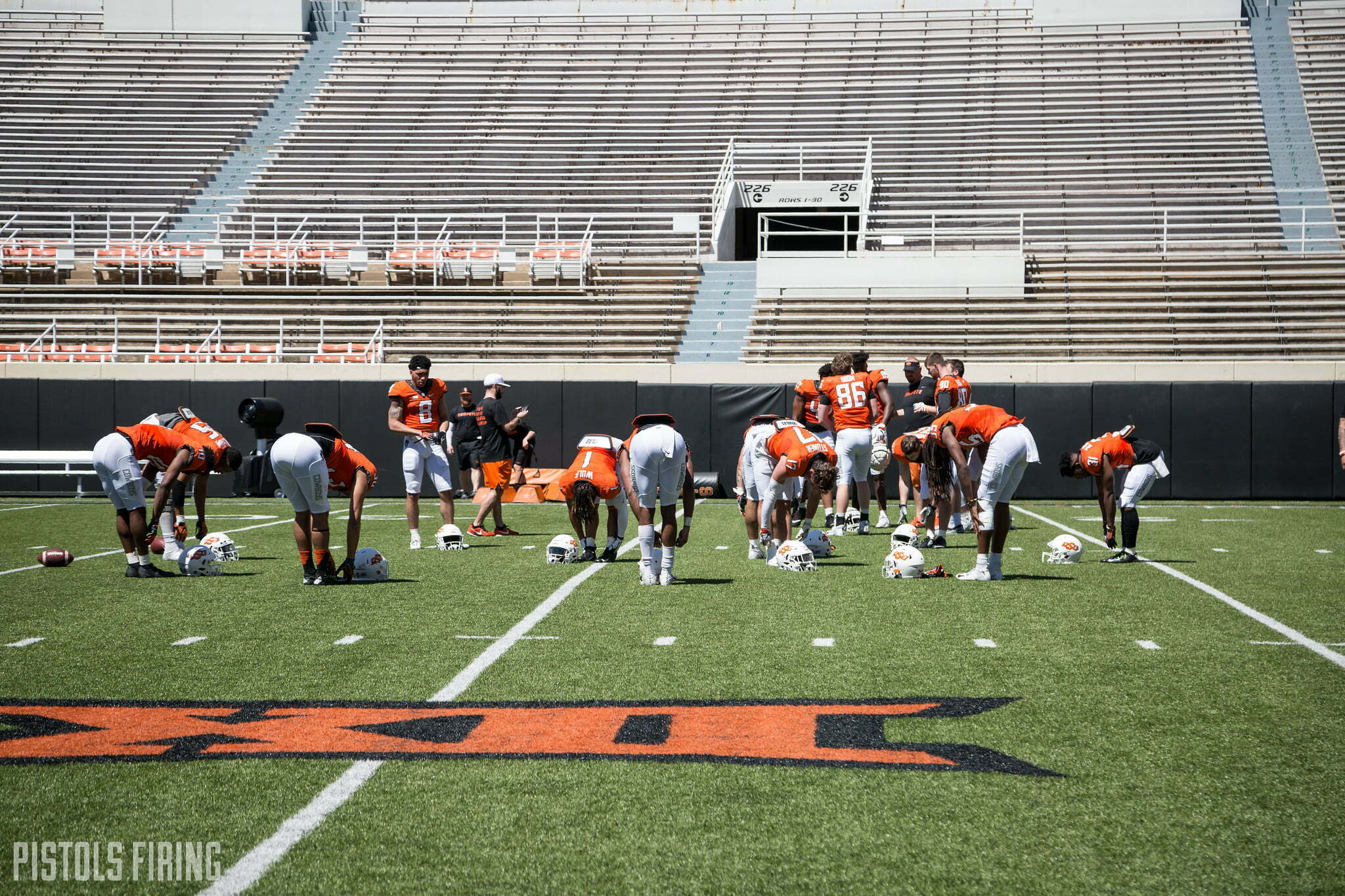 As the coroanvirus-fueled sports drought continues — and as the holiest of sports seasons looms on the horizon — athletic directors all across the country are trying to figure out if there (and how there) will be a 2020 college football season.

It’s not only the most popular draw to college campuses, college football is the biggest business in amateur athletics. So schools will find any way they can to fulfill their hefty contracts to the likes of ESPN and FOX.

An in-state athletic director brought up one possibility that might not be that far-fetched. Tulsa AD Derrick Gragg spoke with Tulsa’s KJRH TV sports director (and friend of the pod) Cayden McFarland about the potential for games to be played in front of empty seats.

If there is a College Football season in 2020, it could be in empty stadiums according to @TulsaHurricane Athletic Director Derrick Gragg. pic.twitter.com/kncgMMwonq

One of those empty venues his school would be playing in is Boone Pickens Stadium. The Golden Hurricane is scheduled to visit on Sept. 12. If that game goes on as scheduled, could it more closely resemble one of OSU’s pseudo spring games than the first Saturday home game of the fall?

Not every AD sees this as a possibility. Texas A&M athletic director Ross Bjork doesn’t view playing to empty seats and echoes as a viable option.

“I can’t comprehend it, especially looking at our place where you have facilities built specifically for housing these large gatherings, 100,000-plus people,” Texas A&M athletic director Ross Bjork said in a recent interview, “and you have financing related to that based on ticket sales and advertising and suite sales and donations.

But as Gragg pointed out — and as Carson and Kyle discussed recently on the pod — even if this pandemic has receded and we are back to business as usual by the time late August rolls around (which doesn’t feel like a possibility at this point), how eager are people going to be to show up in droves, rub elbows at tailgates or sit on top of each other in the stands?

As we all deal with the stress and the threat that this crazy situation has on our health and our loved ones, we may also have to feel the much less important — but still very real — affect is has on one of our biggest escapes.