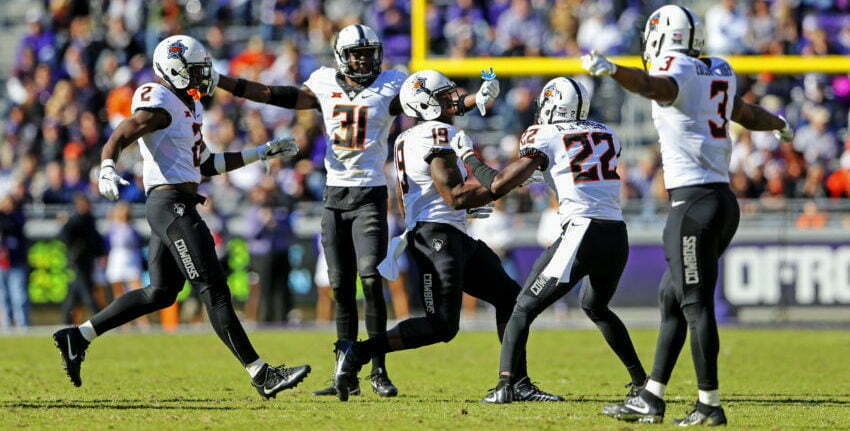 Many expect for Friday’s Alamo Bowl to end up as a shootout, and that may end up to be true, but the Oklahoma State Cowboys will have to accomplish that against one of the best defenses that they’ve seen all season.

Colorado defensive coordinator Jim Leavitt has put together a unit that is 17th in the FBS and second in the conference in total defense. The Buffs’ secondary, which features second-team All-Pac-12 seniors Chide Awuzie, Akkello Witherspoon and Cedric Thompson, will create challenges in the passing game.

When it comes to forcing turnovers, though, the Cowboys can hold their own as well. Although they don’t have nearly as good a secondary when it comes to pass defense, they do pride themselves in takeaways. OSU is second in the Big 12 in turnovers gained this season, and it has played a big part in their current 9-3 record.

The Cowboys and the Buffaloes seem to be at a statistical gridlock. While the Buffaloes have forced more turnovers than the Cowboys, the Pokes rarely turn the ball over. In fact, they’re tied for 16th in the nation in fewest lost turnovers.

The Buffs, on the other hand, have given away the ball 19 times, which is tied for 63rd. In their last game in the Pac-12 Championship against Washington, they gave the ball away three times (albeit against the No. 1 team in the country in forced turnovers), all being interceptions.

Here’s what Colorado head coach Mike MacIntyre had to say about OSU’s ability to create turnovers.

“Defensively they cause turnovers right and left, aggressive on defense,” said MacIntyre. “They have big safeties that might scare our guys to death they hit so hard. The one thing that I think is a great mark of coaching that they do is they take care of the ball and they cause turnovers. You coach that. They possess and understand how important the football is.”

OSU head coach Mike Gundy had similar praise to give to Colorado’s defense, and he compared their style to a fellow Big 12 team, also known for their defense:

“With Coach Leavitt and his history, their style of play would be somewhat like TCU,” said Gundy. “Again, nobody’s exactly. Trying to take away throws. They have skill in the secondary. We’ve had a brief meeting, but feel like this could be the best secondary that we may have faced as a group throughout the year. They have a tremendous pass-rusher with pressure inside . . . Overall the closest would be, over the last three or four years, TCU’s style of play in our league.”

Both offenses have proven their ability to score points. But the real story will be which team can force the most turnovers and give their offense extra possessions. Against two teams that are so evenly matched, that could prove as the difference between winner and loser.