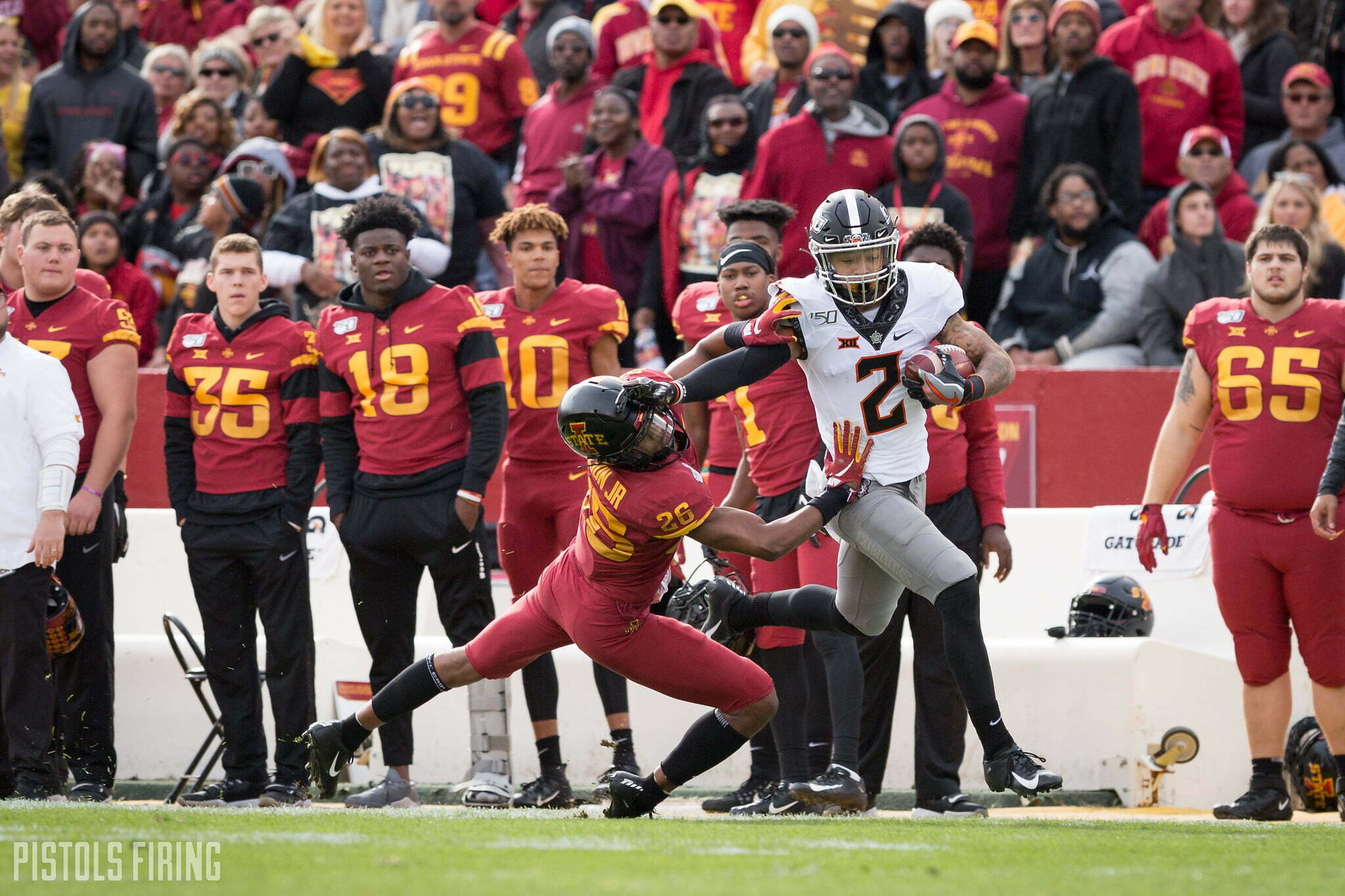 After rumors and speculation circulated throughout Halloween, Tylan Wallace has officially torn his ACL, The Oklahoman‘s Scott Wright reports.

It’s believed that Wallace suffered the injury in practice on Tuesday. He will miss OSU’s remaining four regular season games and a potential bowl game.

The junior was putting up an unreal season to follow his amazing sophomore season. He had 53 catches for 903 yards and eight touchdowns. It’s a season that fits nicely with some of the other all-time greats in OSU history. His 112.9 yards per game this season ranked seventh nationally heading into the week.

His final game of the season (and perhaps in a Cowboy uniform?) included one of the best plays a wide receiver has ever made at Oklahoma State, as he went 71 yards to the house at Iowa State after laying out multiple Cyclones on the thick turf at Jack Trice.

The Wallace family is not unaccustomed to these injuries. Tylan’s brother, Tracin, retired earlier this year because of multiple ACL injuries. It won’t come to that for Tylan, who still likely has a professional career ahead of him, but this injury certainly throws a lot of it into chaos as OSU’s season winds down.

There is also the matter of this season for these Pokes. To say Wallace was Spencer Sanders’ favorite target is to say Mike Gundy makes a healthy salary. Wallace accounted for 46 percent of OSU’s receiving yards and over a third of the receptions. Only two other players currently have over 200 yards, and just barely after Braydon Johnson scored on a 50-yarder last week at ISU. 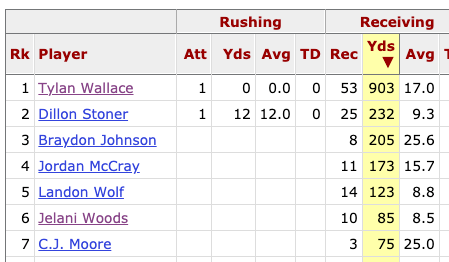 Sanders will have to figure out something different down the stretch. After Mike Gundy compared Wallace to Dez earlier this week, I never knew how appropriate that comp would be.

If Tylan is done as a Cowboy then they’ll end their careers one reception and less than 100 yards apart in production. They’ll also share a more dubious distinction: Missing the end of their junior seasons.

Down but Not Out 💯 Everything Happens for a Reason 🙏🏽 #LoyalandTrue🍊🔫 pic.twitter.com/3gFfFTYO1g