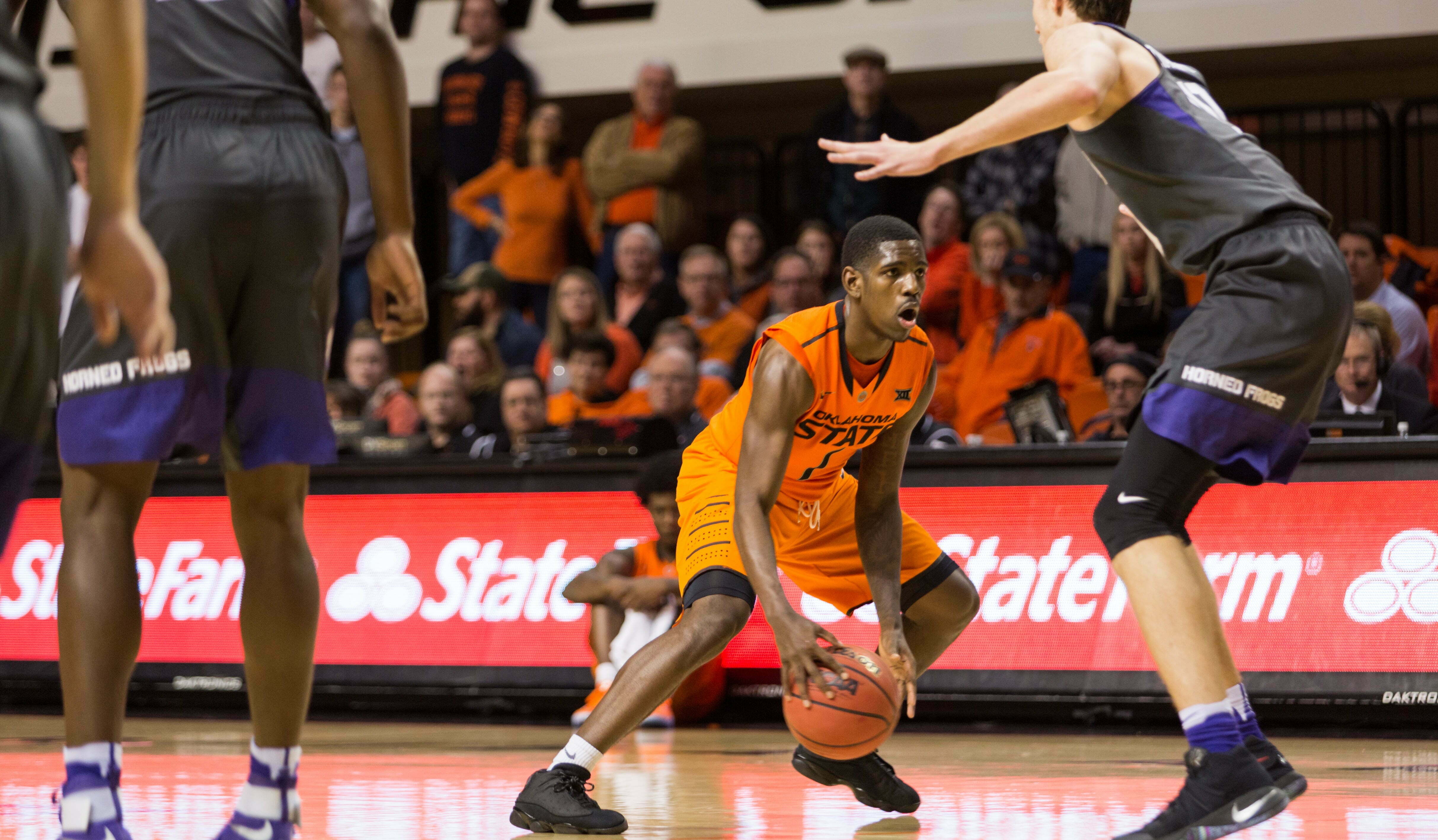 Jawun Evans had one of his best games of the season on Monday against TCU. Evans poured in 27 points on 11/17 shooting, added eight assists and two boards and only had one turnover. His head coach Brad Underwood was more pleased than Les Miles after a 29-play, 17-minute TD drive.

“I thought the second half we were able to get into a little better rhythm, we got out in transition a little bit which helped us get some easy baskets, and in the second half it was Jawun’s game to manage,” Underwood said. “We got him in the open floor with a lot of switches, he got to the rim.

“He was so efficient. He’s so good in transition. He runs the court so hard, and that’s a big, big part of what we do.”

Doug Gottlieb actually mentioned this on Twitter on Monday.

I do think Evans is awesome in transition. Just spectacular. His court vision is his most underrated (and possibly best) attribute, and when he has the offense on a string like he did on Monday, it is unstoppable. As Kyle Boone pointed out in his five thoughts, OSU’s adjusted offensive efficiency is top five in the country right now.

“He is a tough guard,” said TCU guard Kenrich Williams. “When he gets a full head of steam, he is quick and he can make plays when he has the ball in his hands. It’s tough guarding him but it is what it is.”

Here is the Evans pass from every angle. Spectacular. pic.twitter.com/uLmecPe95x

Not only that, but Evans was terrific on the defensive end as well. He only picked up one foul to go with one steal in 35 minutes of action.

“He’s caught foul trouble in different games and he’s coming off a ball game where he played 16 minutes against Tech because of foul trouble,” added Underwood. “He adds another dimension. He gets guys easy baskets and I think our pick-up point game being a little different on the defensive end has helped him as well.

“That’s the Jawun we know and love and we know how effective he can be. Tonight, the other thing that was big was that he had eight assists and one turnover. Those are the numbers you want out of an elite point guard.”

My only issue here, and I mentioned it in my notebook on Monday, is that Evans still forces the issue a little bit in the half-court game. He holds games in his hands so often, but sometimes it feels like he’s trying to squeeze the life out of them instead of directing the show.

Taking on 7-footers at the rim where a bail-out call is your only hope. Getting stuck in the lane with nowhere to eject. These are possessions that OSU can’t afford to cough up.

“Jawun is a good player, but what he does best is getting his teammates involved,” said the suddenly emerging Davon Dillard. “Just to see him get going and doing things like that, it gives us a spark. Especially me coming off the bench. It gives me an edge. He just does a great job with that.”

Evans, for his part, sounds like he’s intent on involving the entire squad.

“There’s been a lot more chemistry,” said Evans. “We’re just looking for each other more and more. We’re just getting easy buckets and that is what we’re looking for. We talk about it, too. So that’s been helping us out.”

I know I shouldn’t complain when the adjusted offense rankings look like this. But my hope is that over the final third of the season, Underwood’s offense and Evans’ talent meet to form a winning streak that sends OSU towards the NCAA Tournament. Jawun Evans was great on Monday, and he has been spectacular in spurts this year, but I think over the final 11 games he can be even better.