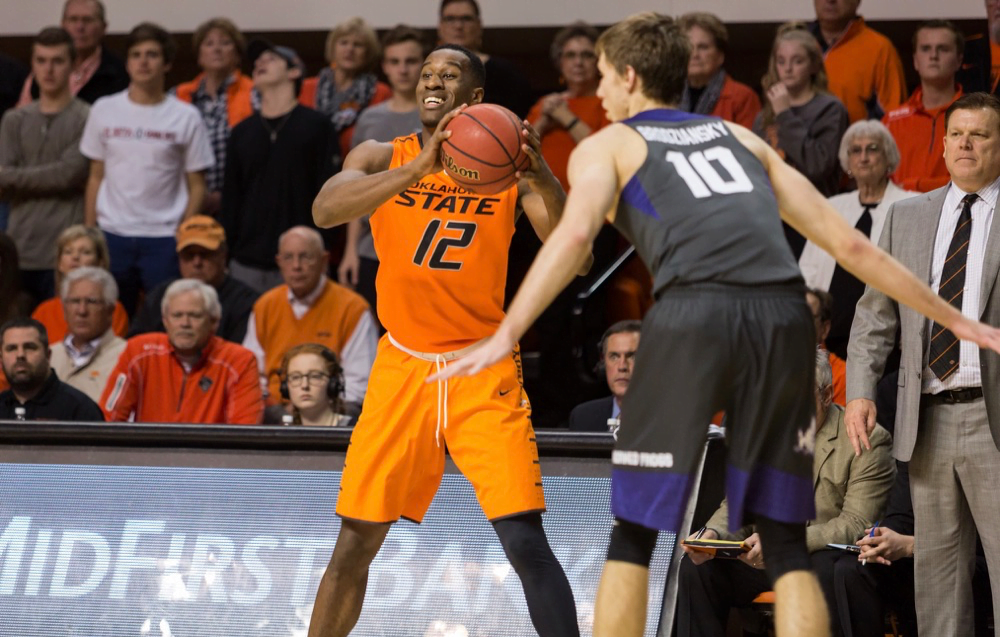 Since Jan. 21, in what would be the fourth quarter of every game (the last 10 minutes), the Oklahoma State basketball team has outscored its opponents by 69 points.

On Jan. 21, the Cowboys beat Texas Tech in Lubbock 83-64 and snapped an 0-6 start in conference play. Since then, OSU has been outscored in the final 10 minutes only twice, and both of those games ended up as victories anyway.

The Cowboys outscored Arkansas in the hypothetical fourth by 16, Oklahoma by 14 and tied Kansas at 24 a piece.

When Jawun Evans broke down OU’s Rashard Odomes with a minute left in Bedlam, got to the bucket for an and-1 layup and put the Cowboys up by 1, it was because he’s awesome at basketball.

But it was also because of Brad Underwood and the culture he instilled at practice.

At the end of most every day in the gym, the Cowboys do a weave drill down the floor before the last guy lays it in and the other two hit jumpers behind. They hover around 100 made shots in the short time they have, but Monday when the buzzer rang in the empty arena, they had hit a record 130.

Monday marked exactly four months and four days since the season started. That’s why OSU has been so good. Yes, the defensive change to cover the gaps against Texas Tech helped them win that game and turn things around, but their conditioning and relentless commitment to workouts late in the season has made that 69-point fourth-quarter lead more validated.

Evans said he didn’t know he could practice this hard, for so long, so late into the season. He said it’s great, and he has come to even love it.

“We get no days off,” he said. “We out there. You don’t see none of us on our knees huffing and puffing, but the other team, they’d probably be tired, and you just be beginning the game. … We out there fightin’ hard. Every day we come to practice ready. We practice like we did at the beginning of the year when we first got here.”

It started with the treadmill. Everyone knew about the treadmill and how if someone screwed up, he had to run for it. Some people thought that was crazy. They had never seen that at OSU, definitely not under Travis Ford’s watch.

Well, the Big 12 and possibly the NCAA has never seen a turnaround such as the one Underwood has conducted in the past month and a half, so the treadmill is still plugged in.

“You’ll spend some time over there,” Leyton Hammonds said. “It kinda becomes your best friend.”

Hammonds has been one of the Cowboys’ most unexpected bright spots late this season. He put up 19 against Iowa State in Ames, 18 on Kansas State in Manhattan and 21 against TCU in Fort Worth. He said without any doubt, the culture of work Underwood has cemented into this team has had an impact, especially late in games.

“It’s crazy how your body can go on a different level that you had no idea you could go to,” Hammonds said. “All it takes is the right person or somebody to push you to that level. … You gotta win with hustle plays, winning plays, and that’s what we practice every day. When the game gets under those four minutes, that’s why in practice you gotta win, so at the end of games, it becomes easier for us to win.”

The Cowboys are going to need that Thursday against Iowa State in at the Big 12 Tournament in Kansas City, and if they beat the Cyclones, they will need it again for (probably) Kansas in the second round to duplicate the end of their regular season schedule.

No matter what the results are, Underwood said his group has completely bought into his culture. He didn’t care about what paradigms Ford had set up for his players, he said. He was going to tear it down anyway. That was probably the right idea.