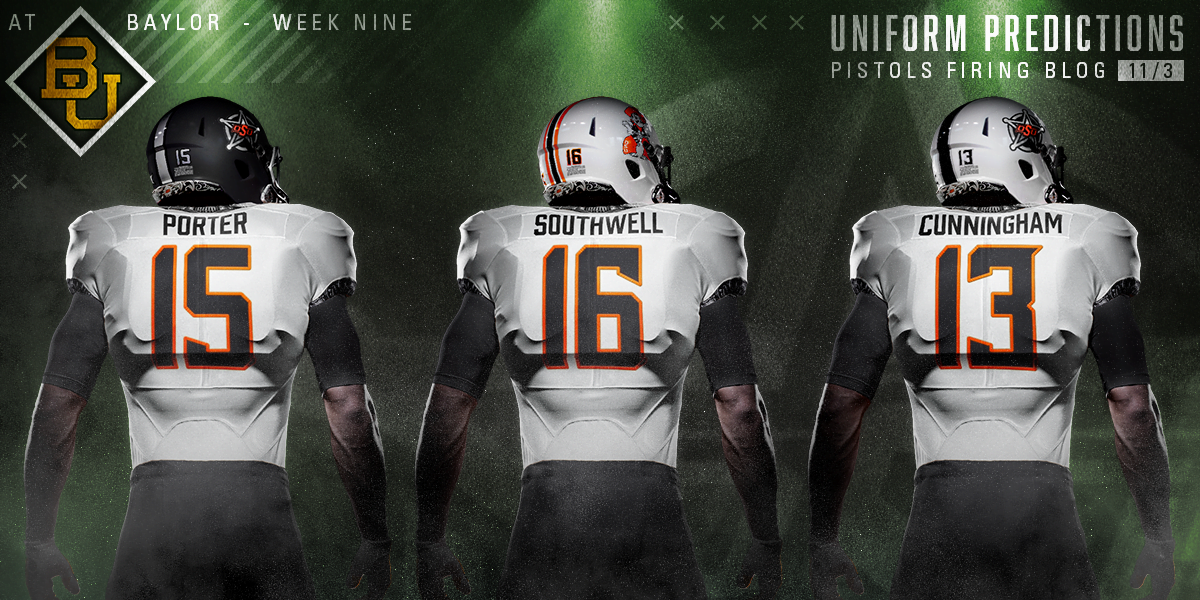 For the first time in three weeks we have uniform predictions. OSU was off two weeks ago and revealed their 1988 throwbacks uniforms on Monday of last week so our scorekeeper (and designer of these graphics) Chris Knox awarded all of us four points because we were all going to pick the full throwback kit anyway. On to Baylor.

Porter: Like Carson, I’m on tilt (for multiple reasons) after last week’s Texas game. The black-white-black combo has traditionally been worn on the road at Texas, but I think OSU uses it a little farther up I-35 this year. It’s a great combo — although I’d like to see it with the brand — and the same on OSU wore (kind of) during Bedlam 2016 in Norman.

Carson: I feel like I’ve been in a medically-induced uniform coma after seeing the 1988 throwbacks executed perfectly. I don’t know what year it is, or what uniform OSU even wears anymore. I’m having to re-learn everything. I’ll go with one of their better combos we’ve seen before, just to get my bearings.

Southwell: Initially I wanted to pick B/W/W for this game to parallel 2014 and potentially playing a frosh QB, but there’s no need if Corndog continues to play at a high level, which is so important for confidence heading into Bedlam a week later.

Also, OSU lost to Baylor in B/W/W. OSU hasn’t won in Waco since the release of the new uniforms! I don’t know what to pick! I’m choosing something that I think would look slick coming off a Homecoming throwback look. Zac Robinson 2009 Uni Heisman vs Baylor in all gold (yikes). Might actually be a great time to see W/W/O… 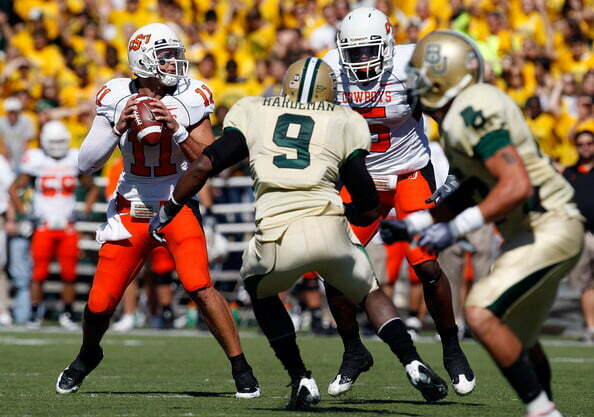