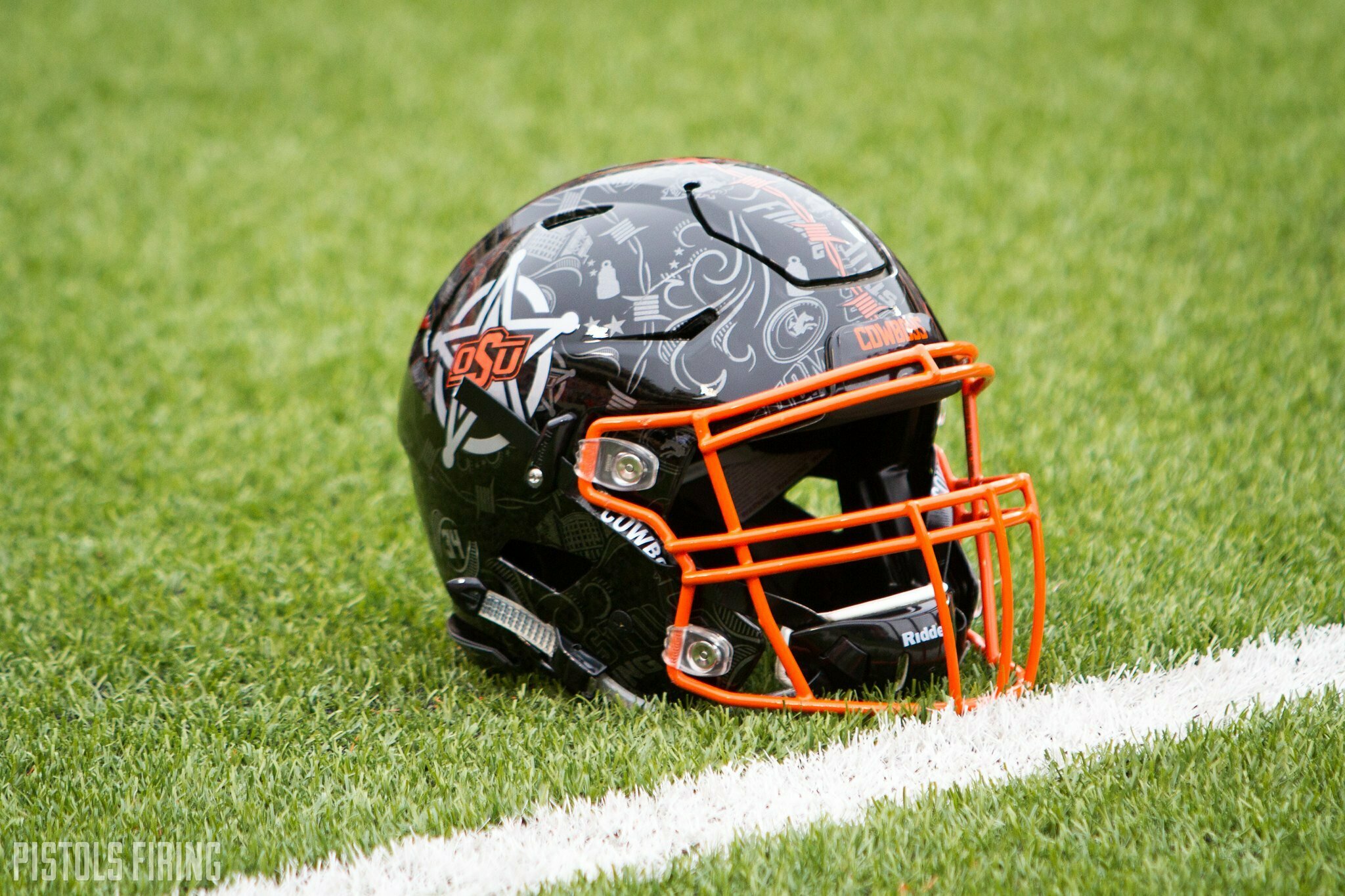 Week 5 of the uni predictions, and things are heating up a bit. Southwell and Carson haven’t missed over the last two weeks with K-State coming to town, and my early-season lead has evaporated like OSU’s passing game inside the 30.

Southwell came up with this unbelievable spreadsheet that is much better at keeping track of the standings than I am at doing it manually. I apparently forgot what the scoring system was to begin with so throw my idiocy out the window, and pay attention to his chart from now on. Here’s a look after four games. 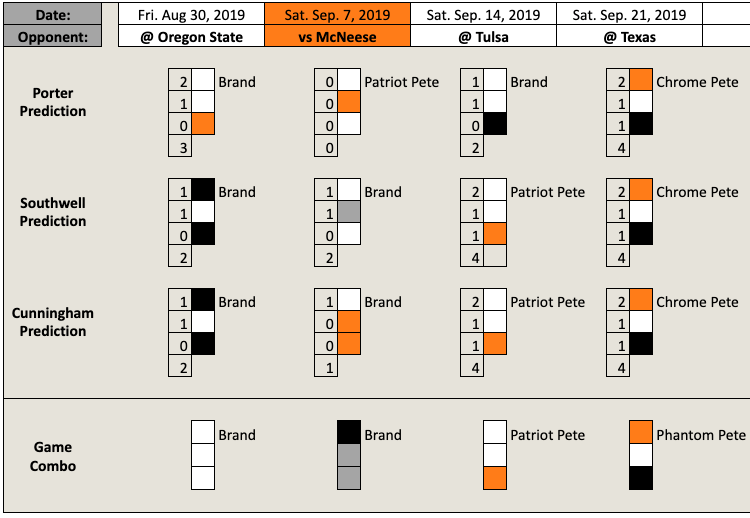 Here are our predictions for this week.

Kyle Porter (BBO — Ed Hardy helmet): OSU hasn’t worn this in quite a while — since 2013 against Kansas State at home according to Southwell’s chart — but it’s a great one. I don’t love the Ed Hardy helmet, but I can stomach it if they go BBO on us this weekend. OSU is 2-0 (wins against KU and K-State) in this combo.

Carson Cunningham (WBW — chrome brand helmet): I wanted to go BBG, but Kansas State is going to have silver pants. They haven’t worn the brand so far this season (ed. note: they’ve actually worn it twice) so I’m going to go white helmet with the chromed-out brand with one stripe. Then black jersey and white pants. Simple but they haven’t worn it since V-Tech in the 2017 Camping World Bowl. They also wore it in 2015 against … Kansas State at home.

Justin Southwell (WOO — brand helmet): It’s crazy that we’ve seen Phantom Pete on black, white, and now orange. The Are You Not Entertained Phantom Pete on carbon fiber has eluded us. This is unfortunate considering it would be amazing to see carbon fiber Phantom Pete/black/gray against Kansas State this weekend.

I think we’ll see an updated version of what Oklahoma State wore against Kansas State the last time they wore orange against the Wildcats back in 2007: white (brand)/orange/orange.