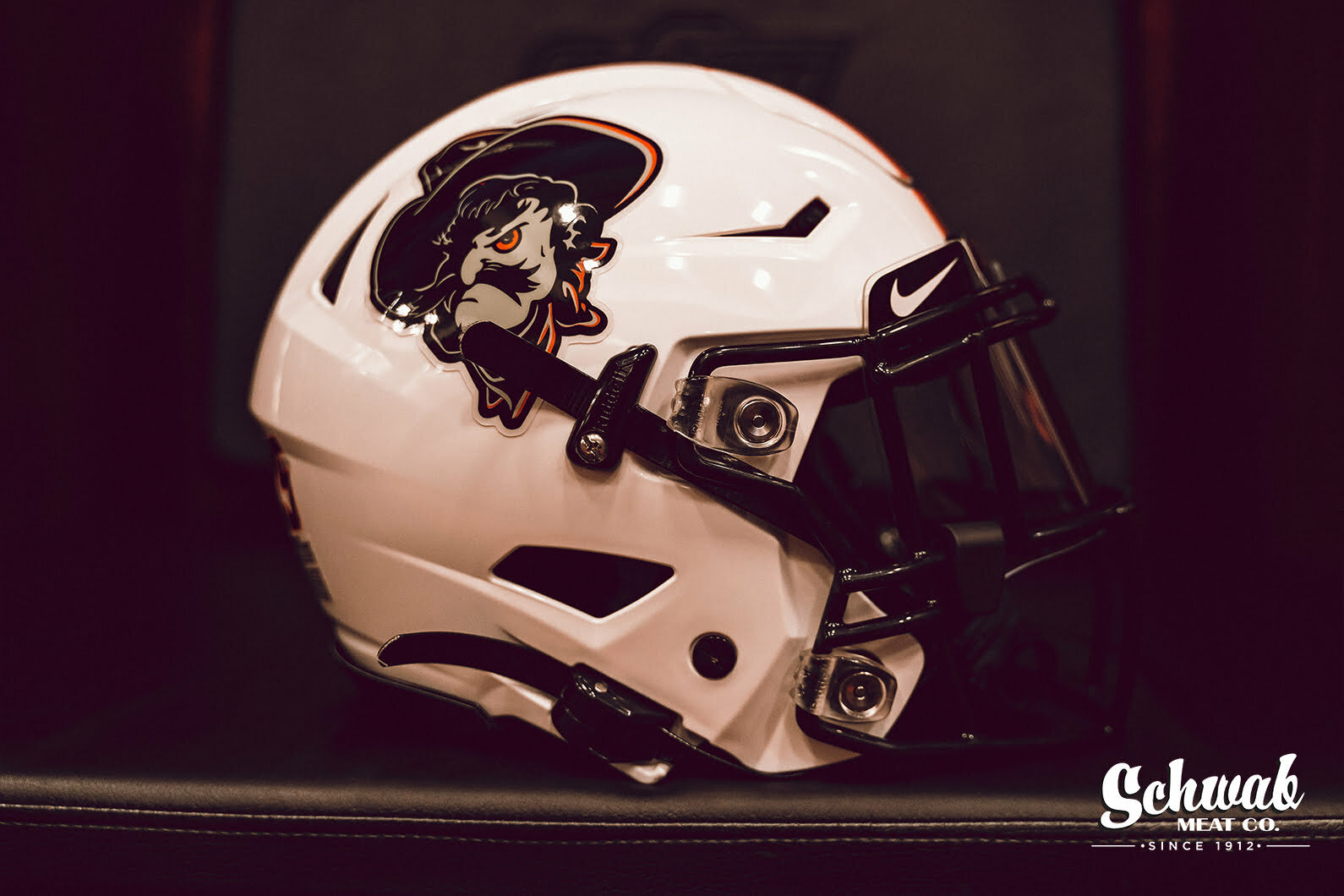 The Cowboys will kick off conference play in style.

Oklahoma State will don white-black-white uniforms with a Pistol Pete helmet with black facemask and three-stripe accent for the Pokes’ Big 12 opener against Kansas State. It’s a clean set that should look nice against the Wildcats’ classic silver-white-silver uniform set.

Notable is a 23 decal on the back of the lid in memorial of fallen Cowboy, and the school’s first Black football player, Chester Pittman. Pittman, who broke OSU’s color barrier 1957, died in last December.

The Cowboys are also sporting No. 23 warmups for Pittman.

This is the fifth time the Cowboys have gone W-B-W and second time they’ve worn it against K-State, a classic 36-34 win over the Wildcats in 2015. This helmet closely resembles the one worn by Mason Rudolph and Co. during that game, except that one included a single black stripe trimmed in orange.

If you’re the superstitious type, you love to see it! OSU is 4-0 all-time wearing this combination. OSU also beat Baylor in this garb in 2013 as well as Iowa State in 2014 and Virginia Tech in the 2017 Camping World Bowl.