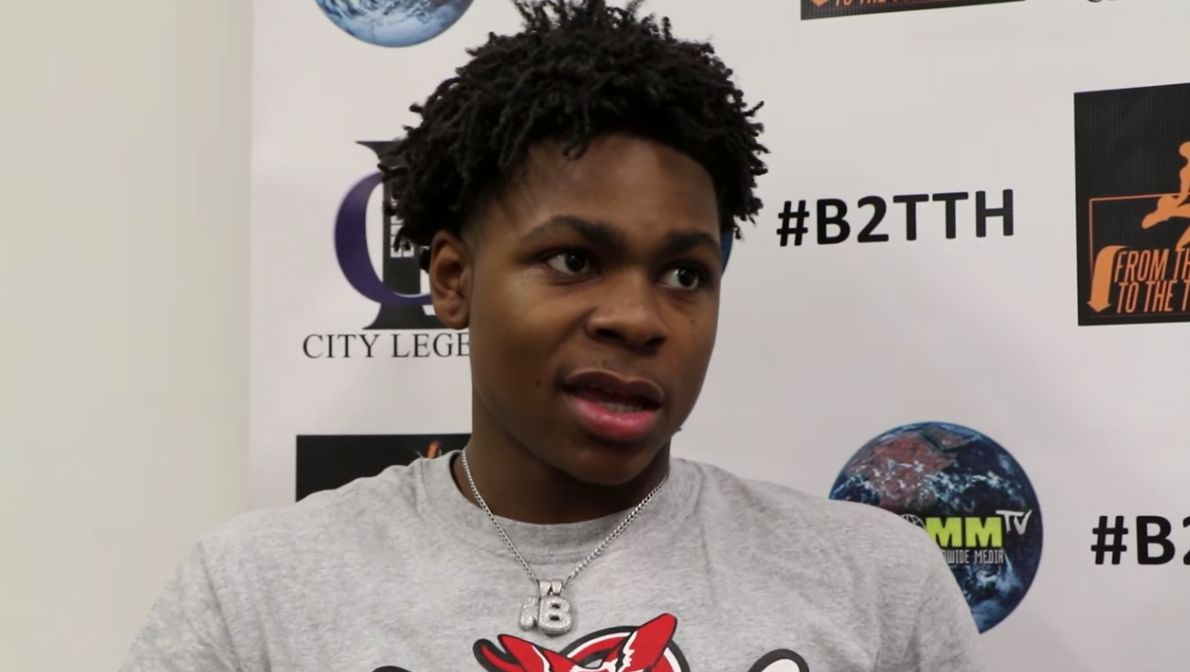 Earlier this week, Oklahoma State offered a basketball scholarship to somebody none of us had ever heard of.

Quick aside: When Mike Gundy does this, he’s often pilloried up and down the digital OSU streets but when Mike Boynton does it, he’s praised for getting out ahead of everyone else (even if the player he offered barely has a profile on any recruiting website). Some of this is benefit of the doubt when it comes to recruiting, a lot of it is probably unfair toward Gundy. Another post, another time.

Anyway, Khalil Brantley is the kid’s name. He’s a 2021 point guard from Boys and Girls High School in Brooklyn, and he’s a terror. Or at least he appears to be. The numbers — a 34-9-4 line per game — are astounding. The film is, too. But I wanted to know more about him. Why, in a sea of 4- and 5-star offers, would OSU reach out to somebody who couldn’t even get a page made on the most prominent recruiting sites in the world?

Boys and Girls High is the oldest high school in Brooklyn. It originated in 1878, just after the Civil War, and it has seen future professional talents like Connie Hawkins, Pearl Washington and Lenny Wilkens pass through its hallways.

New York City point guards — like Washington — exist in a revered atmosphere in basketball circles. We can argue about whether that’s deserved or not, but it’s clear that Brantley fits the mold. His high school coach at Boys and Girls — Ruth Lovelace — gave about the best endorsement you can give of a high schooler going into the summer before his senior year.

“I tell people all the time that I have been here 27 years and I have coached a handful of really good guards in my time but I would say Khalil is in another class,” Lovelace stated. “I never say that a kid is great but Khalil is in a category of being special.”

Lovelace would take it a step further in her praise of Brantley as after the Kangaroos win over Brentwood, she said that he is the best guard since Pearl Washington to take the Boys & Girls floor. [Rivals]

Easily in Lovelace’s mind Brantley is the best guard in New York City right now, and with the likes of Pittsburgh, Seton Hall, St. John’s, Georgetown, and Indiana all starting to pick up their interest in the star junior the word looks as if it’s getting out to those outside the five boroughs that the Kangaroos have another major talent to watch. [Rivals]

Brantley physically looks (and possibly plays) like Russell Westbrook (at least he does to me). It’s an obvious comp. His Instagram page is a conglomeration of just unbelievable highlight videos that show off every skill he has. Freakish quickness, great speed, strength and a pure shot when he’s set. He’s also mega-competitive in a way that’s both Westbrookian and galvanizing. It’s safe to say I’m adequately enamored.

But it runs deeper than what he does on the court. You should watch part (or all) of this interview below. The way he talks about basketball, the way he talks about himself and his teammates and the future and what he wants his life to be, it’s not difficult to see why Boynton offered him.

“I’m just doing anything I can to help us win but honestly I really can’t do it without my teammates because they make this all possible for me,” Brantley told Rivals recently.

“I’ve been working my whole life for this stuff and I’m finally now getting the chance out there for everyone to see what I can do on the next level, and to be doing it with my teammates who are amazing is the absolute best.”

Brantley is a little bit small and a little bit off the radar, but that might be changing. He’s recently received offers from Creighton, Seton Hall and Georgetown. I have to confess that I’m enthralled with the idea of the best point guard in NYC spending a few years in Stillwater, USA.

“I want to go to the college that needs me not wants me,” said Brantley recently, followed by this dagger. “Duke is my dream school.”

Who knows where Brantley eventually ends up, but it does appear that Boynton has some advantages here. He’s one of the first major schools to offer, and the Brooklyn2Stillwater connection is obvious.

I ended April having literally never heard Brantley’s name, and now I’ve begun May wondering how quickly Oklahoma State basketball can get a commitment from the best point guard in New York City.