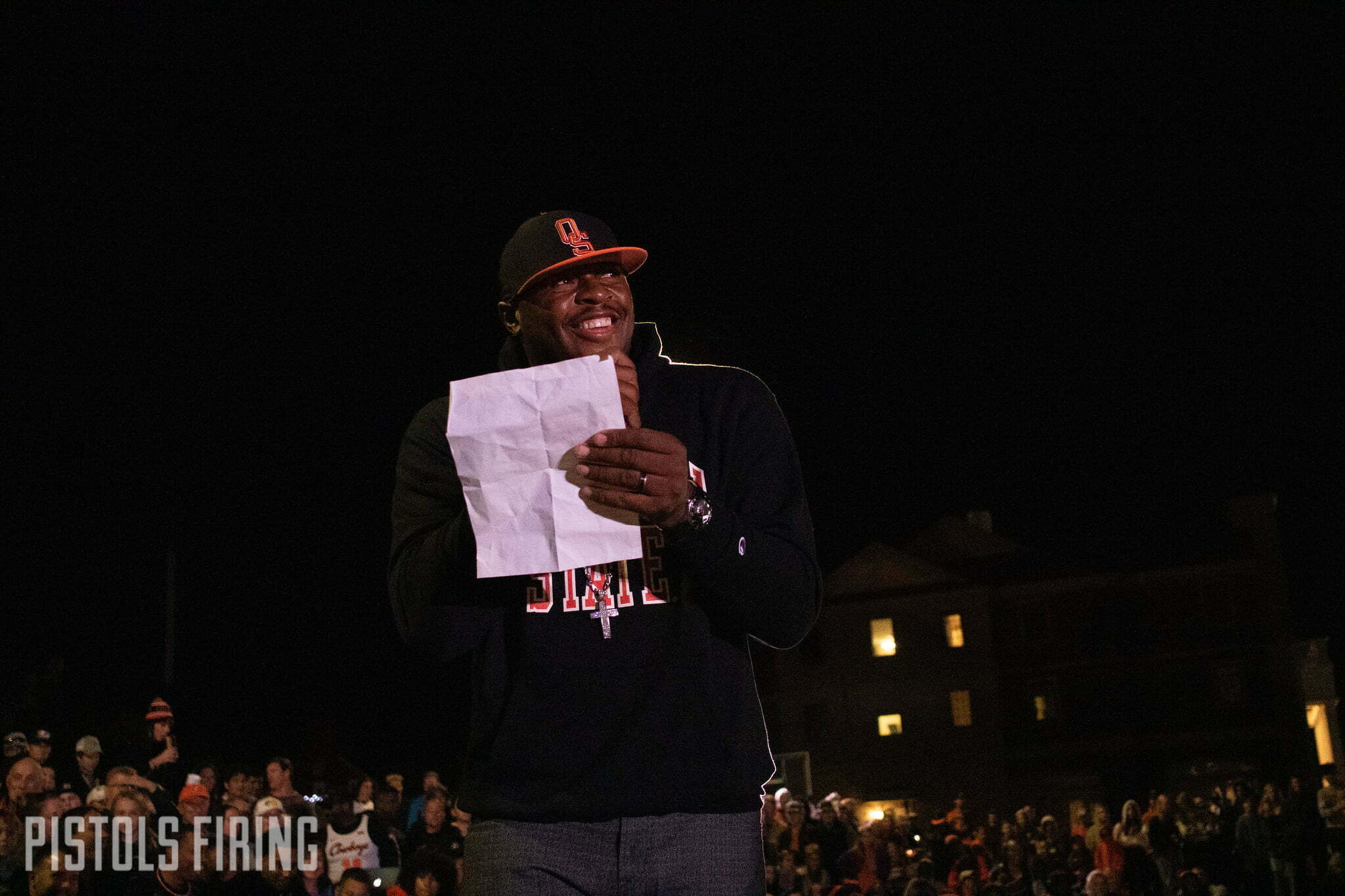 STILLWATER — This Cowboy basketball team is quite athletic, evident by the three high flyers showing off at the Beta house Friday night.

At Oklahoma State’s revamped Homecoming & Hoops, Bryce Williams, Matthew-Alexander Moncrieffe and Moussa Cisse braved the chilly elements and put on a show in the dunk contest. Williams took home the crown, something OSU coach Mike Boynton predicted earlier in the week. Here is a look at all of Friday nights throw downs.

I started the video a little late on the first dunk of the evening. Moncrieffe went between the legs before throwing the ball off the backboard and finishing with this tomahawk jam.

Williams was up next, setting himself up with an alley-oop off the bounce before throwing down a windmill, reverse dunk.

Cisse stuck half his arm in the rim on his first dunk. It’s called a honey dip, a dunk Vince Carter popularized in the 2000 NBA dunk contest.

Moncrieffe was back up to start the second round. Had he gotten this to go down, it would’ve been the dunk of the night. It’s a dunk I’ve seen him throw down on a few occasions. The elements probably didn’t do him many favors.

Williams’ Round 2 dunk came off another self-oop. This one coming from the corner in windmill fashion.

Cisse showed in his Round 2 dunk that he isn’t just tall; he has bounce.

In his final dunk, Williams had a mask on while going between the legs with this reverse jam.

Cisse attempted a drop-set, between the legs throw down for his final go, but he narrowly couldn’t convert.