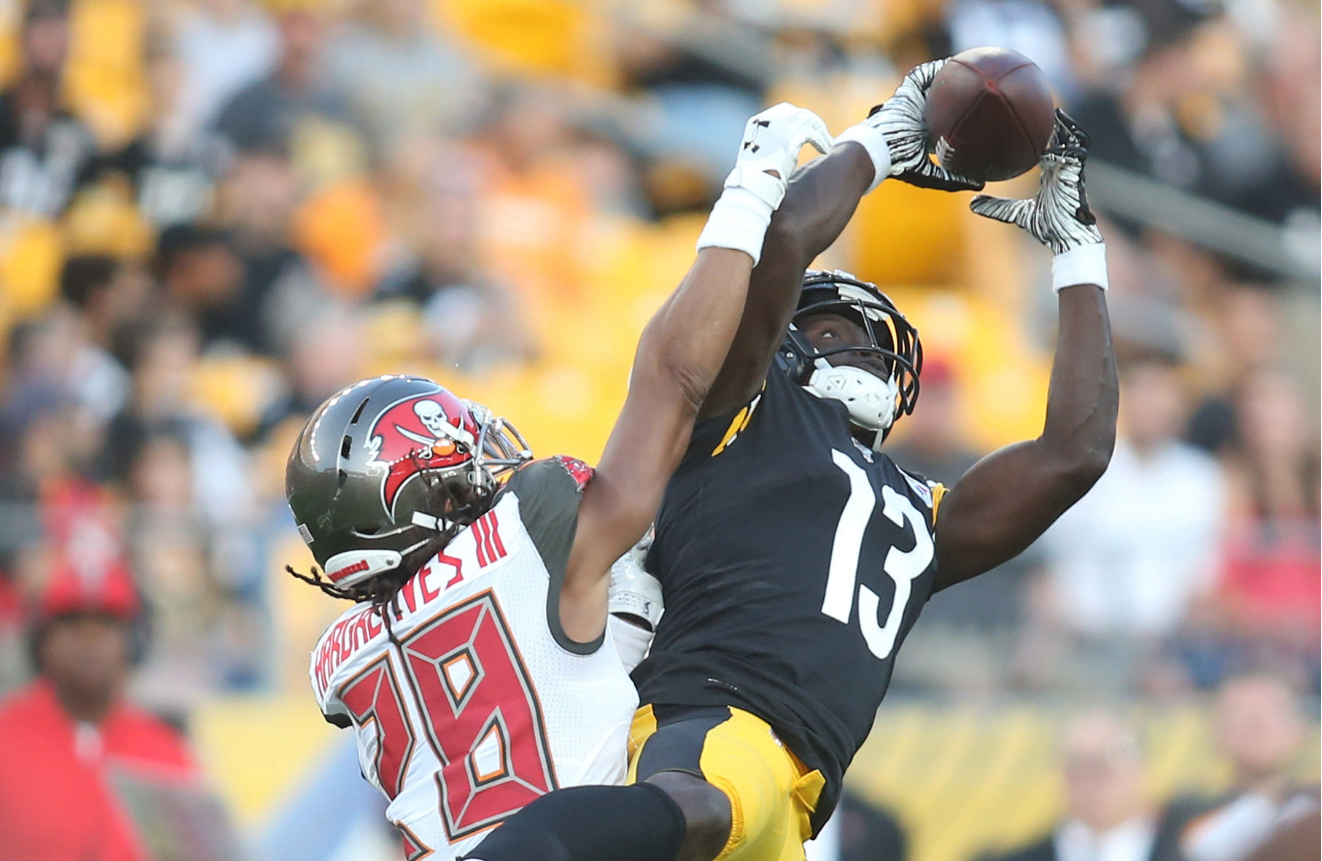 On Friday night, James Washington got his first chance of the year to show out on the football field against an actual live opponent — and he didn’t disappoint.

Early in the Pittsburgh Steelers’ preseason tilt with the Tampa Bay Buccaneers, Josh Dobbs found the second-year wideout from deep in his own end zone with this 44-yard bomb.

Then later in the second quarter, Dobbs found him again on a third-and-long.

Josh Dobbs may be building some chemistry with James Washington. Converts a 3rd and 21 here. pic.twitter.com/71RW01qig9

But he wasn’t done there. When his former college teammate, Mason Rudolph got his shot, the two connected for a score.

Washington had his fair share of highlights during last year’s preseason action, but that didn’t quite translate to on-field production once the regular season came around.

Despite reportedly transforming his body — he dropped 15 pounds — and hitting the playbook with a vengeance this offseason, Washington has found himself behind newly-added receiver Donte Moncrief, so far, in the hunt for the job of WR2 behind JuJu Smith-Schuster.

But if he keeps making plays like this, he’ll earn himself plenty of targets once the regular season kicks off.