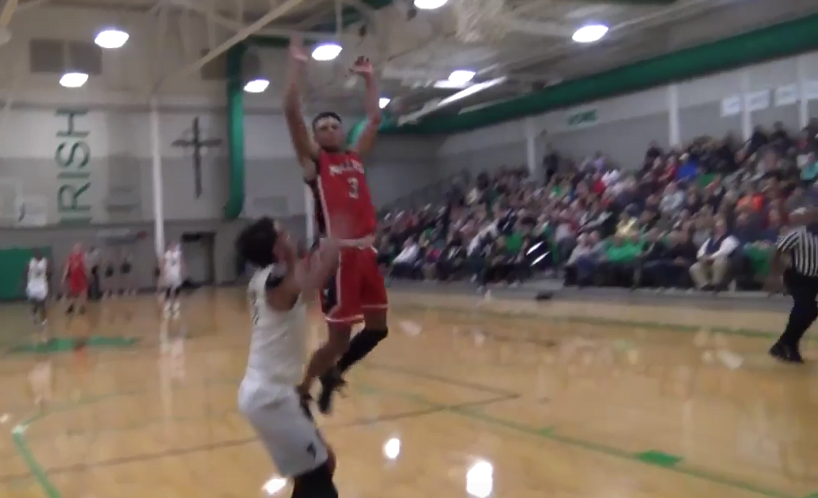 Norman North point guard Trae Young is a five-star prospect for a reason. He’s the best scorer in the state of Oklahoma, he’s an elite ball-handler, and he’s got some tricks up his sleeve that make him nearly impossible to guard.

Was this ball fake by @TheTraeYoung legal or not?
We know what @rayfordyoung thinks! pic.twitter.com/nBhsP9A0TH

Was it legal? Apparently not. He was whistled for a traveling violation. You can tell from Young’s reaction — and his dad’s at the 22 second mark — that they didn’t agree with the call.

Young is a 2017 prospect who is considering Kentucky, OU, OSU and Kansas among his final options. The 247sports crystal ball currently has the hometown Sooners leading in his recruitment, however the trend graph has Bill Self’s Jayhawks, according to recruiting experts, making a surge and appear to be emerging as a potential favorite, however Oklahoma State remains in the mix and has continued to recruit him since Underwood came to Stillwater. He has said he will likely wait until at least after the basketball season before making a final decision on his destination, and could come as late as the summer.