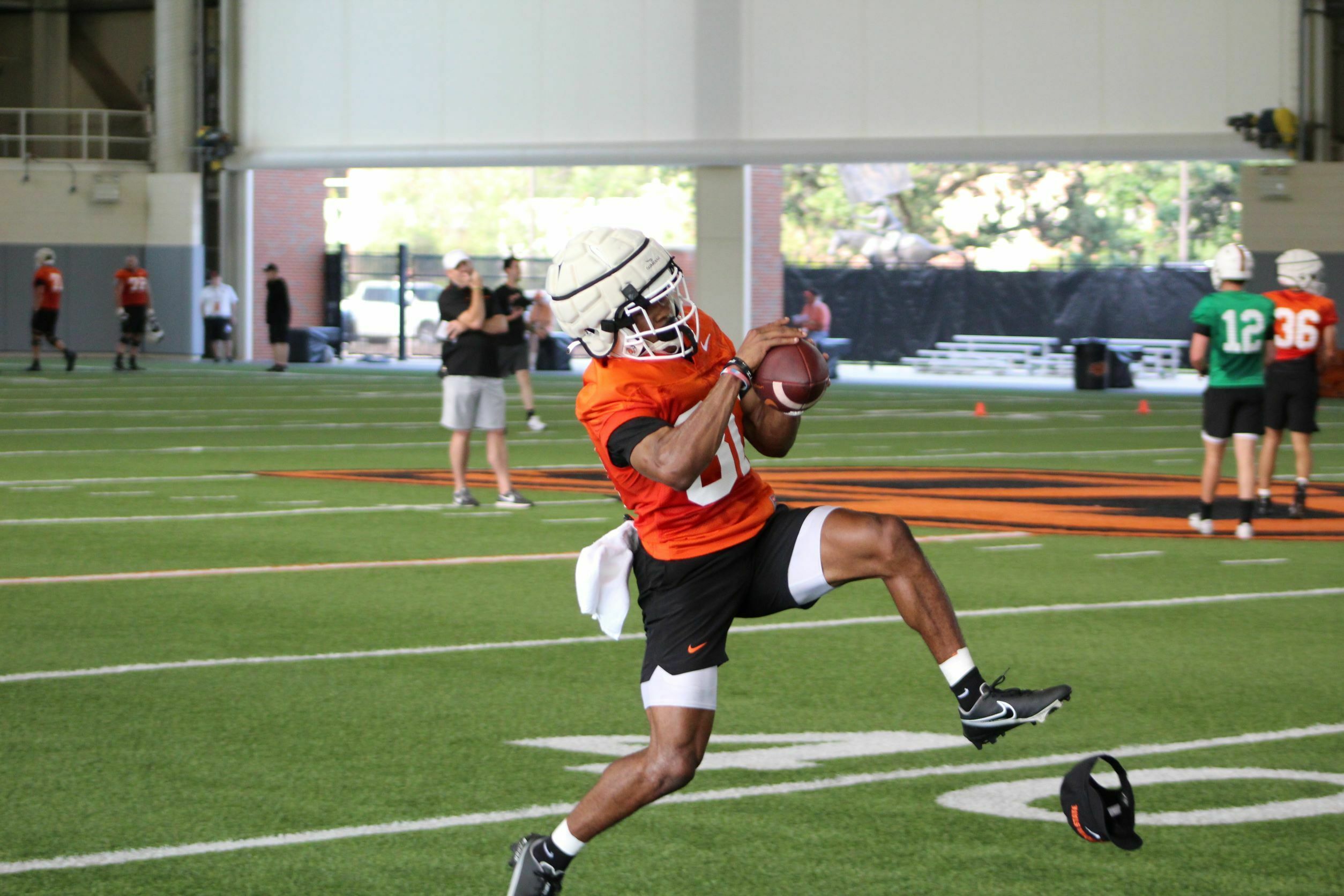 STILLWATER — Mike Gundy doesn’t pull a ton of punches; most often, he means what he says.

That’s why it’s all the more intriguing how confident Oklahoma State’s coach sounds in his 2021 squad. From defensive depth to Spencer Sanders taking as big a step in the spring as he has in the past two years, Gundy hasn’t shied away from saying he feels good about what he’s got, and he certainly wasn’t shy about his 2021 offense on the first day of fall camp.

There are reasons to think the Pokes’ offensive attack could take a step forward in 2021 after averaging 30.2 points per game last year. Sanders is in his third year as the Cowboys’ starter, and it’s the first year he enters after having the same quarterback coach [Tim Rattay] for consecutive seasons and having a full offseason.

The Cowboys did lose stars Chuba Hubbard and Tylan Wallace, but that duo gets replaced with a smorgasbord of depth.

Gundy has raved about having four capable running backs entering the season, with LD Brown, Dezmon Jackson, Jaylen Warren and Dominic Richardson. Gundy said having all of those guys should afford the Cowboys to stay healthy in the running back room by limiting hits.

At receiver, the Cowboys have blossoming standout Brennan Presley who scored three times in the Pokes’ Cheez-It Bowl win against Miami. Tay Martin is also expected to take a big step, and the position group has Braydon Johnson moving into the slot and a whole host of talented youngsters. True freshman Blaine Green looks like an early favorite to play a hefty amount of snaps.

“[Sanders and I] worked out a lot, but not just me, the rest of the receiving corps, we put in a ton of work this summer,” Presley said. “Just trying to get timing down, throws down. Just trying to work on like every aspect of the game and just really get better because we know this year we’re going to run the ball because we have a lot of good running backs, but also when we throw it, we’re trying to make one-play drives not 20-play drives.”

The crux of the Cowboys’ offense last season was attrition along the offensive line. Gundy mentioned at Big 12 Media Days that the “butt whippings” the young Cowboys were forced into last season will only help this year. It also helps that OSU added 6-foot-7, 350-pound Caleb Etienne, who Josh Sills said is “as big as a house — literally,” and the Pokes added three-time All-MAC honoree in Danny Godlevske at center.

Only time will tell whether Kasey Dunn’s offensive will make a return to the years where OSU became known as a program that will bust a scoreboard’s lightbulbs. But if Gundy’s demeanor entering fall camp has anything to say about it, things are looking up for the Pokes.