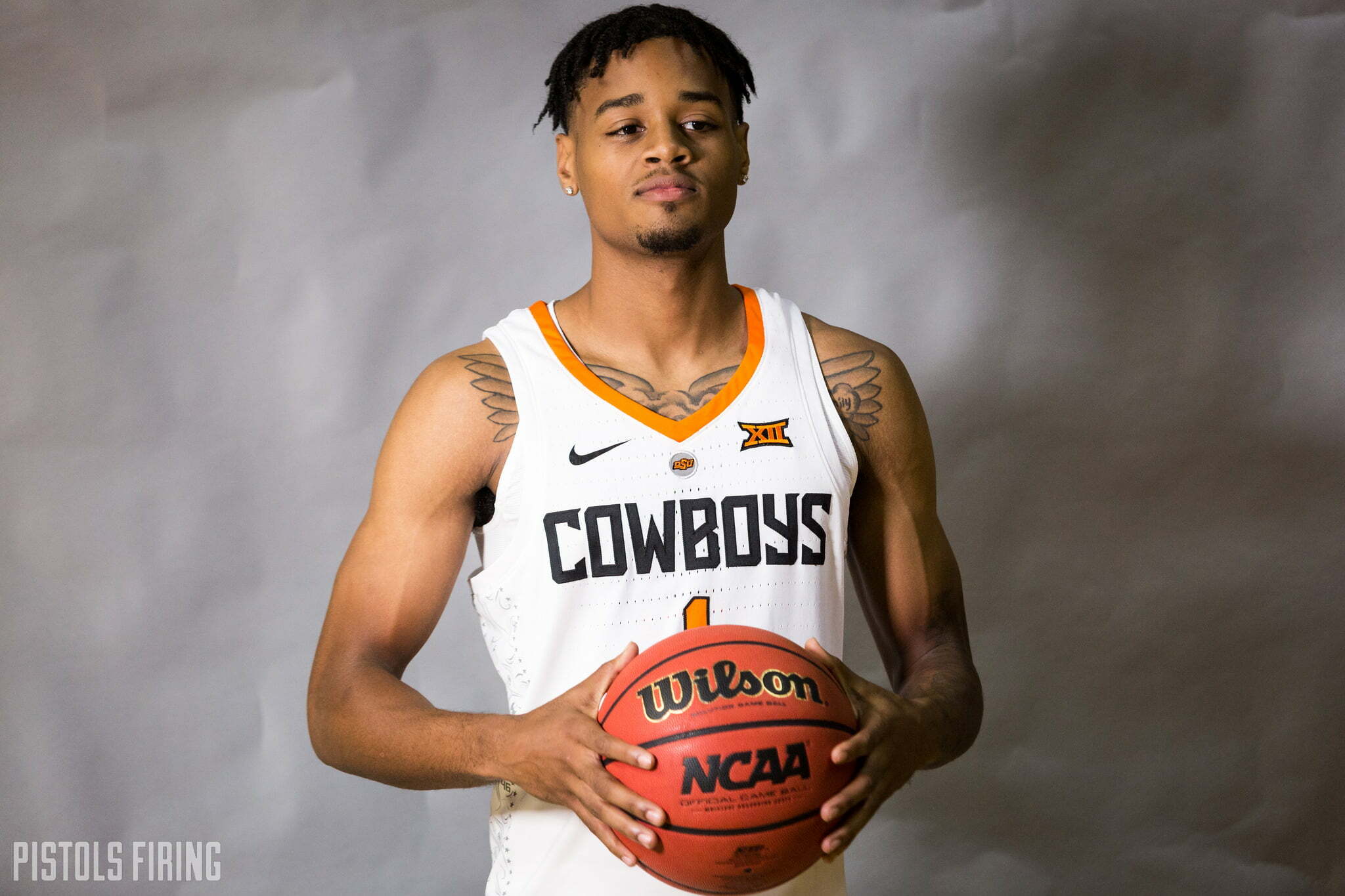 Curtis Jones has played only 41 minutes in an Oklahoma State uniform, but in that time he has showed how key his contributions to the Cowboys can be.

In his first game of the season, against Nebraska, Jones was somewhat of a nonfactor, scoring two points in 17 minutes, but against Central Arkansas, Jones’ 23 points drug the Cowboys across the finish line in a closer than expected game.

Jones’ scoring ability was something the Cowboys lacked in the nine games before he was deemed eligible after transferring from Indiana midway through last season. Jones has cut into Thomas Dziagwa’s minutes thus far, as Dziagwa averaged 29.1 minutes a game in the nine games without Jones, but has since averaged 20.5 minutes. That two-game sample size is probably too small to draw any overarching conclusions, but it makes a decent amount of sense.

Both Jones and Dziagwa are dead-eye shooters from 3. Dziagwa, a junior, ranks 22nd on OSU’s career 3-point makes list with 104. In his two games, Jones has already jacked up 12 triples, knocking down five. Jones’ length and athleticism, though, is better than that of Dziagwa’s, meaning Jones is more of a help on the defensive end.

Defense hasn’t necessarily been the issue with the Cowboys’ 5-6 start thus far, though. OSU’s adjusted defensive efficiency ranks 68th in the country, according to KenPom, while the Pokes’ adjusted offensive efficiency is 117th among Division-I programs. This is where Jones and Dziagwa together will be a big help to the Cowboys.

Take this bucket from the Central Arkansas game as an example:

With the ball on Dziagwa’s side of the floor, he’s basically being hugged in the corner, but Michael Weathers is able to zip a cross-court pass to an open Jones for 3. Eventually Jones’ defender is going to be stuck with a choice to stay outside of the lane to closeout Jones more quickly or stay in and help and hope Jones misses the shot.

If the defender does move out of the lane, it opens up more room for Weathers who has showed an ability to get to the bucket at will at times this year. It’s not only Jones and Dziagwa who have to be respected from deep, though. Notice Lindy Waters’ defender staying out, too, and Cameron McGriff is another deep threat. Likewise with Weathers, freshmen Isaac Likekele is more of a slashing point guard, meaning the more space Jones frees, the better for OSU’s offense.

It’s too early in Jones’ career as a Cowboy to fully tell, but if he continues to be a consistent scorer for the Pokes, it could be OSU’s missing offensive piece.