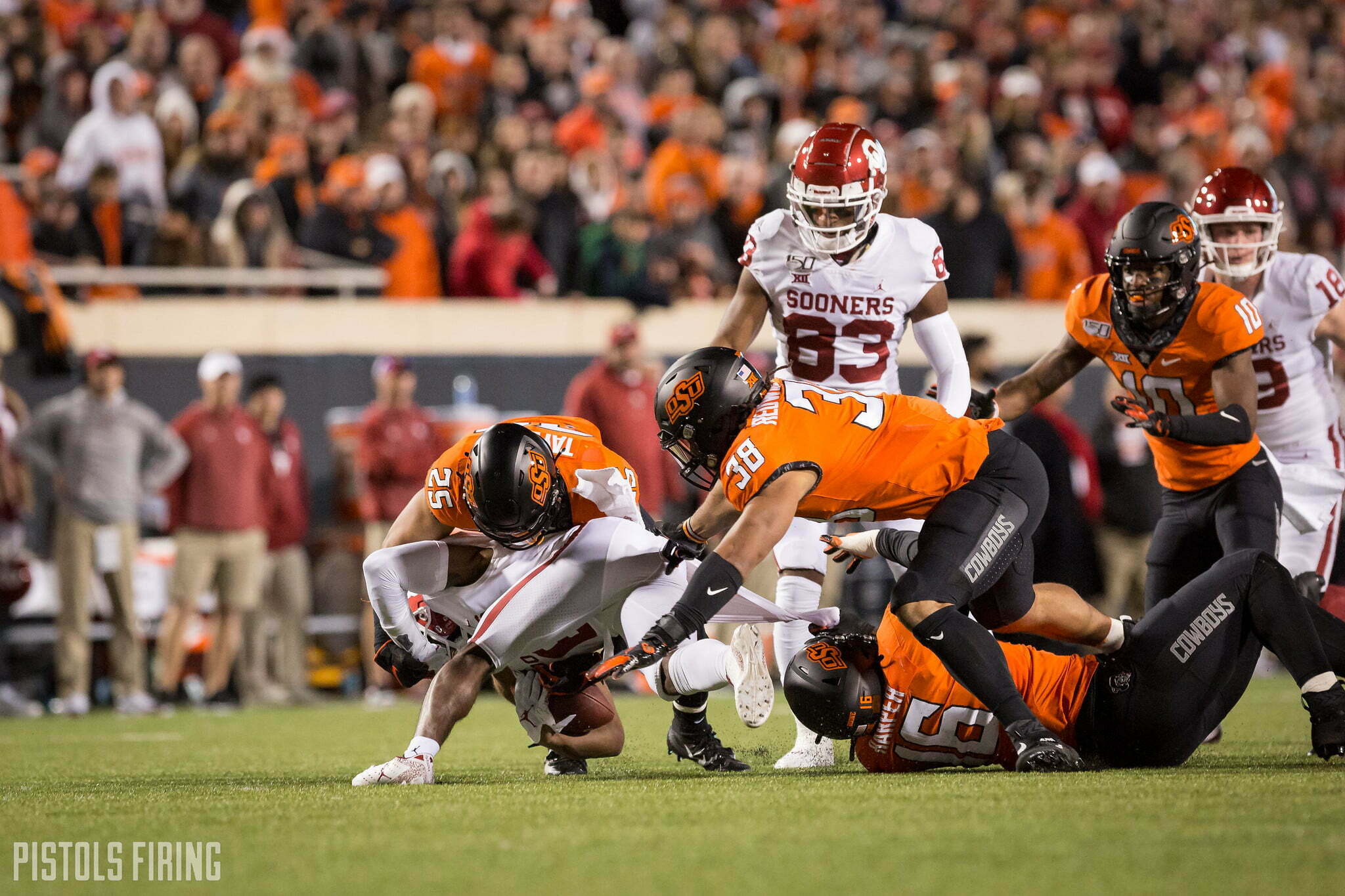 The NCAA and Big 12 disagree about how football could be played this fall. First, let’s look at what Mark Emmert, president of the NCAA said recently.

As for the appropriate academic environment for sports to begin, Emmert said: “College athletes are college students, and you can’t have college sports if you don’t have college (campuses) open and having students on them. You don’t want to ever put student-athletes at greater risk than the rest of the student body.” [NewsOK]

That’s basically the opposite of what Big 12 commissioner Bob Bowlsby (and also Mike Gundy) said. Gundy made his statement back in April, but Bowlsby said this more recently.

“Going to class in an online session is satisfactory,” Big 12 commissioner Bob Bowlsby told the news outlet. “There’s room for that to happen. School has to be in session, student-athletes have to be going to class.” [NewsOK]

The online vs. in-person debate isn’t likely to matter because most campuses are seemingly going to be open by the time college football rolls around, but it does highlight a bigger-picture point I hope we don’t miss.

That is that different conferences are going to handle all of this differently. If the NCAA and the Big 12 have differing opinions then certainly the Big 12 and SEC or Big Ten and ACC have differing opinions, especially when you throw in the regional variance between all the conferences and how quickly (or not quickly) each state is opening back up.

That leads to this idea: conference-only schedules. It’s something that’s been floated by the Pac-12 and could theoretically be implemented in other conferences as well, though it may be difficult in a conference as spread geographically as the Big 12.

But whatever. If the middle of a pandemic isn’t the right time to hypothesize about what a Big 12-only slate might look like, then there will never be a right time. Let’s take a look at what this might look like for OSU.

First, you have to split the conference into divisions. Let’s do it like this.

Then, to even things out, you have to add a game to the schedule. I don’t believe anybody is against more football at this point so I can’t imagine this would be a huge issue. You would play everyone in your division twice (home and home!) and everybody in the other division once.

Not a ton of changes here — you could still keep most of your dates and locations, and you wouldn’t have pushback from OU and Texas because they would still get to play a meaningful game against each other. It wouldn’t be difficult to replace the non-conference games off the top with three Big 12s and then add another one onto the end of the year.

I’m way in on this. Not only do you get a bonus game in Stillwater, you get to play Bedlam twice (!) and get two auto-wins against Kansas. Maybe this is something the Big 12 should go to regardless of whether there’s a pandemic going on (especially if teams aren’t going to play meaningful non-conference games).

The bad part about this is that you reduce OSU’s shot at making the Big 12 title game (which could be bumped to Dec. 12) by putting Bedlam in the same division and creating more conference games for everyone (remember: elite talent thrives when there are more games, not fewer).

Still, this could be a fun (if improbable) solution for the Big 12 if other conferences want to do their own thing come August and September. Plus, you’d get to put that game in Ames as far away from November as humanly possible!