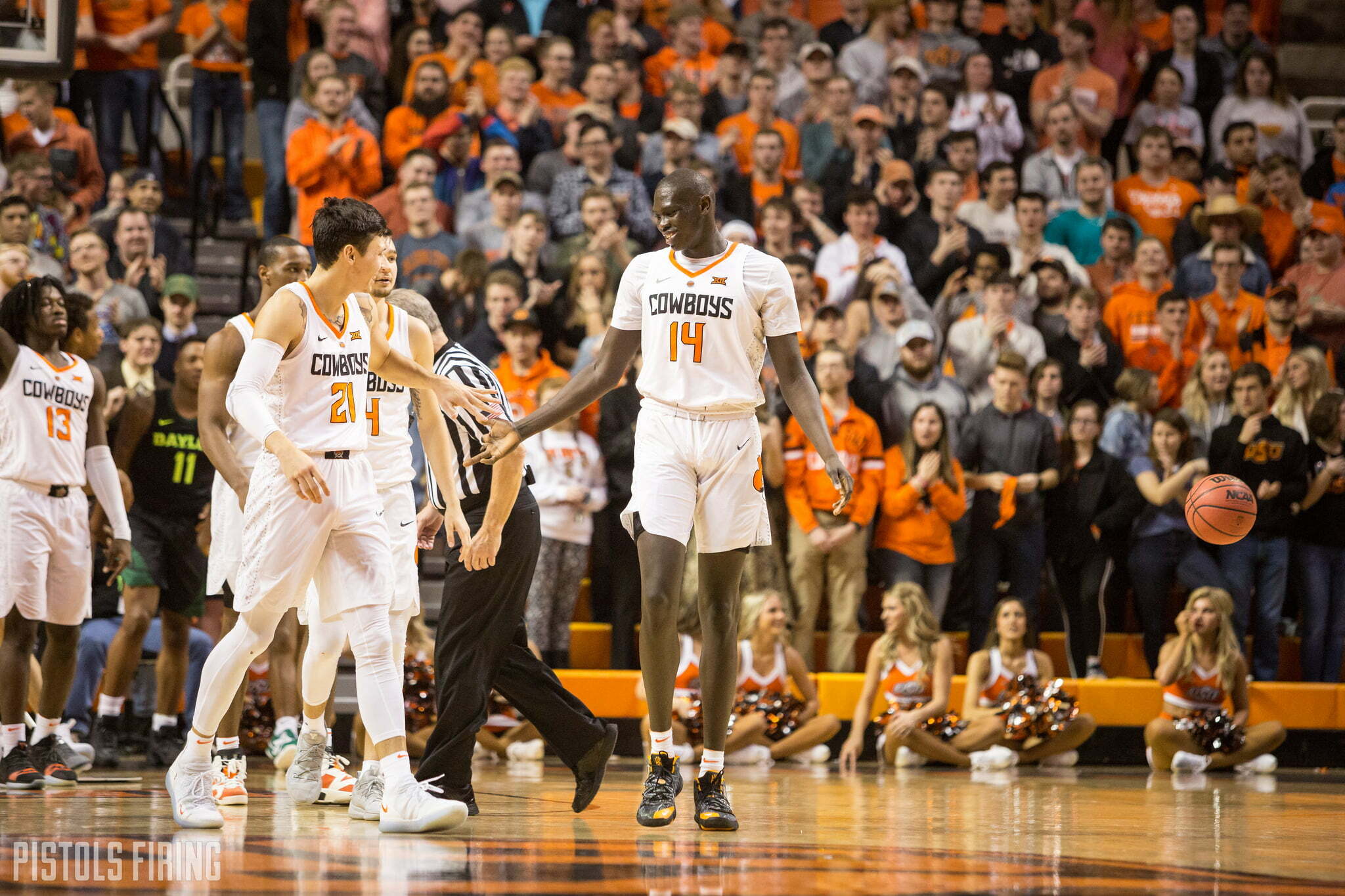 If we weren’t positive that 2018-19 was a rebuilding year, last week’s removal of Michael Weathers, Maurice Calloo and Kentrevious Jones from Oklahoma State’s basketball confirmed it. Now the biggest goal of the rest of this season is preparing the pieces of next season for what will hopefully be a step forward.

So what might that step forward look like? I’m glad you asked. Let’s take a look. Note: I listed all players who could occupy specific positions and didn’t limit guys to just one position (i.e. Lindy Waters will probably play the 1, 2 and 3 at some point like he’s doing right now).

Next year’s rotation will likely be a mix and match of Likekele, who will be in Year 2 with Anderson, who is a top-15 player in the state of Texas in his class and a top-20 combo guard in the country. He’s more slender than Likekele (who is a tank), and I’m unsure about his ability to handle the ball at the Big 12 level (especially as a freshman), which is why Waters is there as a safety valve.

But Anderson is pretty clearly an upgrade from, well, the blank space they have there right now. This is also a place where Boynton could (and probably will) add some experience via grad transfer or JUCO.

Shooting guard certainly looks like it will be much deeper than point guard as it stands right now and probably the deepest position on the team. This is a pretty versatile group, too, as Waters can play multiple positions, and at 6’6” I would imagine Watson can, too. It’s easy to envision a Likekele-Watson-Waters-McGriff-Anei (or Boone) small ball lineup that would be rife with talent.

Curtis Jones and Dizzy are legit pieces that can be supplements (rather than the main feature) next season. Real depth! This is what it looks like! As an aside: Watson is the one I’m the most curious about next season. I think he has a chance to be special.

I’m just gonna list Waters at every position. This position is interesting if only because I’m not sure they have a true three on the squad. If you play Cam there you’re going big. If you play Lindy there you’re going small. I’m curious to see if Watson and Lindy can play together in some combination at the two and the three with Ice or Anderson at point. That’s how you would get the most talent on the floor at the same time probably. I’m also interested to see how the other Boone brother fares (maybe he can be Justice to Kalib’s Dax … you know if OSU had actually landed Dax).

Cam’s natural spot, although I’m not sure how OSU will mix and match its big guys. Regardless, there’s a lot of talent here, even if I’d like to see more depth overall at the four and the five. If you’re circling positions to recruit to — either out of high school or with grad transfers — power forward, center and point guard could probably all use another body.

I guess you could slot the Crime Dog here, and maybe you would want to depending on the matchup. Anei’s progression this season has been a nice unintended benefit of a sinking season, and I think he can be a starter on a good (but maybe not great) Big 12 team. There’s obviously a lot of unknown with the greater Boone bro and probably too many expectations from us, but when you’re the No. 1 player in the state of Oklahoma, I think it’s fair to expect early returns on what should be a strong college career. Personally I’d prefer to have some bigger bodies at the five (Boone is just 190 pounds (!) and I think at least until he fills out, Anei is probably the choice here.

I’ve long been excited about next season, although I confess I was at least a little more excited to think about how Weathers and Calloo could slot in here. Weathers was such a good creator off the dribble and Calloo seemed to be coming along as a two-way guy that it would have been fun to think about the depth OSU could have had with them. They’ll be replaced with two newbies, no doubt, which fascinates me given both the timing and Boynton’s ability to land fish. Whether those are out-of-high school fish or ones from the JUCO ranks remains to be seen, but regardless OSU badly needs to get a lot better in 2019-20 with Lindy Waters and Cam McGriff playing their senior seasons, and they should have most of the pieces in place to do so.