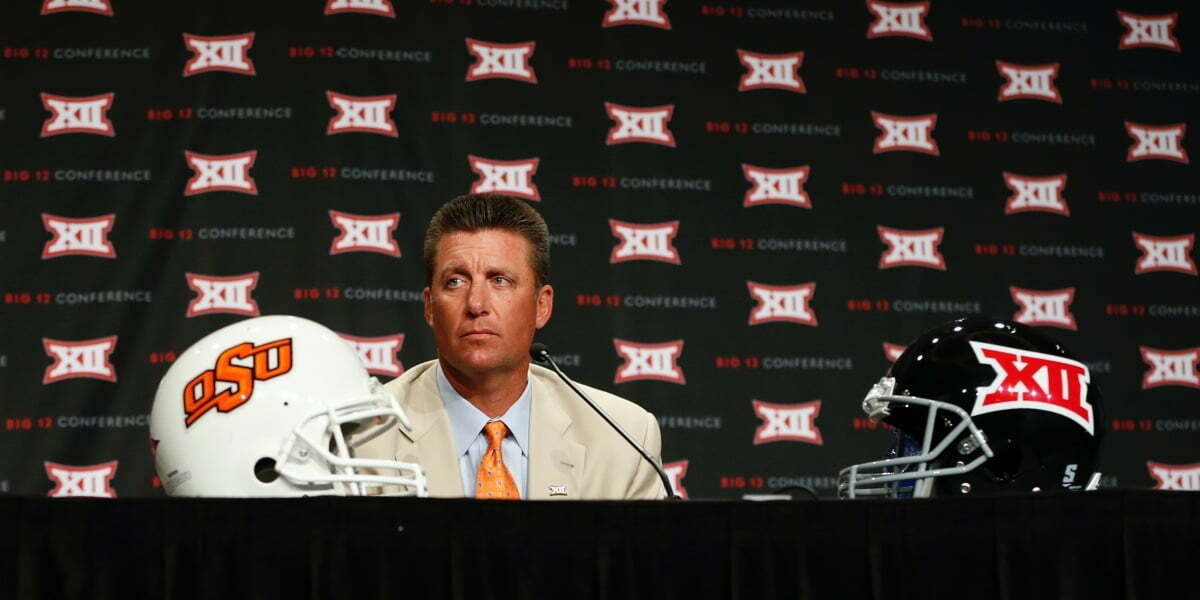 I looked at the first five coaches in the Big 12 on Wednesday in Part I (which you can read here) and now it’s time to look at the next five. Here are Big 12 coaches saying things at Big 12 media days and my translation of what they said.

What he said: “The stadium speaks for itself. It’s going to be as unique stadium as there is in the United States of America. What it has done in my mind is that those 44 to 60 million people that drive down I-35 every day, some eight-year-old girl or boy is going to be sitting in the back seat buckled up hopefully and look out the window to the right or the left, depending on which way they’re going, they’re going to say, Momma or Grandmother, man, look at that place. That place is beautiful. Where is that? And she’s going to say, Baylor.

And then so for the rest of their lives they’re going to associate Baylor with excellence.”

What he said: “Did my job get tougher? Yes, no doubt about it. Even though this being my third time, a lot more comfortable coming into this setting. You understand who you have to play.  You know the stints, you know the players. There’s not going to be any surprises as far as you get ‑‑ everyone’s going to have good players.”

What he meant: “My gosh you guys score a lot of points.”

What he said: “It’s going to be a big challenge for our team, but they’re very excited. One advantage to an opener against a very good football team, much less the national champion and returning Heisman Trophy winner, is motivation is there. T

hey’ve worked hard this summer. I can’t imagine we’ll have any issues motivating them in practice in the month of August when it gets really hot and they get fatigued they’ll be able to push through it.”

I’d like to think I’m a good person for him to use as a resource.”

What he meant: “I finally realized we don’t have a decided schematic advantage.”

What he said: Moderator: Next up this morning, Coach Kliff Kingsbury from Texas Tech University. Coach, welcome, and your thoughts about the upcoming season. Kingsbury: Let’s just get to questions.

What he meant: “I am taking literally the entire Dallas Mavericks dance team to dinner tonight and I don’t have time for any of this.”