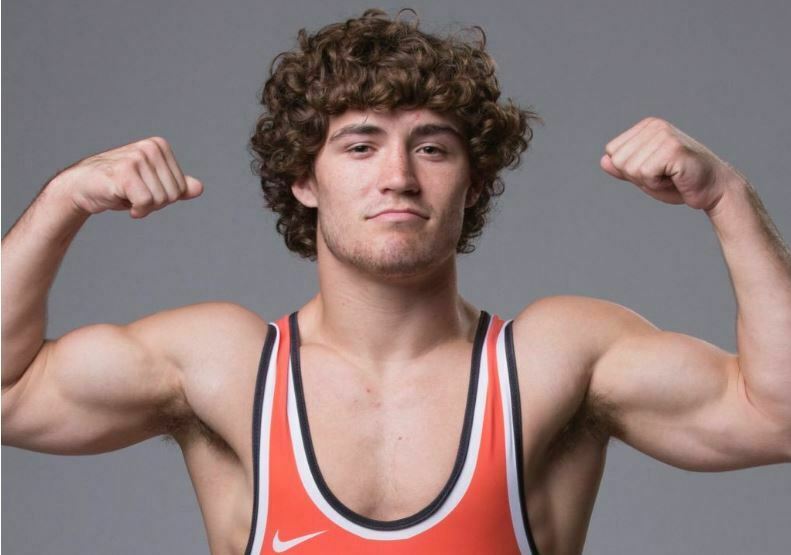 Daton Fix was already nearly a household name among Oklahoma State wrestling fans, before he even wrestled an official match as a Cowboy. He has won multiple age level world medals, a Junior World title, and nearly made the senior world team this summer.

Now that he’s officially suited up and wrestled a few matches I thought I’d take a look at what we’ve seen so far and what we can take away from it.

He blew through the OCU open wrestling unattached. Then the anticipation was that he’d be making his official debut vs. defending NCAA champion Seth Gross when OSU dualed South Dakota State in the first match of the year. But Gross was injured and Daton made quick work of backup Spencer Huber with a second period tech fall.

The next day he took on former NCAA finalist Ethan Lizak and picked up a 6-1 win.

Sunday he knocked off another All-American Montorie Bridges 3-0.

The No. 1 question with Daton going into this season was his mat wrestling? He had a reputation for being off the charts on his feet. We’d seen enough in freestyle to confirm.

His mat wrestling ability was a big question mark. Not that anyone had any reason to doubt it, we just hadn’t seen it yet. In his redshirt year he only wrestled five matches. In the biggest one vs. Sean Fausz, in the finals at Reno last year, he took neutral and won the match on a late takedown.

He’s now proven he has both a strong top and bottom game.

Ethan Lizak is arguably the best top wrestler in the entire country, regardless of weight. Fix did this with him: Flo breaks it all down here, but Daton manages to stay within inches of getting turned and not getting this reverse, but incredibly pulls it off. The “incredible” thing is, it’s not him just getting lucky to stay within those inches of giving up the turn. He’s legitimately that good to know where he has to sit his hips to avoid the turn, and strong enough that he can hold the position until he scores the reversal.

Go behind the dirt of how Daton Fix reversed Ethan Lizak. pic.twitter.com/NCg5Igxb3r

Then in his match with Montorie Bridges he puts together a really strong ride-out in the second period. Shutting down Bridges and picking up a good win over an All-American, proving he can ride good wrestlers when he needs to.

How He Stacks Up

It’s still tough to know at this point, transitive property does not usually apply in wrestling, so it can be hard to make projections based on a small sample size of matches.

133 is a tough weight. You hate to see any injury, but the top guy at this weight class, Seth Gross, is hurt. I don’t know the whole story there, but you have to think Daton’s chances of eclipsing him go up a bit with him hurt, and Fix simply may be better regardless of Gross’ health.

The next two guys in the pecking order at that weight are Stevan Micic and Nick Suriano. It’s been years since they wrestled, but Fix has previously beat both of them and they’ve beaten him. I’ll say this. The guys Fix rolls around with in the room are much better than the guys they workout with. That means a lot for how a younger guy develops at this level and could be a difference maker at the end of the year.

The balance of his elite level abilities on his feet, mixed with discovering he’s also pretty solid on the mat makes him every bit of the real deal we expected him to be going into the season. He clearly could win an NCAA title this season as a freshman. But with the depth and talent at his weight class his margin for error is still razor thin when it comes to accomplishing that goal.