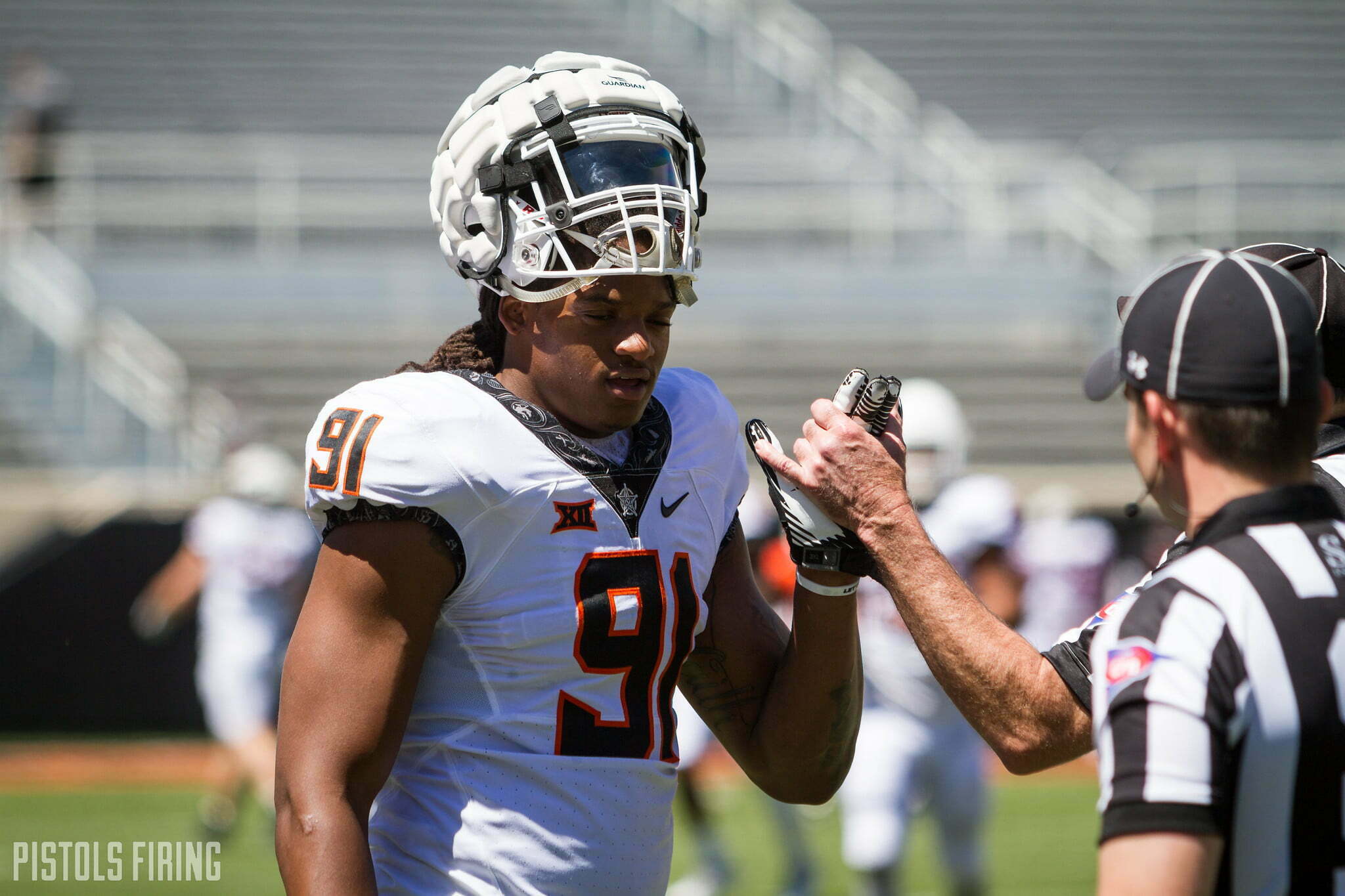 No group will look more different in 2019 than Oklahoma State’s defensive line.

All six starters from last year’s unit are gone. The group is young, but the spring showed there are plenty of viable options for defensive line coaches Joe Bob Clements and Greg Richmond. Here is what we learned about OSU’s defensive line this spring.

No one on the Cowboys rosters started a game on the defensive line for OSU in 2018.

The Pokes led the Big 12 in sacks last season, but the pass rushing this year will be on the backs of a new group. Of OSU’s 39 sacks in 2018, only 14 came from returning players, and only 5.5 of those are from returning D-linemen.

“They’re doing good,” OSU coach Mike Gundy said after the open practice. “They’re young. They’re immature. They don’t have any experience. That’ll be a work in progress. Every year, you have positions that you hope they cant get better each week.”

Mike Scott is the highest producing returner form last season on the D-line, but even he had only 10 tackles. Other key returns include redshirt sophomores Brock Martin and Brendon Evers and redshirt junior Cameron Murray. Those three each had seven total tackles last season.

Amadou Fofana and Samuela Tuihalamaka join that group. Those two redshirted last season but could be called upon to help produce this year. Trace Ford didn’t enroll early, but as a four-star prospect on a team that has question marks in his position, he too could factor in come August.

“Are they gonna be at a point where they played as effective as our guys did last year? No, they’re too young; they’re too immature,” Gundy said. “But, they should continue to get better, and hopefully they’ll play better earlier than what we think.”

A slew of transfers will help bolster the Cowboys’ lack of experience on the defensive front.

Israel Antwine stole many of the headlines through spring ball. An Oklahoma native who started 11 games as a freshman at Colorado last season, Antwine enrolled at OSU and participated in the spring practices. Antwine received a waiver to be immediately eligible.

The Cowboys will also bring in Bowling Green transfer Kyle Junior. Junior wracked up 48 total tackles last season, six of which were tackles for loss. As a grad transfer, he too will be immediately eligible.

There’s also Sione Asi, who transferred in from Snow College. He could factor in as a 325-pound defensive tackle. Asi is the heaviest defender on the Cowboys’ roster.

With what the Cowboys’ defensive line lacks in Big 12 experience, it somewhat makes up for in sheer numbers.

The Cowboys will have plenty of bodies to fit what looked like more of a three down lineman system at the open spring practice. In this piece alone, there are 10 players listed. It’s troubling that the group is inexperienced, but the group is promising and deep. OSU might not lead the league in sacks in 2019, but surely of that pool of talent a few guys will be able to step in and do an admirable job.

“I’m hoping the numbers we have will allow them to have enough stamina to play hard to make up for what a Darrion Daniels did or a Brailford, Cole Walterscheid,” Gundy said. “Those guys are good, solid players. Hopefully the numbers that we have here will allow us to get back into that sometime in September, late September, October.”