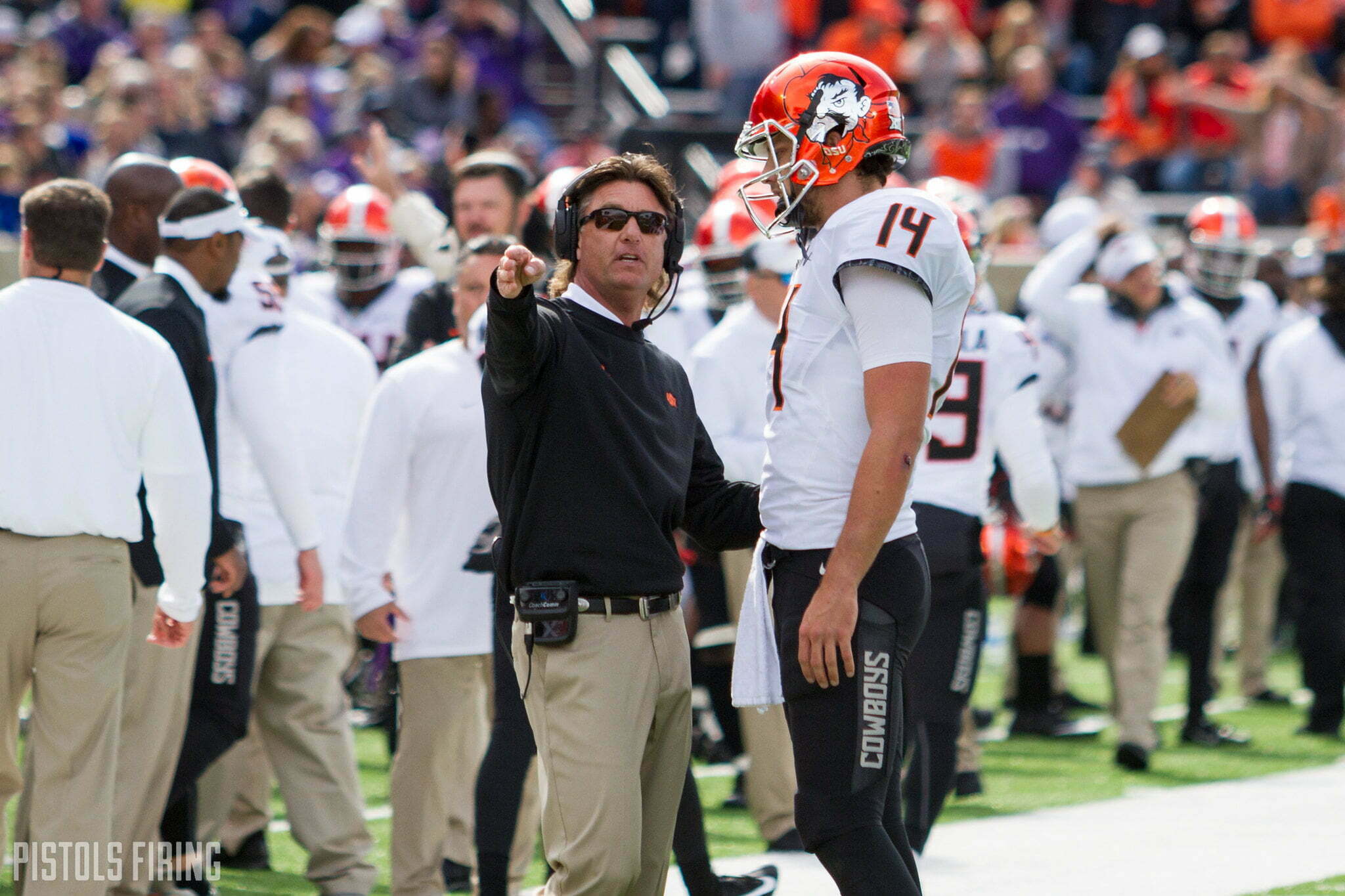 As with so many things these days, this bit of news from Brett McMurphy about the future of the College Football Playoff got a little buried last week because of, ahem, other things that were going on.

Regardless, it was an interesting nugget that will hopefully affect Oklahoma State for years to come. It’s a terribly open secret that the CFP will eventually expand to eight teams, and Brett McMurphy recently surveyed FBS athletic directors to confirm it.

Here are his findings.

A whopping 88 percent of Football Bowl Subdivision (FBS) athletic directors want an expanded College Football Playoff when the current playoff contract ends after the 2025 regular season, according to a survey conducted by Stadium.

Of those athletic directors who favor an expanded playoff, 72 percent believe eight teams should qualify. Also, 66 percent of the ADs said the highest-ranked non-Power Five team should receive an automatic bid to an expanded playoff. [Stadium]

This sounds a lot like … oh, oh yeah … the proposal Mike Gundy put on the table five years ago.

“I know they have a 12-year contract,” Gundy said in 2015 (!). “But they’re gonna change it and they’re gonna go to eight teams. The solution is let the conferences battle it out. If you win your conference, you’re in. That’s five teams. Then you have one wild card from the Memphis, the Houston this year, the non-Power Five … If Houston is the highest ranked team from the non-Power Five conference, they’re in. So that’s six. Then, let them argue over two wild cards. It could be whoever.”

“They’re going to have to make a change so people can quit saying that certain conferences are beating up on each other,” Gundy continued. “It allows a smaller school to be in and it’s just like in basketball in March Madness. Everybody loves to watch those games.”

Gundy also noted all those years ago that the first round of these games should be played at the higher seed’s home field which is a “put that right into my bloodstream” idea that McMurphy’s survey-takers were split 50-50 on.

Eight is the number, although it’s not as conducive to future arguing and hollering (which is half the fun of college football). Sixteen is way too many, and four is not enough, especially when you consider the reality that North Texas goes into fall camp knowing there is no way for its team to win a national championship.

Even if you’re Oklahoma State (or Iowa State, presuming they ever win more than nine games), you go into a season knowing you have to be perfect because you will never get the benefit of the doubt like a Georgia or an Ohio State will. This methodology erases all of that. Win your conference, and you’re in.

The way it should be. The way it will be. The way Gundy has been politicking for it to be for the last half-decade. It means OSU likely would have only played in one playoff during his tenure (2010 and 2015 would have been iffy), but hopefully it means they’ll play in plenty more in the years to come (and boy would that 2011 one have been sick — see below).

The bolded teams here were 2011 conference champs, and the games would have been played at Death Valley, Autzen, Stillwater and Tuscaloosa respectively. I loosely ranked them based on their Week 15 AP ranking in 2011 and tried to defer to conference champions when possible.

Can you even imagine? All of the ???. All of the viewers. Eight is the number. And when it comes to college football, I think it always will be.