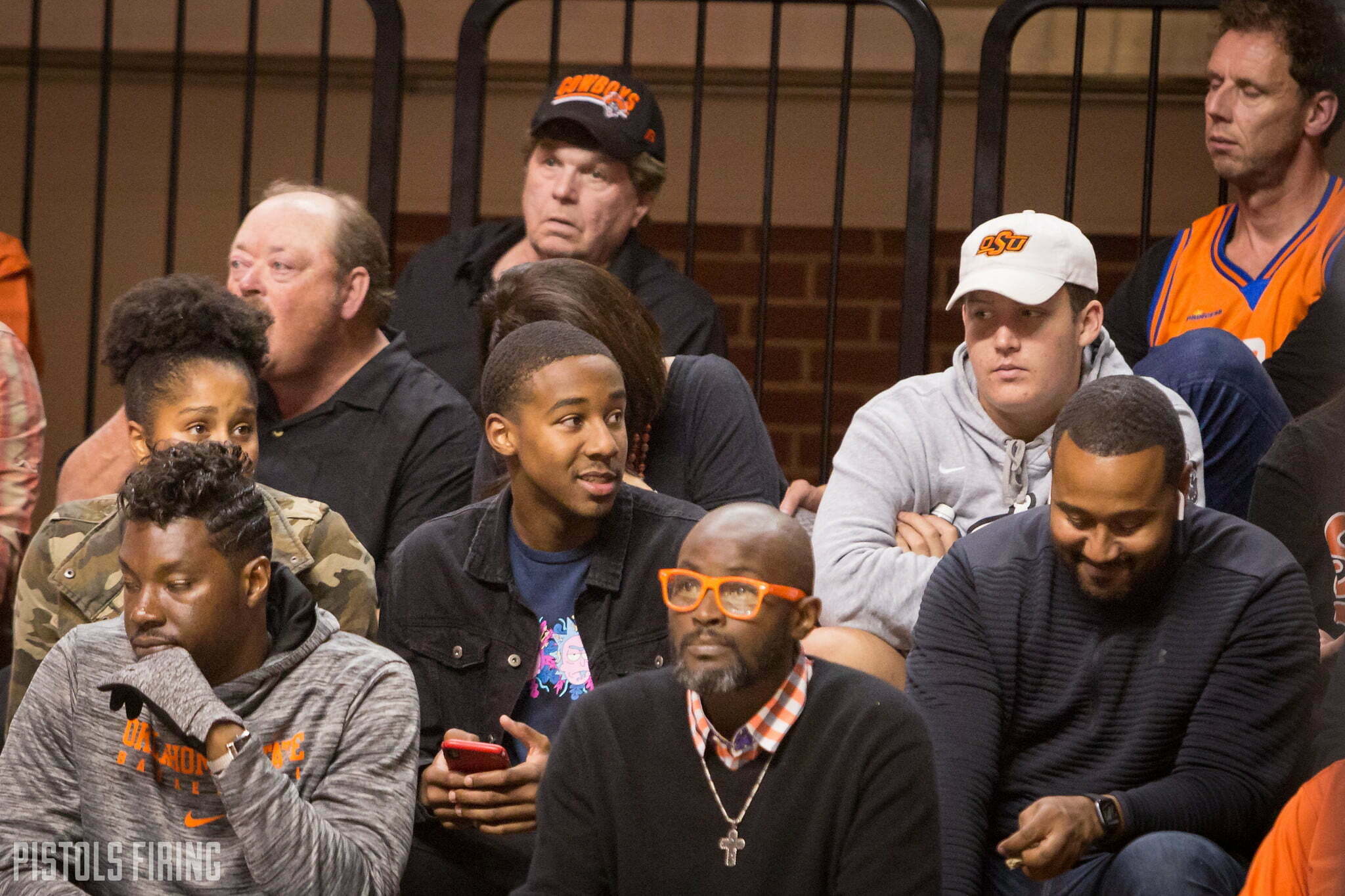 The state of Oklahoma has produced a good amount of talented basketball players throughout the years, and one of the latest is on his way to Oklahoma State.

Bryce Thompson committed to OSU on Thursday, and when he puts on that new jersey, Thompson will be the highest-ranked player from Oklahoma to lace them up for the Cowboys.

Thompson was a five-star recruit in the 2020 class. He spent his freshman season at Kansas. Since 247Sports started tracking basketball recruiting in 2003, Thompson is the highest-rated Tulsa-area kid.

Thompson’s score puts him Top 5 among Oklahomans, ahead of guys like Trae Young and Obi Muonelo. That Top 5 has some fun throwback names in Xavier Henry, Daniel Orton, Blake Griffin and J.R. Giddens.

Those four guys all had differing levels of success at the college and pro levels, but all played in the NBA and all were first round draft picks.

Orton committed to Kentucky out of Bishop McGuinness. He spent just one season in Lexington, where he averaged 3.4 points, 3.3 rebounds and 1.4 blocks a contest. The Orlando Magic took him in the first round of the 2010 NBA Draft. He played in 51 games during three NBA seasons, averaging 2.8 points and 2.5 rebounds a game.

The most decorated person on that list, Griffin two seasons at OU. He won many national player of the year awards for his sophomore, where he averaged 22.7 points and 14.4 rebound a game. The Los Angeles Clippers took him with the No. 1 pick in the 2009 NBA Draft. He is a six-time NBA All-Star and now plays alongside Kevin Durant, James Harden and Kyrie Erving on the Brooklyn Nets.

Lastly, Giddens spent two seasons at Kansas out of John Marshall before transferring to New Mexico for his final two years of eligibility. He averaged 13.3 points, 5.7 rebounds and 1.9 assists a game throughout his college career before the Boston Celtics took him in the first round in 2008. He played in 38 NBA games, where he averaged 1.9 points and 1.4 rebound a contest.

Young is the only other first round selection on that list, going fifth overall in the 2018 draft out of OU. He was an All-Star in 2020.

Those are lofty expectations for Thompson to meet after injuries derailed his freshman season at KU, but it shows the pedigree he brings to Stillwater.

OSU hasn’t had an NBA Draft pick since Jawun Evans in 2017, but that will change in July when Cade Cunningham gets taken, likely first overall. More could go in 2022, as NBADraft.net has Avery Anderson, Kalib Boone and Thompson all in its 2022 mock draft.

Bryant Reeves was the last player from Oklahoma that OSU has had drafted, but with Boone and now Thompson, things are changing in Stillwater.