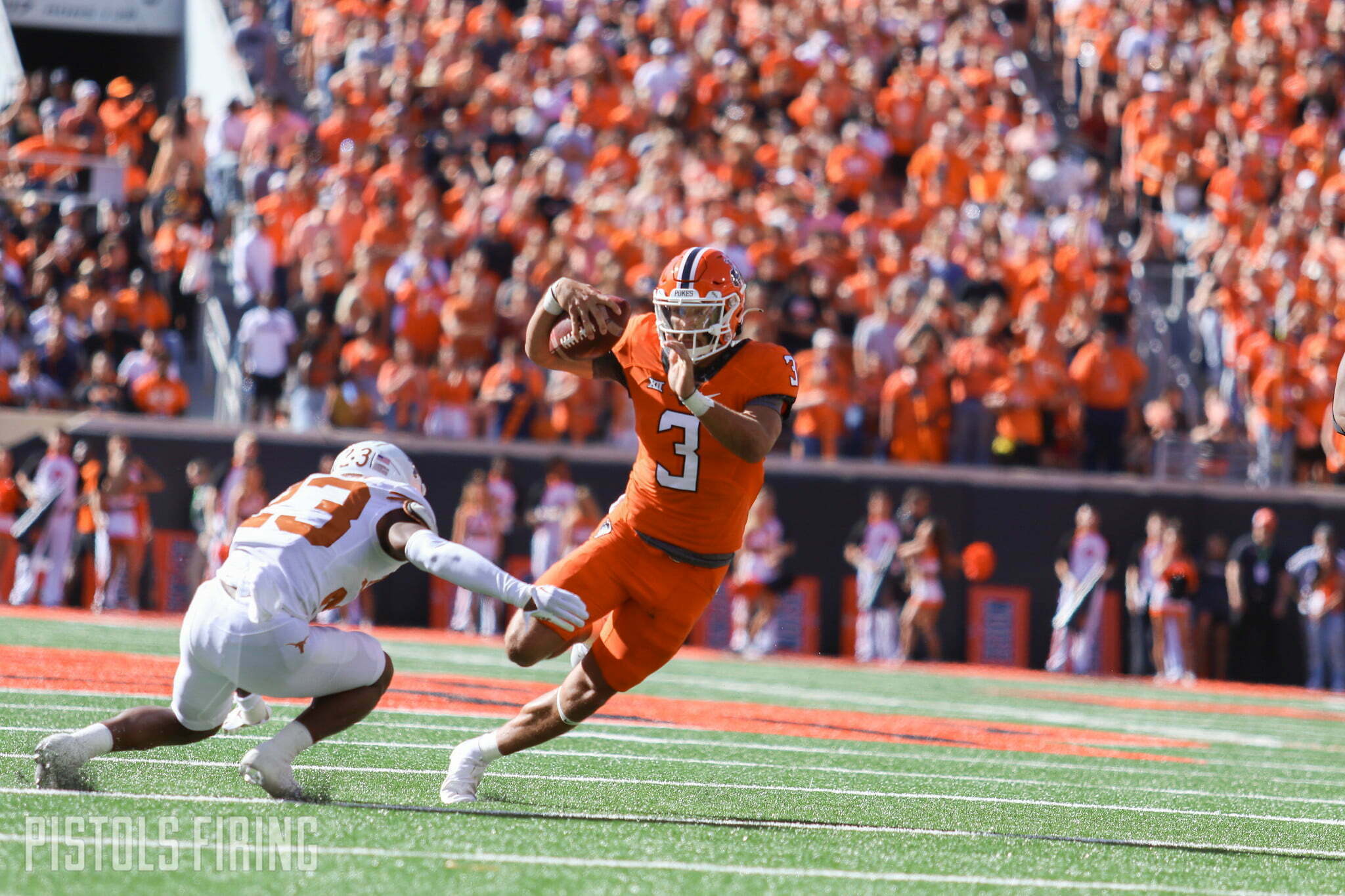 The Spencer Sanders era of Cowboy football is over.

Sanders committed to Ole Miss last week after spending the past four seasons as Oklahoma State’s QB1. He heads to the Rebels as one of the most decorated quarterbacks in OSU’s history, finishing second in career wins behind only Mason Rudolph. Sanders had 30 as OSU’s starter to Rudolph’s 32.

But where does Sanders rank in the pantheon of Cowboy QBs? Let’s take a took.

Sanders’ 2,642 yards in 2022 boosted him from No. 5 to No. 2 on OSU’s career list — again behind only Mason Rudolph. His ascent this season saw him surpass Zac Robinson, Mike Gundy and Brandon Weeden, a who’s who list of OSU QBs.

Sanders jumped from No. 6 to No. 3 in this stat, passing Josh Fields, Gundy and Robinson to finish behind Rudolph and Weeden. Sanders had 17 passing touchdowns in 2022 the second-most he had in a season behind his 2021 season where he threw 20.

After completing 212 passes in 2022, Sanders is again behind only Rudolph and Weeden on OSU’s career list. Sanders came into 2022 ranked fifth in the state before again passing Robinson and Gundy.

Sanders actually went down a touch on this listed after completing 57.6% of his passes in 2022, a career low. Sanders started the year ranked fourth with a 62.4 completion percentage before trading spots with Robinson.

Not the ideal list to be on top of, but when you throw 1,254 passes (second-most in OSU history) in your career, some are bound to get caught by the other team. Sanders threw nine picks in 2022 (the second-fewest he has thrown in a season) to move him from a tie in fourth to the top of the list.

Here is where Sanders really shines with his dynamic running ability. Sanders ran for 1,956 yards in his OSU career. Pair that with his passing yards, and he is second on OSU’s list for yards of total offense. Sanders entered the year in fourth before putting up 3,033 more yards in 2022.

Sanders’ 18 career rushing touchdowns paired with his 67 passing touchdowns move him up to No. 3 on OSU’s touchdowns responsible for list. He was at No. 4 entering this past season before passing Weeden.