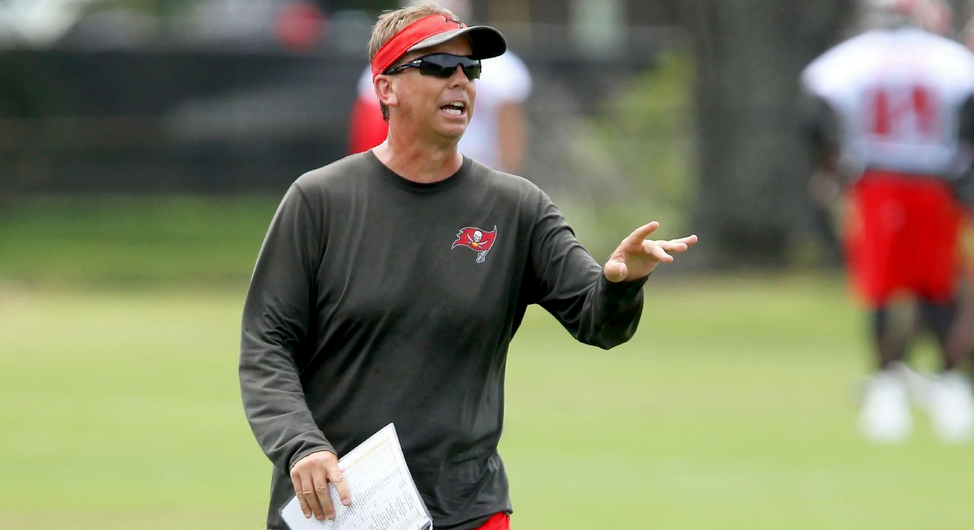 Mike Yurcich is on the outs. As Jordan Strack, a Sports Director from Toledo, reported on New Years Eve — which was backed by PFB and ESPN reports on Tuesday — Yurcich is expected to leave Oklahoma State for a spot on Ryan Day’s coaching staff at Ohio State.

Should that come to fruition, barring any unforeseen circumstances on the negotiation side between he and Ohio State, it leaves Mike Gundy in a familiar spot: Searching for a replacement at one of his coordinator positions.

So who might he turn the keys over to on offense? Last season, after Glenn Spencer’s ouster, Gundy turned to Duke DC Jim Knowles to run a new style and new system. But on offense, things aren’t likely changing. The offense, even under a fifth-year former walk-on QB, hummed at a good level most of the season. Therefore, finding an OC with experience running a similar system as OSU’s will be key.

Here’s who to keep an eye on in the search. There are always possibilities that unheard of names will arise — Gundy hired Yurcich from Shippensburg State via a google search, by golly! — but as of right now I’d be surprised if OSU’s next OC doesn’t come from this list.

As a player: Harrell has Air Raid ties, coming from Texas Tech where he quarterbacked in the mid-aughts. Following his Texas Tech career, he went on to play for the Saskatchewan Roughriders, the Green Bay Packers and the New York Jets.

As a coach: Harrell coached at Oklahoma State as a quality control assistant, Washington State as a receivers coach, and most recently North Texas, where he currently coaches quarterbacks and coordinates the offense. UNT had a top-25 offense last season. He’s young — just 33 — but a rising star in the coaching ranks.

As a player: Henson was a four-year letterman at Oklahoma State on the offensive line from 1994-1997.

As a coach: Henson should be considered on this merit alone: He is a two-time award-winner as a top-25 national recruiter. He currently serves as the OSU offensive line coach, where he has been since 2017. He also has prior experience coordinating an offense at Mizzou under Gary Pinkel, and was a tight ends coach back in the day at OSU under Les Miles and again at LSU under Miles.

People around Oklahoma State love Henson a bunch, and I’ve heard his name mentioned as a potential coach down the road to one day succeed Gundy. He’s young, energetic and a voracious recruiter.

As a player: Monken attended Knox College and was a three-year letter-winner at QB.

As a coach: Monken’s in limbo right now. Following Dirk Koetter’s firing from the Tampa Bay Buccaneers recently, Monken has no job but has a ton of different directions he could go. His best-case scenario is a high ceiling — being hired as an NFL head coach — but his worst-case is probably pretty low, too. There’s a lot of variance.

No one knows exactly where he’ll land. But if he comes back to college, as one source told me, Oklahoma State would be the only destination he’d consider. Monken coached at OSU from 2002-2004 as a passing game coordinator and receivers coach, and returned in 2011-2012 as the offensive coordinator and QB coach. Hiring him would be a super-splash. He was Tampa Bay’s OC since 2016.

As a coach: Arroyo’s been around the block, including OSU — so this name should absolutely ring a bell. Arroyo coached OSU’s running backs from 2015-2016, and did yeoman’s work: He’s credited with recruiting Chuba Hubbard, and always recruited above OSU’s weight class. Since leaving OSU’s he’s been at Oregon where he currently serves as its co-offensive coordinator, and he’s recruited at an elite level there as well. He reportedly made $750,000 this season, so OSU would have to pony up some cash to get him. Barring something crazy — like Mario Cristobal taking a job elsewhere — I don’t expect Arroyo goes anywhere.

As a coach: Stitt’s Wikipedia page tells me his full name is “Robert Allen Stitt.” I don’t have anything to add to that.

After playing at Doane, he returned there for his first coaching gig: cornerbacks coach in 1987. He then made stops at Nebraska Wesleyan, Northern Colorado, back at Doane, Austin and Harvard before his big break: Head coach at the Colorado School of Mines. He was there from 2000-2014. Stitt is currently Texas State’s offensive coordinator after taking the job last month and leaving OSU, where he was an analyst on Gundy’s staff for one season. Stitt is considered a brilliant offensive mind and the proprietor of the fly sweep. OSU would be a significant upgrade from Texas State if he’s able to get out of his recently-signed agreement.

As a player: Yost doesn’t have any notable playing background. He graduated from Kent State majoring in early childhood education in 1992.

As a coach: Yost was reportedly offered OSU’s offensive coordinator job long ago. But he didn’t take it. He’s most recently served as Utah State’s offensive coordinator under Matt Wells, and came with Wells when he took the Texas Tech gig. Seems unlikely he’s leaving the job/upgrade he just took, but he’s worth a call to kick the tires. Has more than two decades worth of experience in coaching and, like Stitt, is an offensive guru whose sole focus for much of that time has been coordinating offenses. He’s served under Mike Leach back in the day, and most notably under Gary Pinkel for more than a decade.

An internal candidate to keep an eye on, as noted, is Josh Henson, who has recruited at a great level and restored talent to OSU’s offensive line. But Kasey Dunn, OSU’s receivers coach who can’t quit churning out All-Big 12 performers, is another. As far as externally, Eastern Washington’s Bodie Reeder, a young coach who was on OSU’s offensive staff under Yurcich, could be another to ?. It’s probably too early to tell at this stage who will succeed Yurcich, mostly because Yurcich to tOSU isn’t even official. But when the time comes, Gundy won’t lack for options, and if the next OC comes from this list, I don’t think he can go wrong.