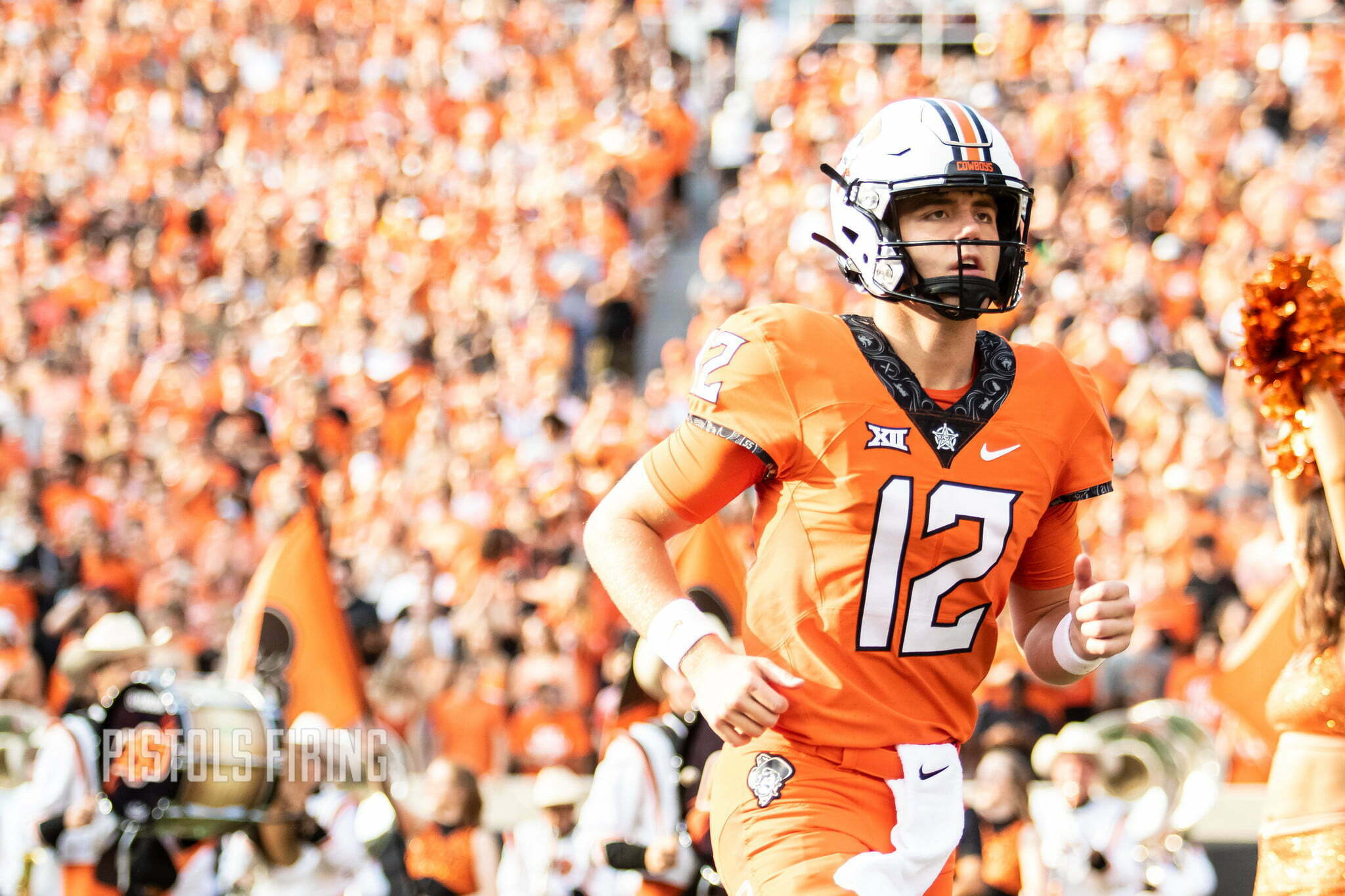 STILLWATER — When the first Oklahoma State two-deep of the year dropped Thursday, Gunnar Gundy and Garret Rangel shared an “OR” as Spencer Sanders’ backup, but at his media luncheon, Mike Gundy set the record straight.

When asked who would go in if Sanders’ helmet came off in the first drive, forcing him to spend at least a play on the sideline, Mike Gundy responded:

This was the talk of Twitter after Gundy’s nearly 45-minute news conference, but it probably shouldn’t have been. It’s news because it’s involves two big sticking points — quarterback and the coach’s son. But, Gunnar has long seemed to be the guy who will back up Sanders this year because he has something Mike Gundy values highly: experience.

It’d be easy to look at the coaches son, who didn’t have a ton of offers, getting the gig over a four-star freshman and scream nepotism, but that just doesn’t seem to be the case given Mike Gundy’s history.

You don’t have to look back too far to see examples (which don’t involved Gundy’s children) to see that Gundy cherishes experience, especially at quarterback. In 2020, Ethan Bullock came in before Shane Illingworth. In 2014, Daxx Garman came in before Mason Rudolph. In 2009, Alex Cate came in before Brandon Weeden.

That isn’t to say that Gunnar is comparable to Bullock, Garman and Cate. It’s to say that Mike Gundy — in scenarios where quarterbacks must get thrown into the fire — has often times gone with the elder of his options.

So, save your gripes about nepotism. That doesn’t seem to be the case here. This is the case of a redshirt freshman who has a year more of experience getting the nod over a true freshman who just started his first fall semester of classes.