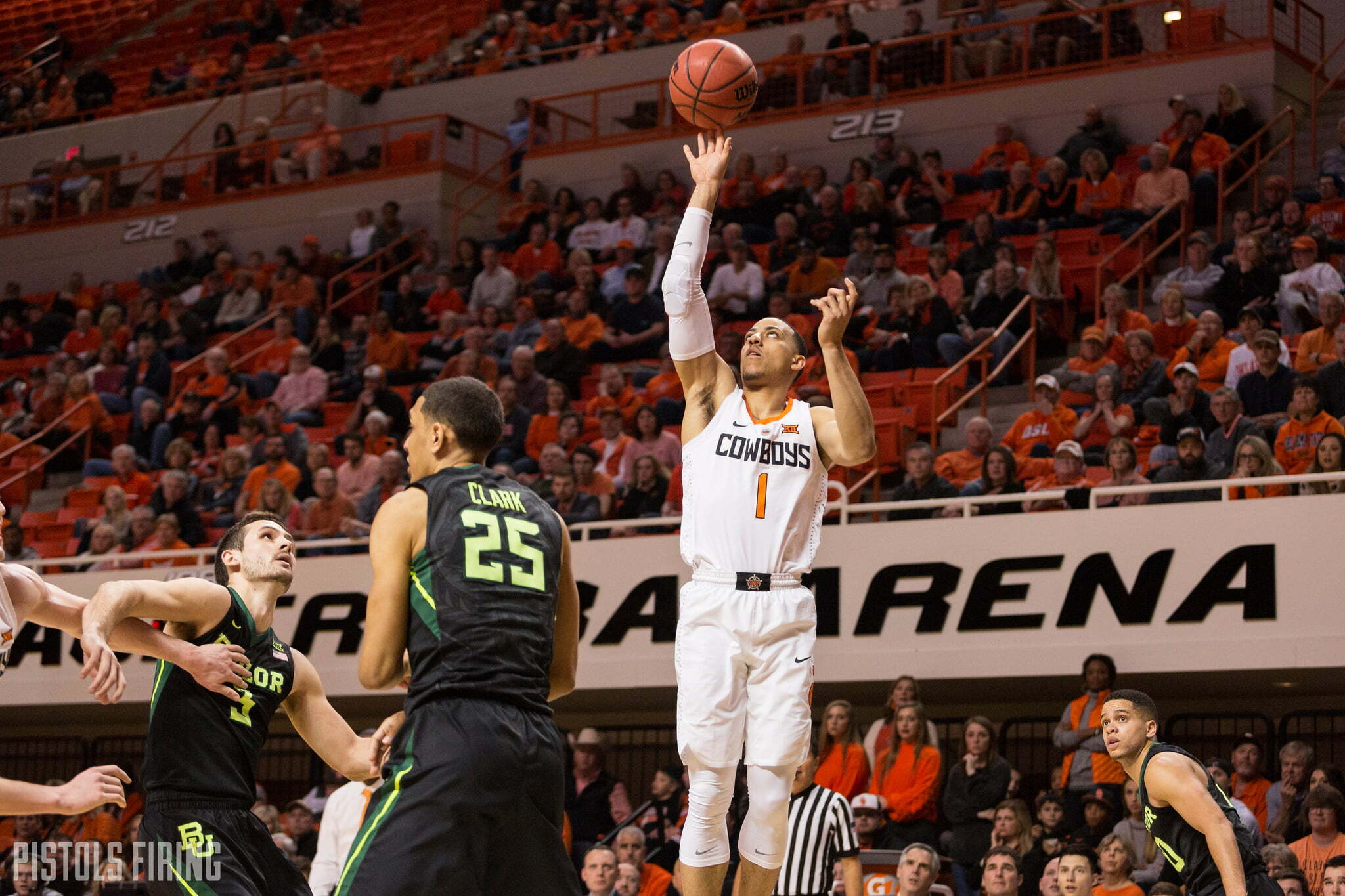 Can you believe that there was a time that the NIT was the more prestigious of the postseason tournaments?

It’s been around for awhile — try 1938 — and was the more sought after postseason tourney ticket in its early days, specifically because there was little media coverage of college basketball back then, and the games were played at Madison Square Garden in New York City.

The tournament has been around for 80 years now, and while OSU and the NIT don’t have what I would call a storied past, the Cowboys have participated a few times.

In fact, Oklahoma State was part of that inaugural tournament field in ’38. Back then, only six teams got in with two teams getting a first round bye. The then Oklahoma A&M Aggies got one of those byes. They lost their first game to Temple 56-55, but went on to beat NYU 37-24 in the third place game. Yes, that reads 37-24.

OSU would finish in third place again in 1940, in fourth place in 1944 (the tournament had expanded to eight teams at this point) and lose in the first round in 1956. 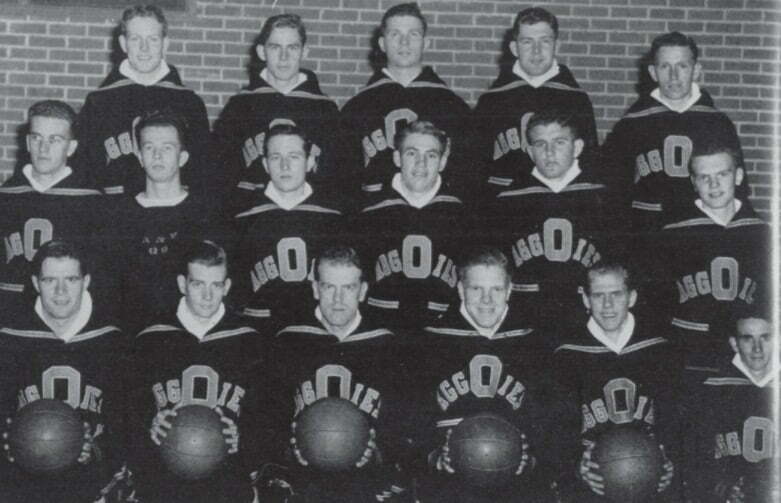 Jump forward a couple of decades, and it wasn’t until 1989 when OSU reappeared in the tournament. At this point, the NIT had the 32-team format we all know today.

Since 1989, OSU has made seven appearances in the NIT and has a record of 4-7. They’ve never made it past the second round during this time.

History aside, I actually think OSU has a solid chance to make a run to MSG this year. For one thing, the Suttons never seemed to put any stock into the NIT and thus never did anything in it. As for Travis Ford, he never was great on the road, which meant they were doomed if they weren’t a No. 1 seed.

This year, though, I think things might be different. Mike Boynton doesn’t seem like the type of coach to say, ‘oh well, better luck next year.’ He’ll have the team playing hard, and he’ll put a chip on all their shoulders. He’ll make them live up to his #Let’sWork motto for as long as he can. Plus, how much can Boynton sell to this team — the fact that he is a Brooklyn kid — the very idea of playing a game inside storied Madison Square Garden.

For the players, I don’t think Mitchell Solomon, Jeffrey Carroll, Kendall Smith, or Tavarius Shine (maybe?) want to lose the last game of their career on their home court. And with the way Solomon spoke about Coach Boynton, I think he’ll relish the chance to play as many games as he can.

As a 2 seed, the Cowboys are guaranteed to play their first two games at home if they win. They get Florida Gulf Coast in the opening round — a team that lost to ORU — and the winner of Stanford/BYU in the second round. And if they’re lucky, they can get a third home game if USC losses before the quarterfinals.

I know most people don’t care. I’m glad the school is doing everything they can to pack that arena. I realize it’s the NIT and not March Madness. I realize winning NIT is viewed as less impressive than a first round exit from the tourney.

But I don’t care.

I for one am not ready to see this season end. I for one want to see Carroll, Solomon, Smith, and Shine (maybe?) continue to play as long as possible. I want to hang a NIT Championship banner in the practice facility.

There’s no real reason to believe OSU will win the NIT. Yes they have the talent and have obviously beaten more talented teams than they’ll face, but the NIT can get a little weird. The last two teams to win were 6-seed TCU and 4-seed George Washington. Honestly, the NIT is rarely won by the most talented team, but more often by the team that is the most invested. 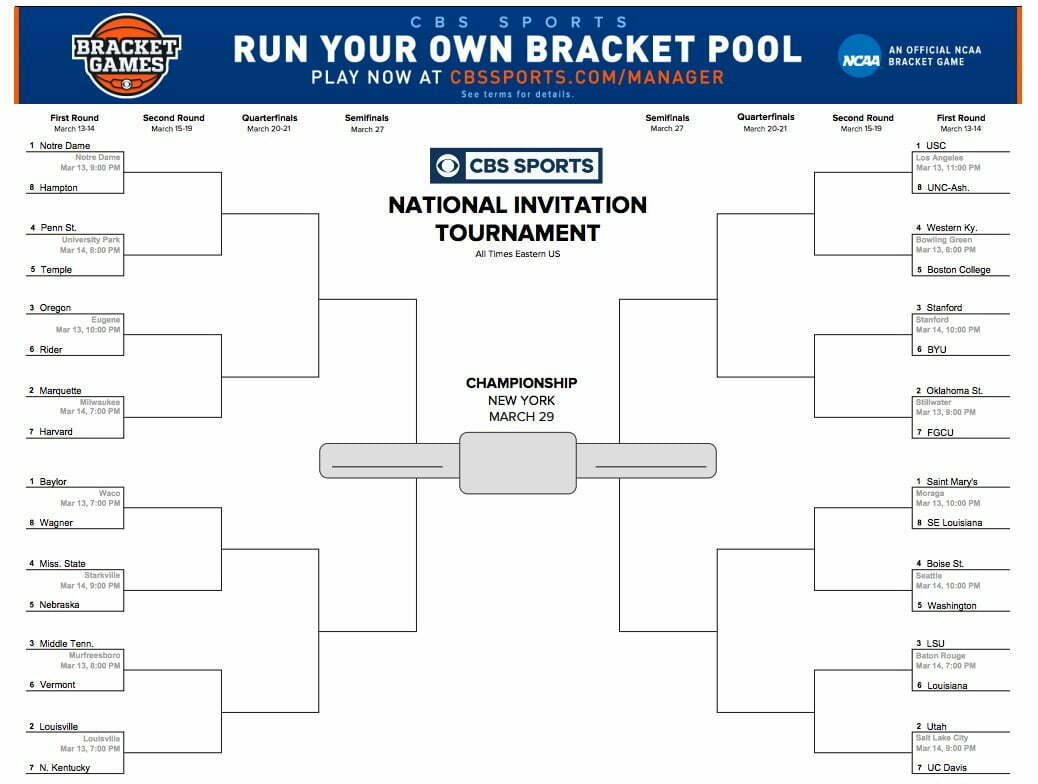 I think OSU can be that team this year.

I hope this Cowboy team makes a new history in the NIT, as the 2018 champs. It may not be the Big Dance, but it’s still something to hang your jerseys on.

So with that, I guess there’s only one thing left to do…. 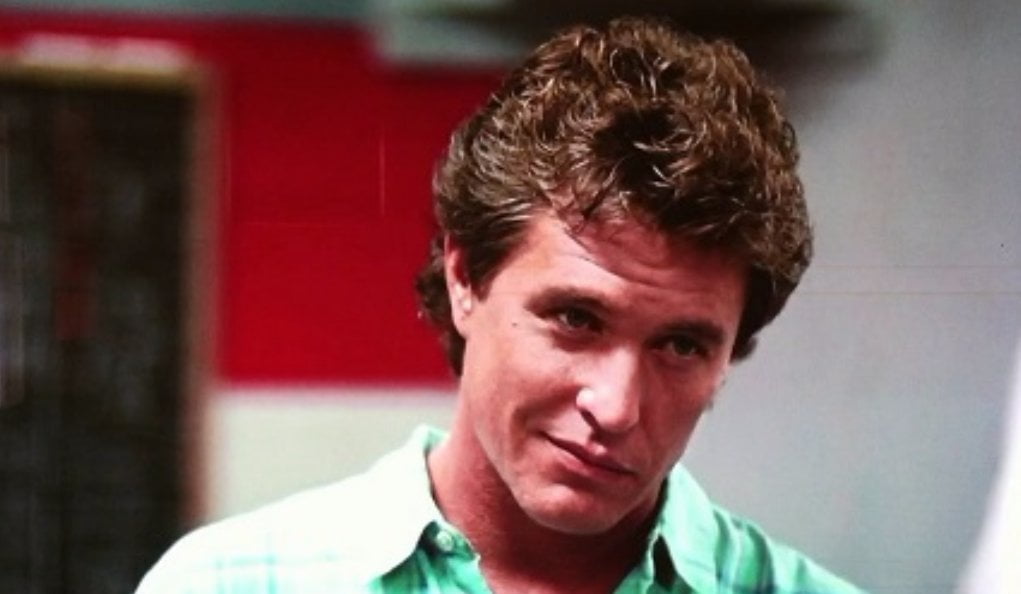