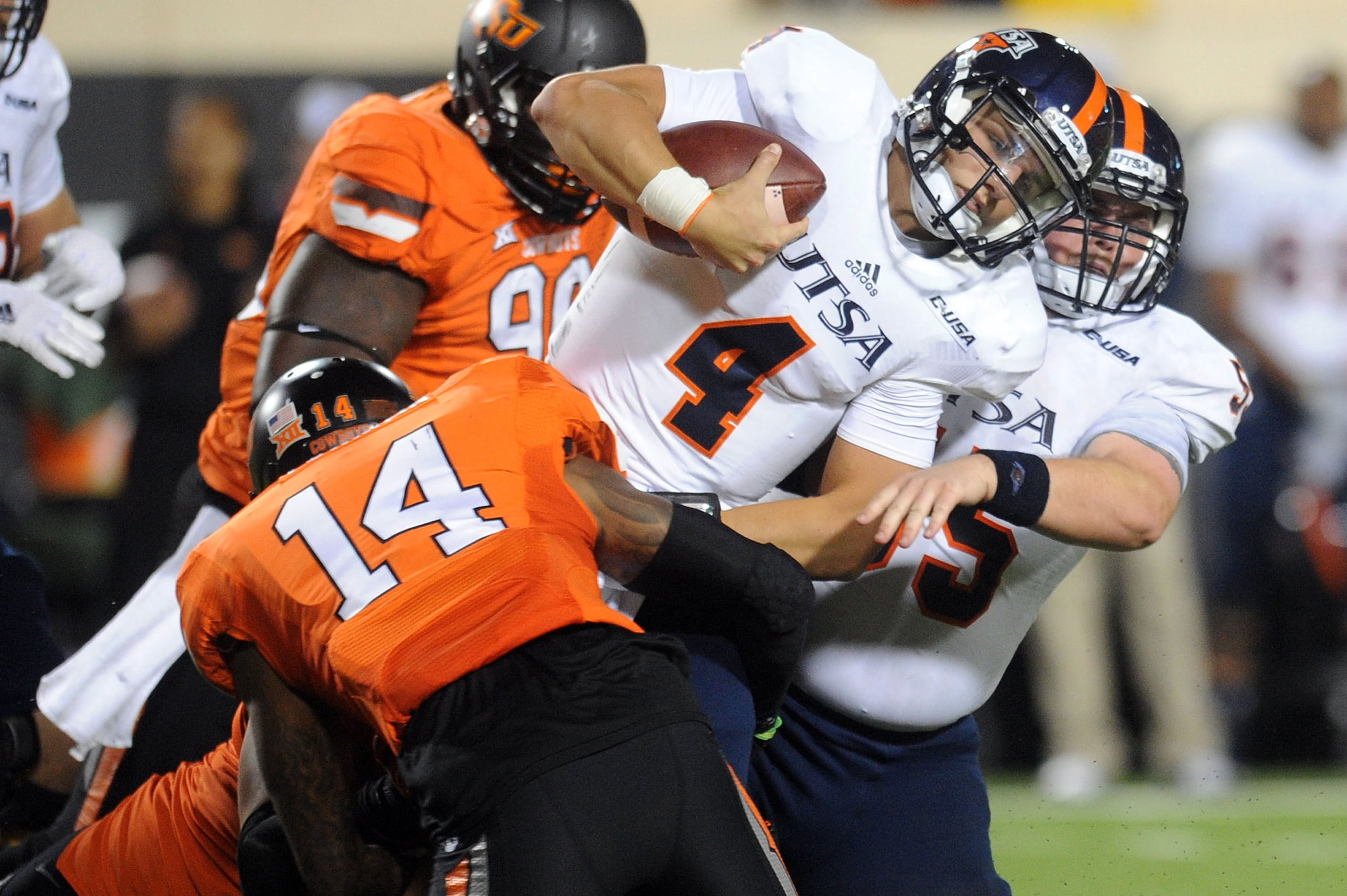 In Tuesday’s Tulsa World Bill Haisten wrote the following about the rise of the Oklahoma State defense:

There are several statistics that can be considered in the assessment of a defense, but no stats are as important as these: third-down conversion defense and points allowed (per game).

I can be talked into third-down conversion rate but the points allowed stat — nope, it’s just not a valid way to measure defensive prowess.[1. This isn’t a shot at Haisten, by the way. I like him — he does good work — just an opportunity to show how college football is shifting statistically.]

Don’t take my word for it though — that’s a Glenn Spencer theory. Here’s what he told ESPN earlier this year.

“How are you going to win the game? How many points per possession?” Spencer asks. “We have a lot more possessions to defend than a lot of teams in the nation.”

Let’s take a look at last year as an example. OSU was 21st in the country in points per game given up at 21.6 — not bad, but probably not elite.

If you look at points per drive given up, though, OSU was No. 6. The reason? It was on the field for 1,049 plays, fourth most in the country.

Contrast that with Florida, which was on the field for 712 plays because its games plod along like a mule walking up a mountain. Florida was ranked ahead of OSU last season in points per game given up but there’s nobody that thinks Florida had a better defense than OSU did.

In fact, Florida gave up 1.95 points per drive which was 49th in the country. That’s not very good and it has the 4-7 record to prove it.

Haisten goes on to compare OSU’s defense this season to defenses in previous seasons, which I think is fair, but I think we should be careful about the way we throw tempo stats out there — especially with teams that play in the Big 12.