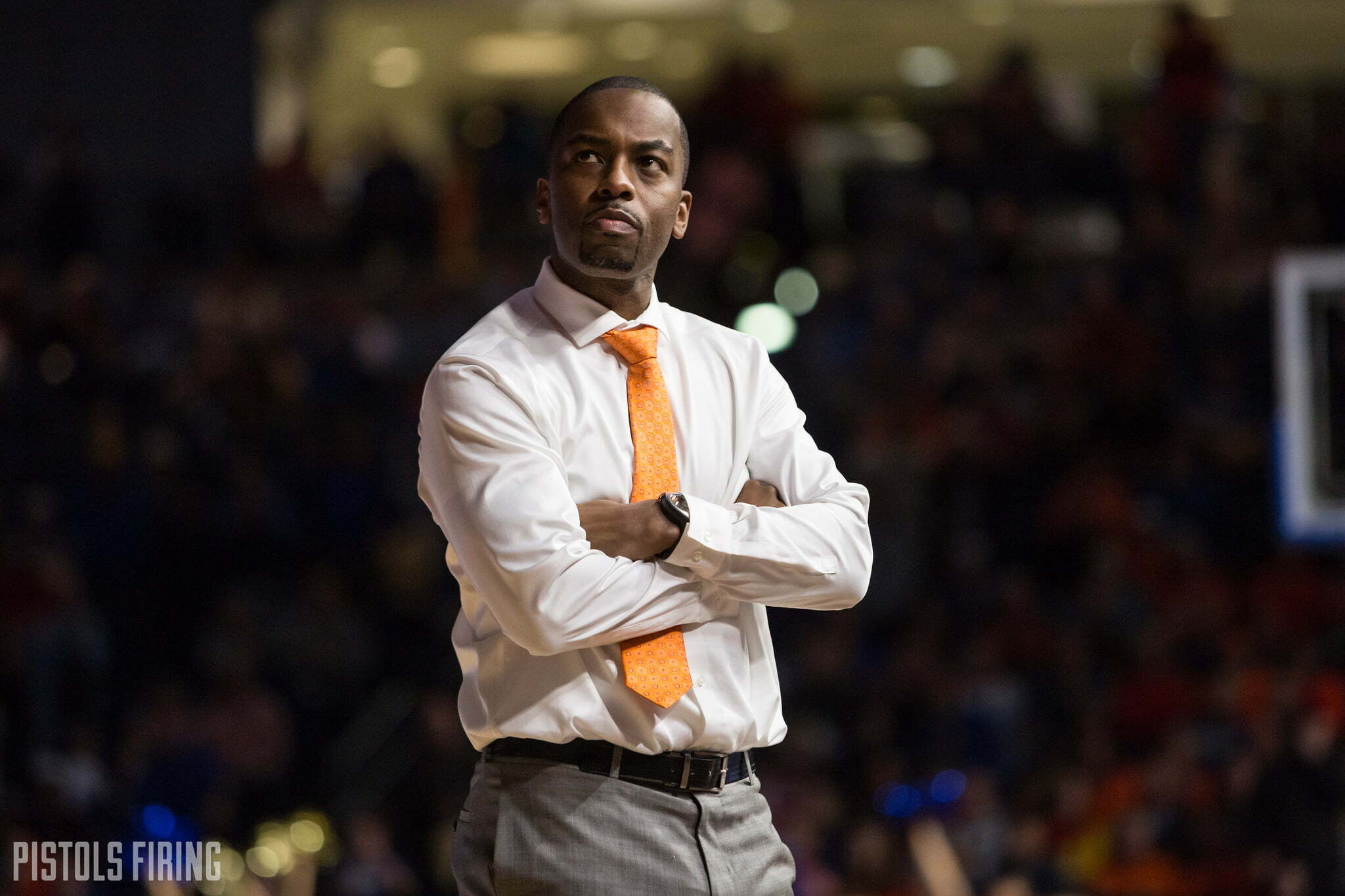 This schedule would be difficult for a team with a lot of experience, so that’s amplified with a team with the youth OSU has. Here are the team’s OSU has played this season, sorted by their rank in KenPom’s adjusted efficiency margin (including OSU).

So yes, the Charlotte loss was a bad one. But it was six of OSU’s players’ first college basketball game. The team was without Michael Weathers and Mike Cunningham, and at one point the Cowboys were up 24 points. And after all of that a sketchy flagrant foul call won Charlotte the game.

So, what’s left, the Tulsa loss? Tulsa beat No. 16 Kansas State, 46-41 a game after beating OSU. One of Tulsa’s three losses is to unbeaten Nevada.

The schedule isn’t going to get much easier. Up next for OSU is Nebraska, who is ranked 25th in the coaches poll. Then the Cowboys get games against Central Arkansas and A&M-Corpus Christi, both should be wins, before starting the Big 12 grind.

“I didn’t want a bunch of freshmen to go on to Manhattan, Kansas in January and be like, ‘Uh oh, where’d these big, athletic bodies come from?’” OSU coach Boynton said after the Tulsa loss. “And an atmosphere and people booing us and all that stuff. I knew the challenges going in. It’s my responsibility now to get the kids ready to play these games.”

The Cowboys adjusted efficiency margin is tops among teams with losing records, at 64. The next closest is Texas A&M (3-4) at 83. Of the top 35 teams in the country in terms of strength of schedule (according to KenPom), only 11 have a winning record. OSU, at No. 32 in SOS, is not among them (OU and Kansas are).

So yes OSU fans, I understand watching your favorite team struggle isn’t a good time, and having winning expectations is a good thing, but to expect an inexperienced team to breeze through this schedule is a little harsh. Will the Cowboys make the tournament this year? Maybe not. Will they finish with as good a record this season as they did the last? It’ll be tough. But it seems like this is only the start of something, especially with what’s coming in 2019.

“I have no desire to be the all-time winningest coach anywhere,” Boynton said. “It’s not part of my motivation. I didn’t get in this to do that. I’m here to try to make kids better. They get better from a basketball standpoint by playing against good competition. It doesn’t look good when you’re 4-4 instead of 7-1 or 8-0, but I think that once we turn the calendar and our team has gone through these things, that we’ll have a better opportunity to have success later on in the season.”