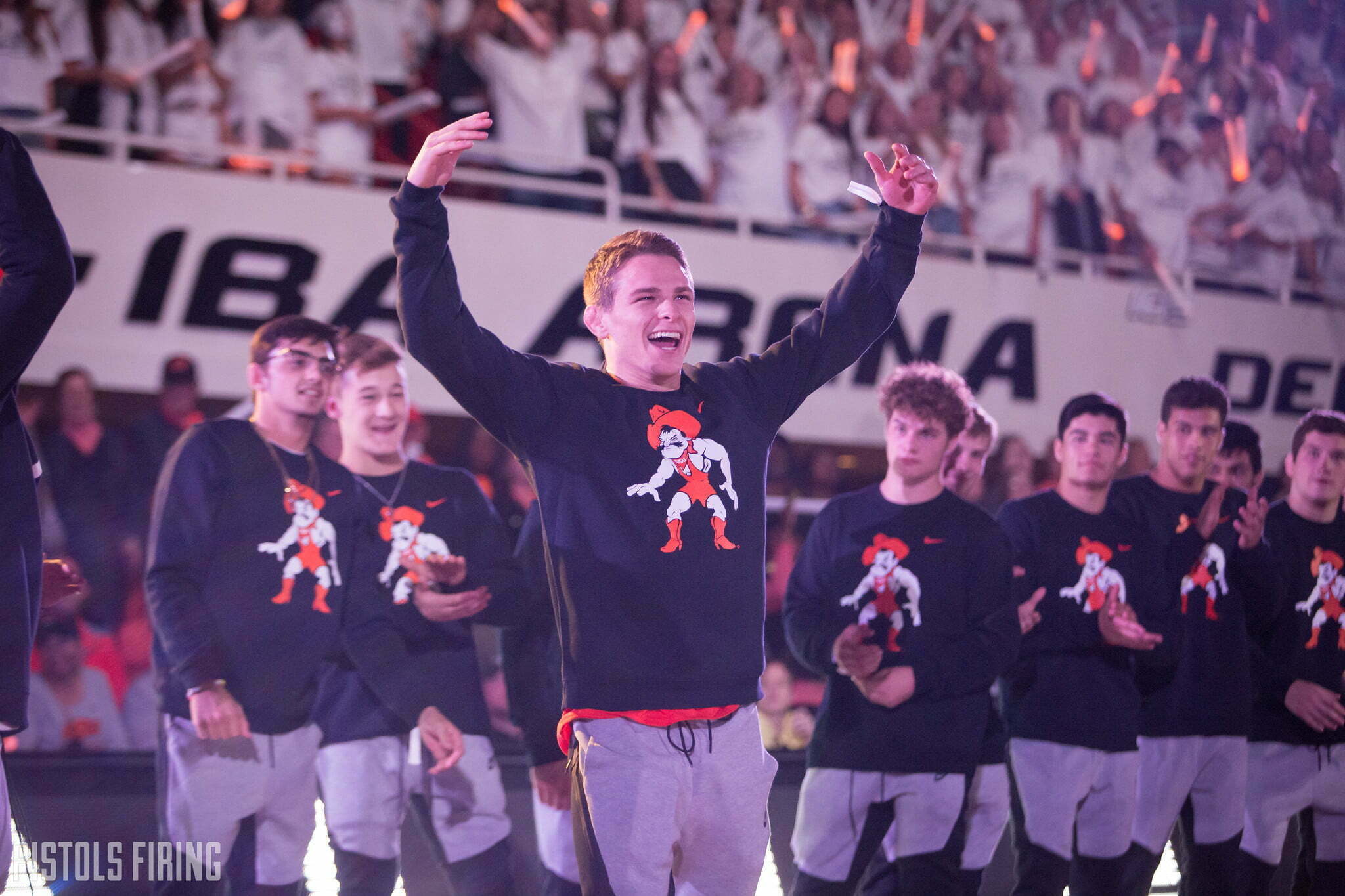 John Smith spoke with the media for the first time this season last Thursday and had a lot to say about the expectations for this year. He opened things up with this.

“The schedule got a lot tougher for us. The month of August was a really tough month for us because we lost a few people. Kaid Brock hurting his knee, (Andrew) Marsden, who’s not in school right now recovering from a health issue. Hopefully we’ll get him back, missed out on a heavyweight, and of course, Daton Fix. We visited with Daton and decided for him to take an Olympic redshirt.

“In about a one-week period, it seemed like it kinda went south on us leading into the season, but we’re gonna be OK. We just need to really focus on dual meets and how we’re gonna win dual meets. I think we’re gonna be a lot tougher tournament team, which is a good thing. But we also take a lot of pride in our dual meets.”

Coach Smith is as straightforward with the media as any coach out there, and this statement is the story of the season for the Cowboys.

The weight decisions and other things for the Cowboys set them up to be a pretty solid tournament team. Even with the injury issues and no Daton Fix, if they can get five high All-Americans and a few other point-scorers at the NCAA tournament, the Cowboys might wind up with a team trophy in March and still hang on to the Big 12 title.

This flips things for duals though. I put together a list of what I thought were the top 10 matches heading into this season. All of them now become that much more intriguing. In previous seasons I’ve written previews where I was just digging for any storyline to find in a dual because you really just knew OSU would drill whoever they were going out against.

It’s just not going to be that way this year, and in a weird way for fans that can be kind of a positive. OSU will send out five or six guys in each dual this season that will be favored most of the time. They’ll send out a few others that can win and a few others they’ll really just be hoping are competitive and can avoid bonus points at times.

There are duals like UNI, Lehigh, Princeton, Minnesota, and even OU where you would have probably given OSU a somewhat comfortable edge a few months ago. But with the way things currently are, an injured Kaid Brock, Daton Fix redshirting, the Shawn Streck transfer not going through, and Dakota Geer staying at 184, these duals all become a lot more interesting.

The underlying stories regarding the development of the top guys is always a point of focus and interest, but this makes each dual throughout the season much more competitive where every match could legitimately flip the dual in the other team’s favor. That’s not something fans want to be seeing, but it’s certainly something that will keep them on the edge of their seats for most duals in 2019-20.