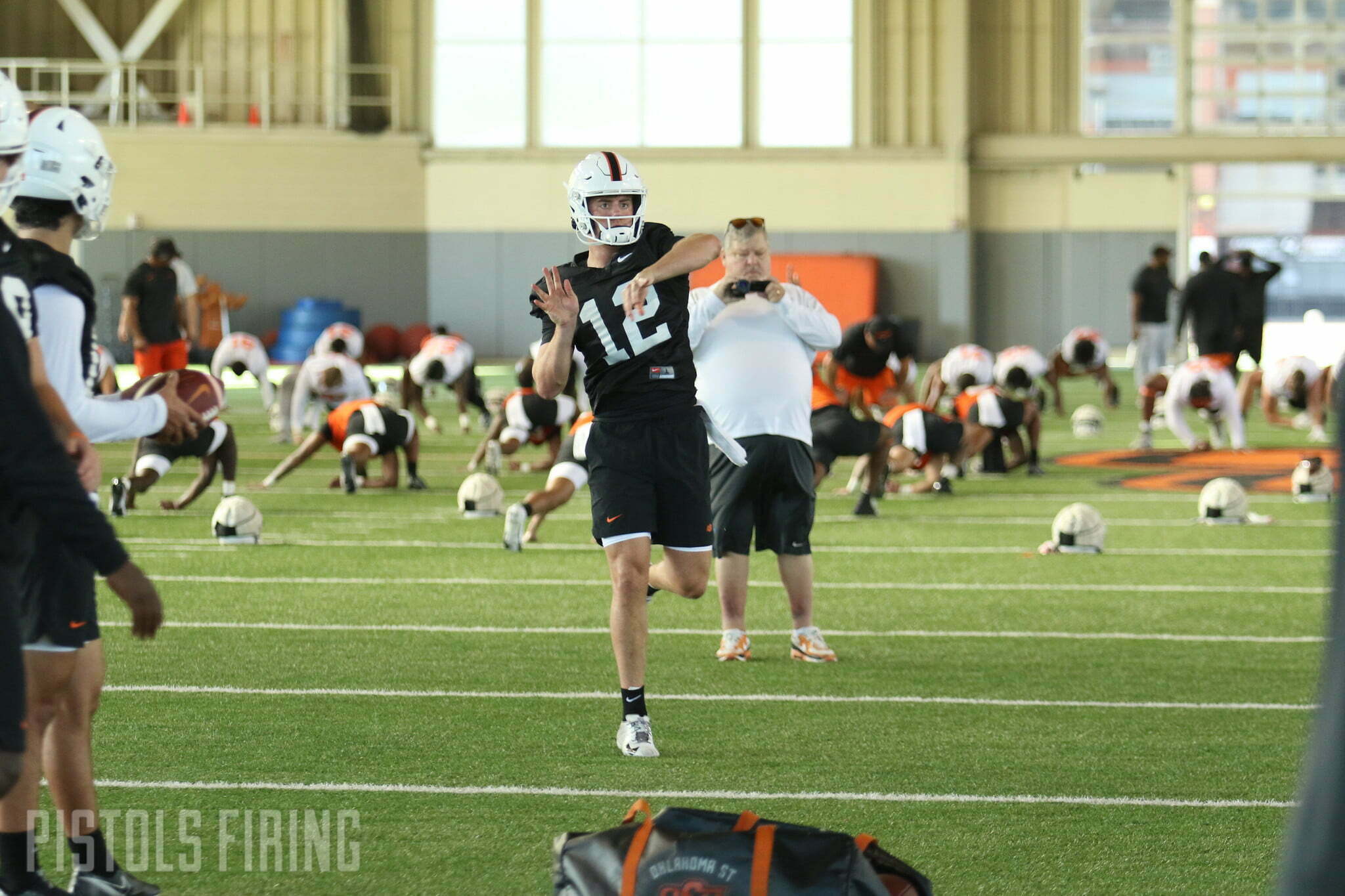 There is no question this fall, just like last fall, who will be QB1 for Oklahoma State when it opens the season on Sept. 1. But with Spencer Sanders obviously entrenched as the starter as fall camp opened on Wednesday, that was not the case for his backup, with Gunnar Gundy and Garret Rangel vying for QB2 duties.

“So, they’ll switch off and rotate and get reps,” Gundy added. “They’ll get the same number of reps for preparation for the first game.”

For OSU, a best-case scenario is that the battle to be the backup is irrelevant — meaning Spencer Sanders makes every start, plays every game and performs at a high level. But again: that’s best-case scenario.

The reality, though, is that Sanders has missed at least one game in every year he’s been the starter the last three seasons. His playing style as a dual-threat quarterback is a blessing — he’s a dynamic threat who pressures defenses in multiple facets of the game — but also a curse. What makes him so great also makes him susceptible to sustaining injuries and, thus, missing time.

“They’re all important,” said Gundy. “We have a number of positions where we have young guys that have to be developed. We get a month to continue to develop them. But they’re still not gonna get the experience and the process of growing and developing as a player until they get in games.”