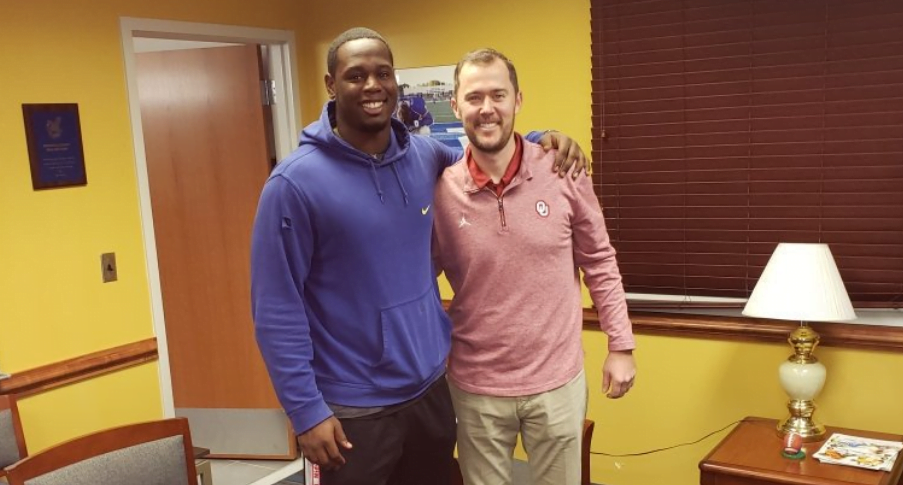 LaRon Stokes out of NEO A&M has seen his stock skyrocket over the last month with new offers from OU and OSU and continued interest from Oregon and Virginia Tech, among others.

It has all the makings of a potential Bedlam recruiting battle for the 2019 defensive end prospect originally out of Tulsa who starred for Noah in high school, and he’s set to visit both this week for official visits, according to GoPokes.com. First up: a trip to Stillwater on Thursday and then a trip to Norman afterwards.

Stokes maintains that Oregon and Virginia Tech are in the mix to land him, too, making what appears to be a four-team race between OSU, OU, Virginia Tech and Oregon.

“We toured the top of the line facilities, the amazing campus and ate some very good food. We also got to check out the Ducks basketball game,” Stokes said. “I enjoyed everything we did. The family atmosphere (was important) because that [is] one of the most important things when looking at a school for me,” said Stokes.

Stokes, you might recall, was the prospect whom Gundy visited last week via Swagcopter. He told GoPokes.com that he enjoyed the spectacle of that appearance and also enjoyed OU coach Lincoln Riley paying him a visit in person.

Early indications are that he may be staying in-state — and my guess would be OU — but it may come down to the wire for Stokes considering his high value as an early enrollee. With him slated to visit town on Thursday, expect OSU to roll out the orange carpet for him in hopes of coaxing him that early playing time and a chance to star from day one could be his best situation.