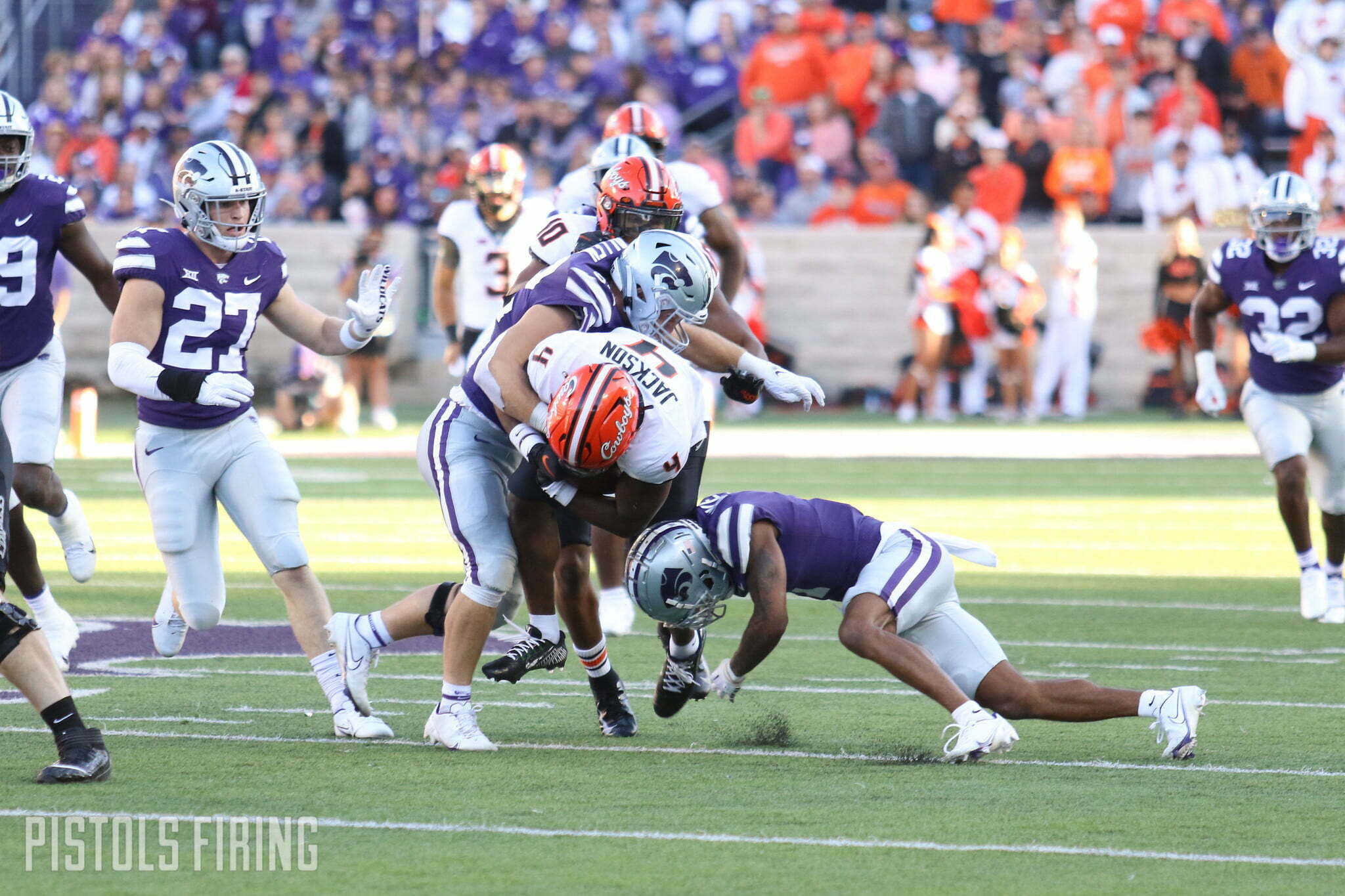 If you can’t consistently and effectively run the ball, you can’t sustain drives or protect leads. It’s a lot harder to impose your will on your opponent. When you struggled to hold your ground, you quickly switch from the aggressor to the passive party.

Oklahoma State is reeling, fresh off of back-to-back losses across the Kansas border. In just a couple of weeks, the Cowboys went from Big 12 favorites wielding one of the most potent offenses in the country to getting blanked by Kansas Starte and lapped by Kansas. What happened? OSU couldn’t consistently and effectively run the ball.

That only got worse with the loss of starting running back Dominic Richardson for the Kansas State game and the loss of a dual-threat quarterback like Spencer Sanders for the last two weeks. His ability to command attention from the defense has helped cover those warts all year.

Although injuries along the offensive line and elsewhere have been a big contributor, the Cowboys’ rushing attack has been subpar all season, especially by the standards of Mike Gundy’s best teams.

Heading into the final three games of the regular season, OSU ranks ninth in the Big 12 in rushing offense at 138 yards per game and ninth in yards per carry at 3.7. If those placements and averages hold down the stretch they’ll each account for the Pokes’ worst efforts since 2015. OSU has failed to net 200 rushing yards in a single game so far this year. The last time OSU didn’t reach that mark in a season was 2002.

That 2015 OSU team also put up points in bunches early behind a talented QB and star-studded receiver corps. But it was so inept at rushing the ball that Mike Gundy had to pull Mason Rudolph off the field in the red zone in favor of JW Walsh, an extra rusher. The Cowboys have had both skills covered when Sanders is on the field to at least keep defenses honest. But with a limited or absent Sanders, OSU managed just 1.8 yards per carry in the blowout in Manhattan and a slightly better 3.2 in Lawrence.

Without Sanders, there’s no apparent fix available for OSU’s rushing woes unless coaches can figure out a way to scheme around those deficiencies, a tough task in mid-November. Neither Garret Rangel or Gunnar Gundy can manufacture first downs with their feet to the extent that Sanders can.

“I continue to say that, but regardless, it’s a fact: We have to find ways to rush the football and maintain some on-the-ground yards,” said Gundy on Monday. “Then we’ve got to improve in the running game. We’ve got to commit to more of it and play harder up front and be gap sound and slow down the run. That’ll get us back on the field offensively and then find a way to stay balanced.”

Both this Cowboy team and the 2015 Pokes enjoyed a hot start and sputtered down the stretch. OSU rattled off five straight to start this season and was a blown lead away (due in large part to running game woes) from starting 7-0. That 2015 team did one better, starting 10-0 before its loaded late-schedule collapse and a 10-3 finish.

Ground gains won’t get much easier on Saturday with Iowa State leading the Big 12 in rushing defense, as well as scoring defense and total yards allowed. But regardless of who they are facing, if the Cowboys don’t get something figured out on the ground, and fast, their final record could look much worse.