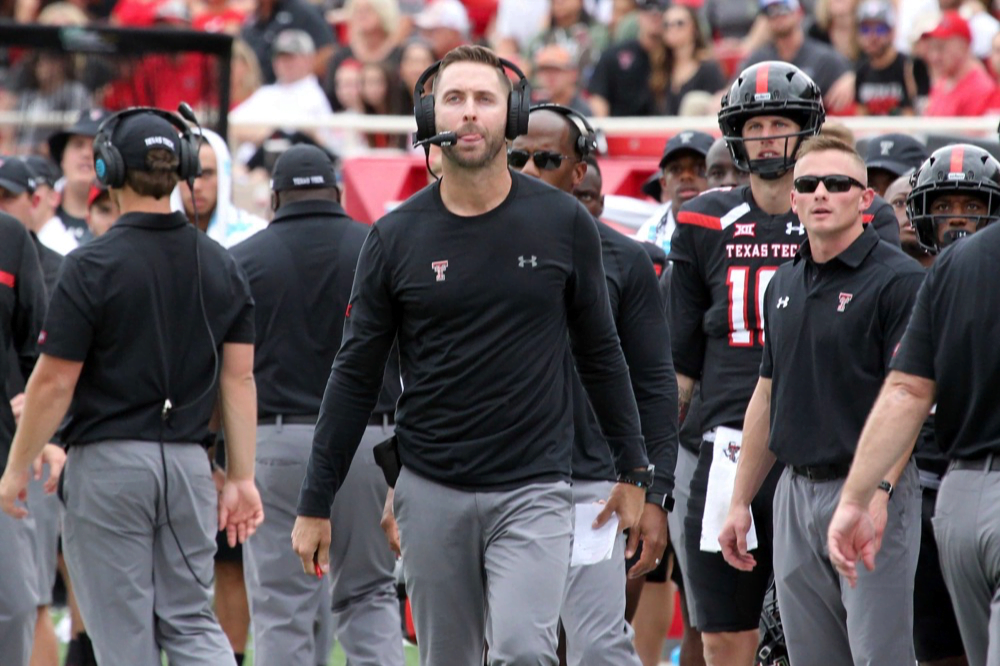 After OU obliterated TCU in Norman on Saturday night, Oklahoma State is one game from regaining the passenger’s seat to Arlington and the Big 12 title game.

Here’s what needs to happen: At 5-2 in the conference, OSU has to win out against Kansas State and Kansas at home and 5-2 TCU must lose either at Texas Tech next weekend or to Baylor at 11 a.m. the Friday after Thanksgiving. TCU holds the tiebreaker over OSU after winning in Stillwater.

If OSU sweeps the Kansas schools and either of those TCU losses happen, it’s going to be Bedlam II for the Big 12 Championship. Far-fetched? Maybe, but much crazier Big 12 losses have happened.

So there’s precedent of 1. TCU losing in Lubbock and 2. TCU nearly being upset as a top 10 team in Lubbock.

And yes, the Pokes have to take care of business, but the path to Arlington is not a very complicated one. Despite losing two home games this season, they can still play in their fifth Big 12 title game in seven years if Kliff and Ko. get it done on the plains next Saturday.

The other interesting scenario is this: OSU, TCU and WVU all win out (WVU plays at OU in the last game) and all four teams end at 7-2. Here’s how that tie would be broken.

The conference records of the three or more teams will be compared against each other in a “mini round-robin” format.

Here would be those four records.

UPDATE: I may have gotten this slightly wrong. It appears that in this scenario OU would be the No. 1 seed based on the round robin records and the fact that OU beat TCU. Then TCU, WVU and OSU would all be thrown back into the mix for the No. 2 seed. Because TCU beat both WVU and OSU, it would be the No. 2 seed. You get the same outcome but use a different method to get there.

As Berry Tramel laid out, there exists a scenario in which TCU loses, WVU beats OU and OSU wins out and OSU and WVU both get in (while OU is left at home). That would be … amazing.

So Oklahoma State fans are rooting for OU to win out and for TCU to lose. That appears to be the only path. Here are the schedules for the top four teams in the Big 12 after seven weeks.

OU: at Kansas, WVU at home
OSU: Kansas State at home, Kansas at home
TCU: at Tech, Baylor at home
WVU: Texas at home, at OU

Frankly, the idea of a Big 12 title game feels as silly now as it did when it was unveiled. Who wants to watch TCU-OU II? Is Bedlam II fair to an OU team that went on the road in Stillwater and got it done? It all feels so contrived and bizarre, but at least it might help Oklahoma State this time around.

Here’s a look at the updated Big 12 standings.

? Game Time Announcement ?#TexasTech's Nov. 18 matchup with TCU will kick off at 11 a.m. The game will be televised on @FS1. #WreckEm pic.twitter.com/I7TannvpxX