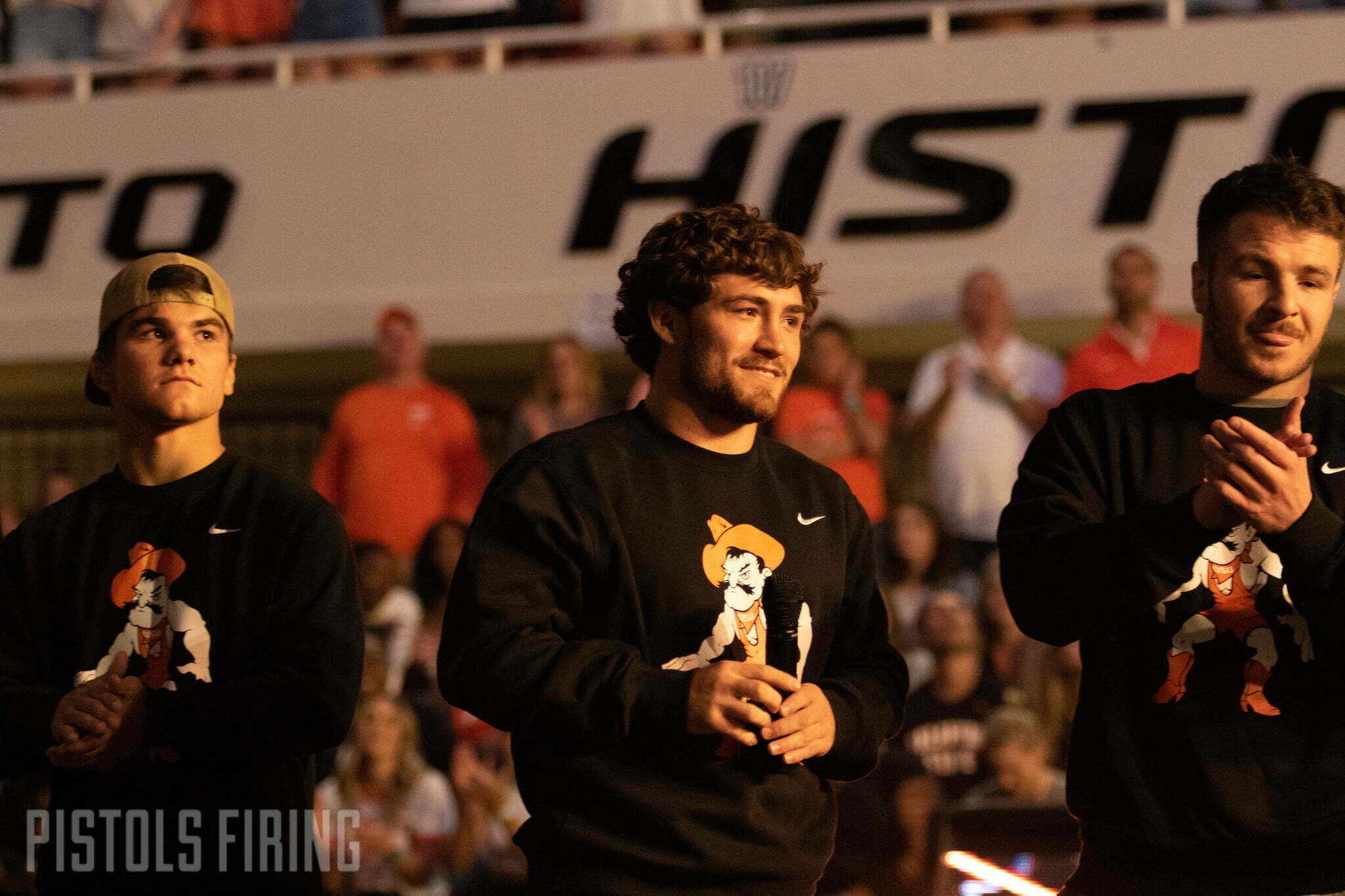 We had a little bit of a break in wrestling over the holiday. So as we go into the Minnesota dual this week, I thought I’d do a quick mailbag and answer some of your questions from Twitter.

Unfortunately, I don’t see this one happening any time soon. I want it to happen, I believe the administration wants it to happen, and I know John Smith wants it to happen. But the conversations I’ve had with people in the positions to make it happen, don’t really give me the opinion that it will anytime soon.

There are unfortunately way too many external factors that make it a difficult move for the administration to make currently. Conference realignment, NIL, and the Supreme Court decision in the NCAA vs. Alston ruling have opened up a lot of financial uncertainty for a mid-sized athletic department like OSU. Right now, they really just can’t know exactly what all these things are going to cost, and adding another sport would possibly take away funds from the current operating budget of other programs. Add to that, D1 women’s wrestling is still in its infancy and there’s just not a lot of competition available to schedule.

For it to happen anytime relatively soon, I think you’d need a megadonor willing to put up a very large amount of money to get it going. Not only to establish facilities but to endow staff, scholarships, etc… for at least a few years. Then beyond that, it would hopefully build, sustain, and grow a fanbase to stand on its own a bit. There are influential wrestling people in the state with funds to potentially do that sort of thing, but I’m not aware of anything on the horizon.

They’re looking for them. OSU actually made some pretty significant upgrades to their locker room recently, but I know they want to do more. Coach Smith took us on a walkthrough a few weeks ago, and the new one is nice but there’s still a big push for the standalone, mainly to expand the wrestling room itself, which unfortunately is still pretty small relative to a lot of the ones you see around the country. When and how they’ll get a donor, I’m not sure. But they’re actively working on it.

I think with NIL, it’s the same as any other sport. You’ve got to get businesses engaged with your athletes to sponsor them. It’s networking, it’s finding mutually beneficial advertising opportunities, etc… Oklahoma State wrestling has a brand. Use it. I actually worked a small deal between my wife’s family business and a few wrestlers last season. It received a lot of positive feedback on their business side. It’s just a matter of finding and making those connections.

As far as the transfer portal goes, I don’t have a direct answer on how to go about it, but it’s absolutely crucial for Oklahoma State to tap into that. Michigan made their big jump into second last year with a lot from the transfer portal. Penn State had two or three guys that helped them out a lot, Iowa grabbed their title a few years with a lot of portal guys… and on and on. Again, I don’t know the best angle to tap into it like those other schools have but to win in the current wrestling/college sports environment, it’s a must.

Angelo never officially committed to OSU. Anthony (the middle brother) never signed with OSU. They’ve all moved back to Texas to my knowledge, and Angelo is now wrestling for Melissa High School.

I haven’t heard anything official. Last I knew they were still evaluating but I haven’t spoken with anyone about it recently.

You can watch the videos from the last media availability here. John Smith said the best guys will wrestle. Kaden Gfeller says he’s comfortable at 157. Take whatever you want from that.

I think what we’ve seen so far at 49, 97, and HWT is largely positive. HWT is very tough nationally, so expecting a very high finish for Doucet at the NCAA tournament is probably a bit unrealistic but so far he’s beating the guys he’s supposed to. Voinovich has looked great early but we’ll learn a lot in the next few weeks. Really tough tests for him at Bedlam and Minnesota.

I would say the two concerns would be this.