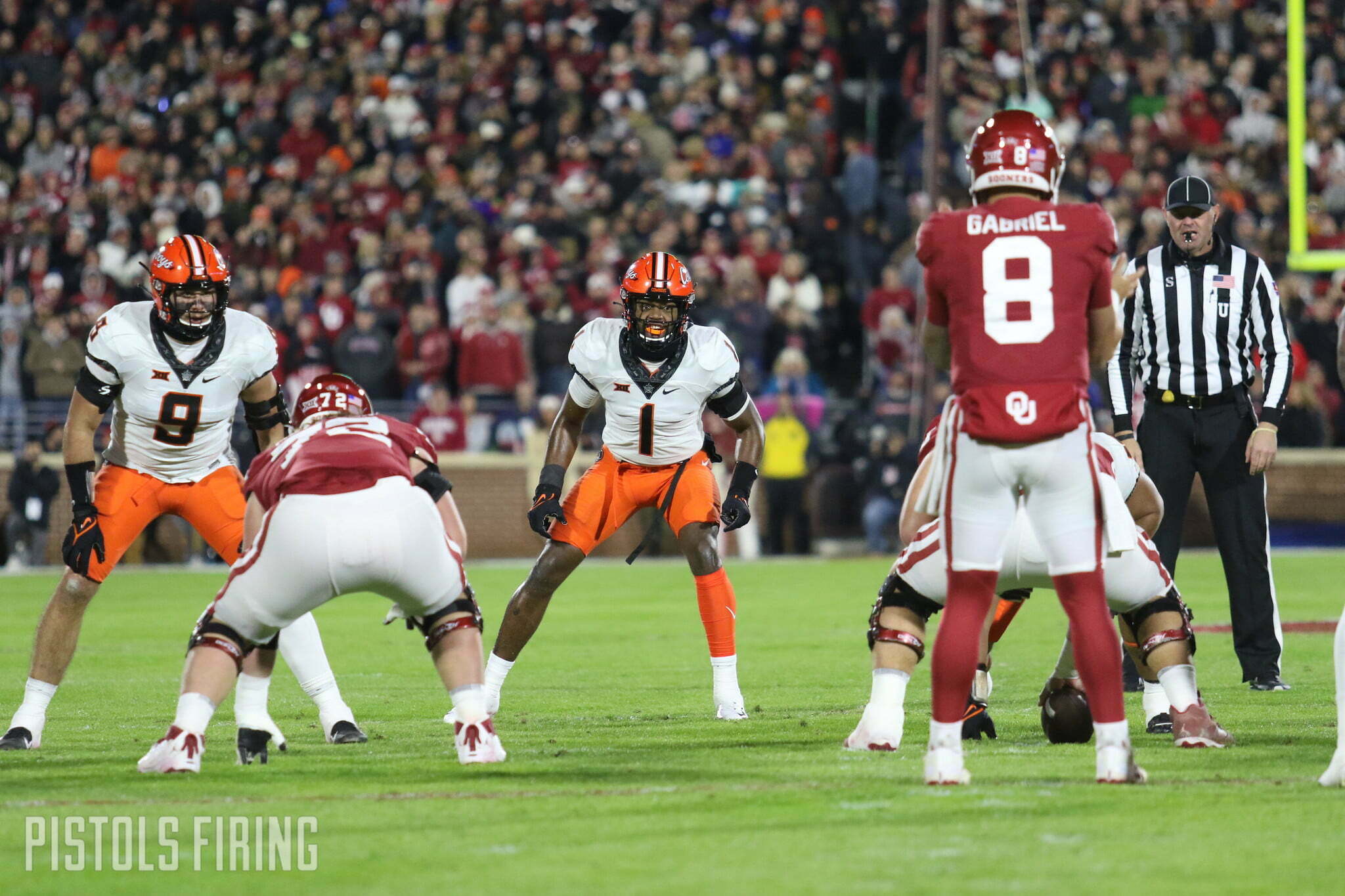 OSU linebacker Xavier Benson amidst a chaotic week in the transfer portal that saw the program lose numerous contributors took to social media on Thursday to share a message of support and encouragement for fans.

“Speaking on behalf of @CowboyFB and the recent events that have brought concern and conflict to the fan base, and players included. Know this, not everyone sees EYE TO EYE and that is OKAY it’s called being a man and making your own decisions to benefit your ideals,” he said on Twitter. But in saying this @CoachGundy and my coaching staff has a plan of action, and the players that choose to stay will continue to fight for this program and keep moving forward and stay L&T #gopokes #saddleup“

Benson was a mainstay in the middle of OSU’s defense this season and figures to be a key piece of the puzzle again in 2023. He totaled 76 tackles on the season.

Rising freshman tailback Ollie Gordon also jumped in the mix on social media (albeit to a much lesser extent). Gordon didn’t have a rallying cry for the fanbase but shared enough to reassure some fans that, despite the mass exodus that’s taken place this week, he appears to be locked in with the program.

OSU has lost players both young and old but losses of the former has particularly stung with former four-star recruit Braylin Presley, Stephon Johnson Jr., John Paul Richardson and Mason Cobb among those who are transferring elsewhere but seemingly had a bright future in bright orange. OSU is losing more than a dozen scholarship players from its roster including a slew of departures at receiver like Presley, Johnson Jr. and starters John Paul Richardson and Bryson Green.

It has felt like there’s been a lot of doom and gloom surrounding the program since the bowl loss which punctuated the season with five losses over its final six games to close the year. Since then there’s been a mass exodus via the portal and a lot of uncertainty about the future of the program and the state of where things are and are headed under Gundy. But Benson’s message serves as a bright spot for now that those that are staying are fighting to keep things rolling, and the hope obviously here is that he speaks for a large faction of the team that behind the scenes is holding things together amid unrest.